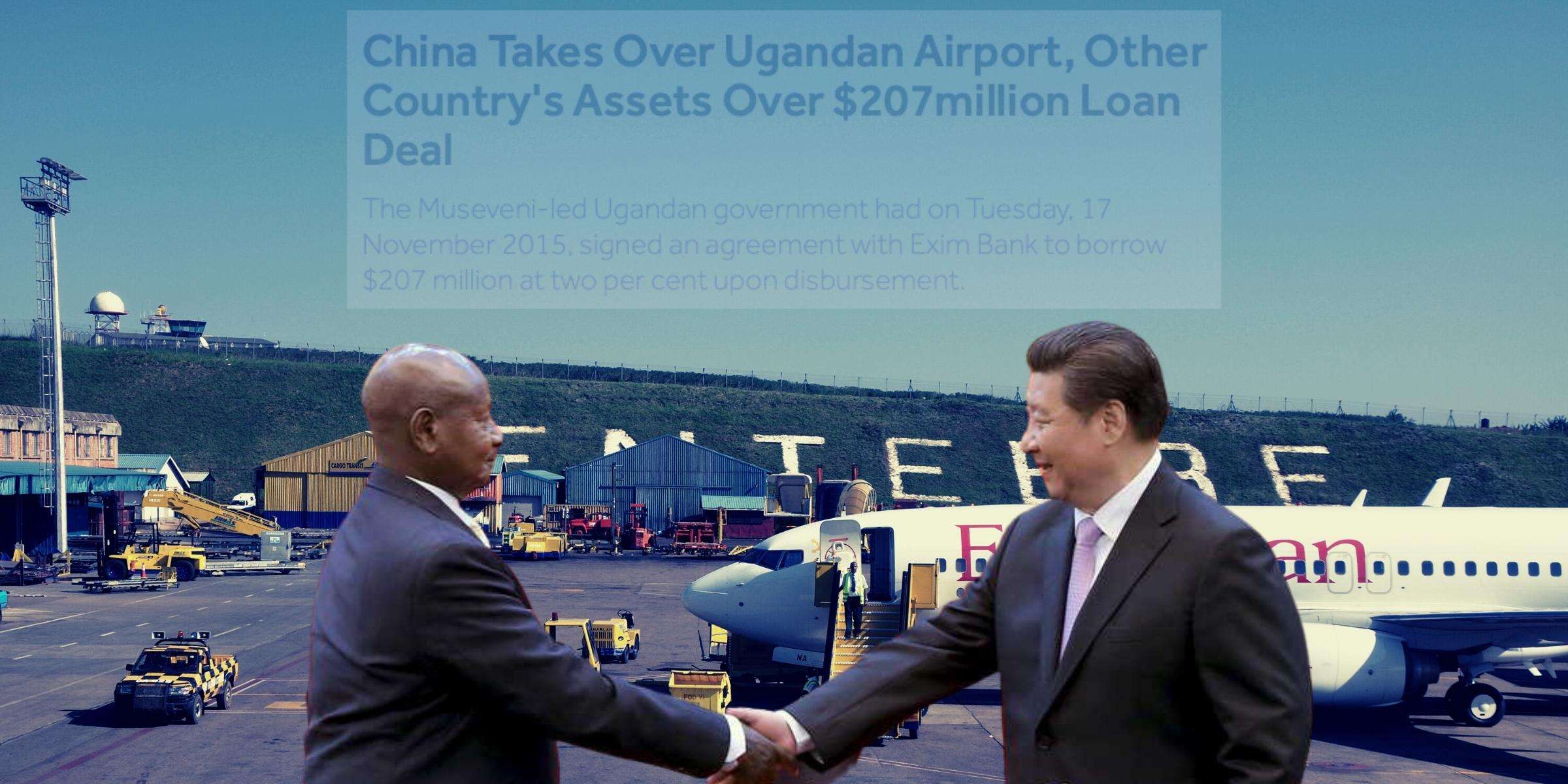 Last November, a Ugandan newspaper published an explosive report claiming that the country could lose the Entebbe International Airport to China in an arbitration case with China EXIM Bank, which is financing the $200 million expansion of the facility.

The story, initially published by Uganda’s Daily Monitor, quickly took on a life of its own, morphing as it spread across the regional and global press.

In India, state-aligned, private news outlets entered the fray, mixing the original report with disinformation. One prominent Indian website falsely claimed that Uganda has already “lost its only international airport.”

But the text of the actual contract — revealed last month by AidData, an American research organization — is no laughing matter. It reveals a more complicated story and presents yet another cautionary tale about Chinese lending.

No, China has not taken control of the Entebbe International Airport or, for that matter, any of Uganda’s airports.

The $200 million Chinese EXIM Bank loan is actually in its grace period. In other words, Uganda isn’t even obligated to repay China right now.

So the claims that Uganda has defaulted on its loan are not just wrong, they’re also preposterous.

The repayment period is scheduled to begin in less than a month — on April 1, 2022.

What Does the Entebbe Airport Loan Contract Actually Say?

The actual contract is a mixed bag for Uganda. Let’s break down the good, the bad, and the ugly of the Entebbe International Airport contract.

One, the loan funds go toward constructing new passenger and cargo terminals at Uganda’s international airport, rehabilitating its runways, and linking it to a highway that goes to the capital, Kampala.

Tourism is a big part of the Ugandan economy. Through these infrastructure upgrades, Uganda hopes to attract more foreign visitors flush with cash.

Two, the $200 million loan comes with a low interest rate of two percent. In the development financing world, that classifies as “concessional.”

Three, as mentioned earlier, Uganda gets a seven-year grace period. Not bad.

Four, repayment is scheduled over an extended 20-year period.

Now, repayment is where things get tricky.

The airport expansion idea may have been a more solid bet pre-COVID. But the pandemic has hit tourism-dependent countries particularly hard. And even amid the ongoing recovery, the future outlook of the tourism industry remains cloudy. This alone rationalizes Kampala’s attempts to renegotiate the loan contract. But the pandemic isn’t the only reason why the Ugandan government would want to do that.

The Entebbe International Airport expansion contract requires the Ugandan government to deposit all of the revenue of the Civil Aviation Authority, which operates the airport, into a bank account controlled by China’s EXIM Bank.

Yes, you read that right. All of the revenue from the airport, even from the existing terminal, has to go into an account that’s controlled by China EXIM Bank — a foreign government-owned bank. And those funds will first go toward the repayment of the loan.

Now, escrow or debt-service reserve accounts aren’t uncommon in the project finance world. But their use in sovereign lending is unusual, as the Wall Street Journal notes.

Uganda is by no means a rich country. Its GDP per capita is just over $2,000. And it has a relatively low tax-to-GDP ratio. The Ugandan government needs to develop hard infrastructure to drive economic growth. It also must use scarce public funds to improve the quality of life and skills of its people.

But China will get first dibs on the cash generated by the airport’s operations — even before Uganda can spend it on services like education and health care.

Now, if those terms weren’t egregious enough, wait till you see what the contract says about resolving disputes over the loan, including non-payment.

The contract states that if the two parties — the government of Uganda (the borrower) and China EXIM Bank (the lender) — fall into a dispute over an issue relating to the loan or if Kampala defaults on the loan, then they will go to arbitration.

And guess where will those arbitration hearings take place?

Yes, you read that right again. So Uganda is borrowing from a state-owned Chinese bank and the loan contract requires that any arbitration “take place in Beijing.” It also stipulates that the “arbitral award shall be final and binding upon both parties.” On top of all that, Uganda agreed to exclude the Entebbe Airport loan from developing country debt restructuring initiatives like those of the Paris Club.

It’s these terms that the experts at AidData call “aggressive” and “toxic.”

To be clear, the contract doesn’t state that China can seize Uganda’s Entebbe International Airport in the event of a default. But it’s conceivable that a Chinese arbitration court could award the airport to Beijing should Kampala default on the loan. And in such a scenario, the Ugandan government would have no choice but to oblige.

Naturally, Ugandan politicians have reacted with alarm since some terms of the airport project loan contract began to be revealed last year.

Last October, before the “China takes over Uganda airport” became an international myth, Ugandan Finance Minister Matia Kasaija seemed to apologize before his country’s parliamentarians. He told them: “We saw that one [China EXIM Bank loan] to be the cheapest alternative. And we jumped on it. I would apologize that we shouldn’t have accepted some of the clauses.”

The Entebbe International Airport is Not a Chinese Debt Trap

So here’s the bottom line: Uganda faces no immediate danger of losing its sole international airport. But while the loan is being offered on concessional terms, it includes some very tough provisions heavily weighed in Beijing’s favor. It forces Kampala to prioritize Chinese debt repayment above all other spending obligations.

With that said, the Entebbe International Airport contract is not a Chinese debt trap. For two decades, Beijing has been pushing domestic companies to pursue business abroad as part of its “Going Out” policy.

State-owned banks like China EXIM Bank finance those projects, which are being built by Chinese companies. The Entebbe International Airport expansion project is being led by the state-owned China Construction Communications Company or CCCC. Institutions like the China Development Bank and China EXIM Bank lend, even to high-risk creditors, but they expect to get repaid.

As an AidData study of a hundred Chinese debt contracts with foreign governments shows, the tough terms in the Entebbe International Airport loan contract are characteristic of Chinese lending. There’s a lesson here that many recipients of Chinese financing are now learning. Karoli Ssemogerere, a Ugandan political analyst, rightly observes: “For years, there was a misconception that Chinese money was free money. But China is now increasingly monitoring its debt portfolio with great interest.”

Through the Belt and Road Initiative, China has now become the world’s largest official creditor. It leverages the great unmet demand for infrastructure financing in the developing world.

Beijing plays a distinct role in the development financing space. It builds and lends all over the world, financing projects other lenders find “unbankable.” But it provides little in grants. And even when China offers concessional loans, the terms of its contracts are very tough, even with poor countries or friends like Russia.

Uganda will begin debt repayment next month. If the airport doesn’t generate enough revenue to repay the loan, then the federal government, according to Finance Minister Kasaija, “will have to step in” and make those payments. So, the immediate risk is to the Ugandan government is not the loss of its sole international airport, but that it will have to redirect precious public resources to repaying a Chinese bank.

The Ugandan government will soon see whether its bet on China will pay off.

In this article:Belt and Road Initiative, China, Featured, Uganda