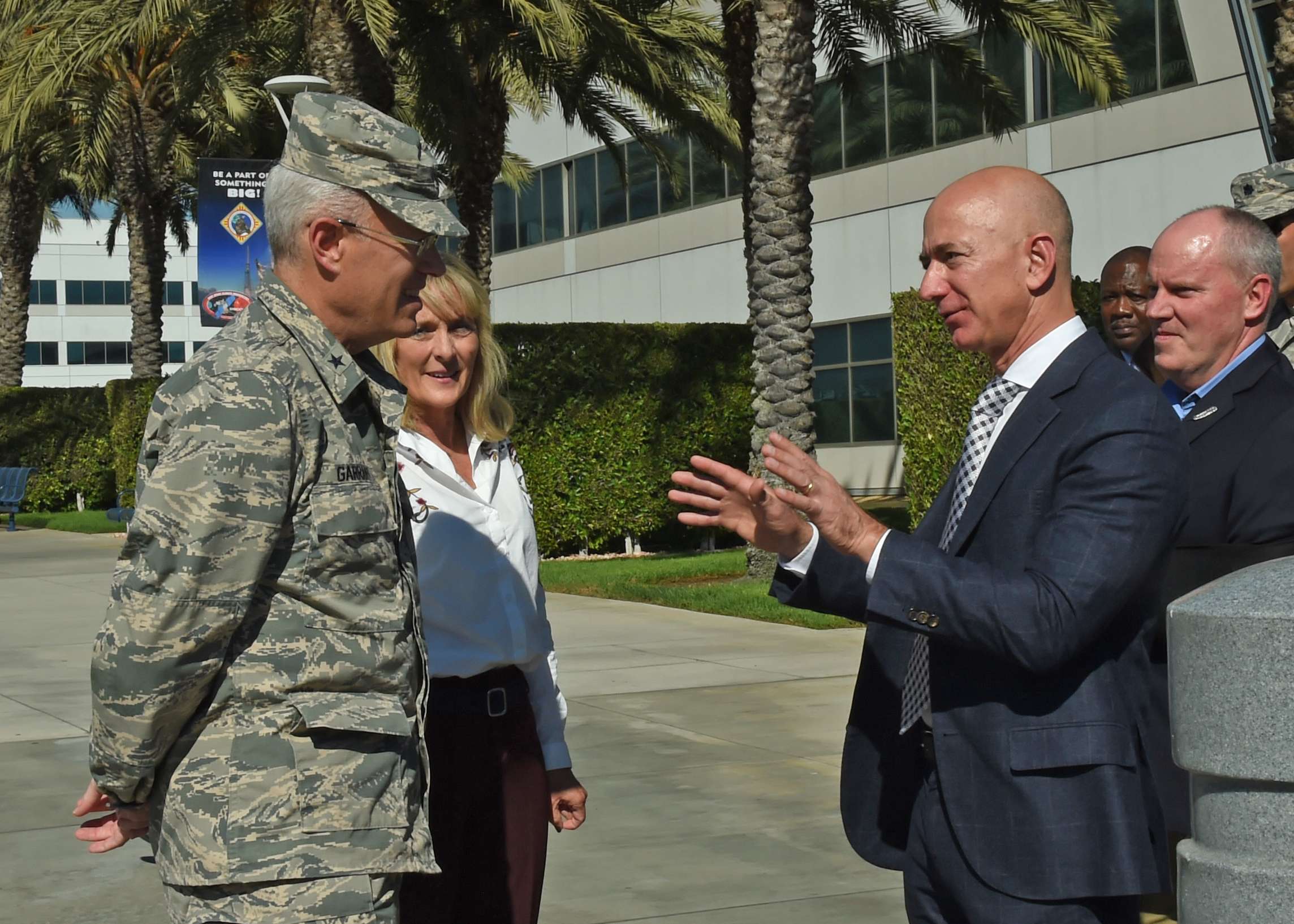 The announcement from the private spaceflight company came just a few weeks after United States Vice President Mike Pence announced that the country planned on sending American astronauts back to the surface of the moon by 2024. According to a statement made by Bezos during the event, Blue Moon would be able to ferry people to the lunar surface by 2024 as well.

A rather large mockup of Blue Moon was on stage as Bezos addressed the audience and laid out the long-term plans of the Blue Origin company. In addition to laying out his lunar ambitions, the richest man in the world also talked about colonizing space through giant structures that orbit the earth, an idea borrowed from American physicist Gerard O’Neil.

Although orbital space settlements are still very much science fiction, Blue Moon is real enough. Bezos wants to put the spacecraft on the surface of the moon within the next five years. Details of the mission suggest that Blue Moon would fire satellites into the lunar orbit for data collection before landing on the surface. After touchdown, it would release a number of rovers on the moon for various purposes.

A brand new rocket engine would help this new spacecraft land after the satellites have been dispatched. Blue Moon will land upright on the surface with the help of targeted lasers and robotic arms. A simulated video of the planned mission has also been released by the company for space enthusiasts. Bezos said that Blue Moon had six customers already, including academic institutions.

However, Blue Origin still faces many hurdles before Blue Moon can take-off for the moon. For starters, spacecraft need a launch vehicle to carry them into space, and Bezos did not elaborate which vehicle would perform that crucial job. The manufacturing of satellites is just one part of the space puzzle. Finding cheap ways to put them into orbit is another. Although Blue Origin has been developing reusable rockets, their reliability remains unclear.

The expected timeline of the mission is also significant because the National Aeronautics and Space Administration (NASA) has asked private space companies to submit proposals in light of the government announcement to put boots on the lunar surface within the next few years. The plea to private firms came as NASA struggled to meet deadlines and requested delays on other missions it had been tasked with. U.S. President Donald Trump has even slashed the budget for the agency.

Private space companies have stepped in to fill the void created by the strained U.S. national space agency. In addition to Blue Origin, SpaceX and Virgin Galactic are all working on the development of launch vehicles to take a variety of payloads into orbit, from small rovers to electric cars and space tourists. According to The Atlantic, the U.S. government is actively considering asking a commercial U.S.-based company to launch a space capsule made by NASA into a lunar orbit to side-step delays and budget overruns.

A report by CNET indicates that Blue Origin is working on building a big rocket named New Glenn that can carry heavier payloads (for example, commercial satellites) into orbit. These launch vehicles are set to compete with the Falcon 9 rocket of SpaceX. Blue Origin has been using the Kennedy Space Center in Florida for testing rockets, and recently signed a deal with NASA to use another space facility in Alabama.

SpaceX, owned by billionaire and cult-hero Elon Musk, is focused on developing large launch vehicles for taking payloads to the planet Mars, but Musk has not masked his interest in the moon. With NASA chief Jim Bridenstine sitting next to him, he recently stressed how important it was for the Americans to have a permanent human presence on the moon. However, apart from Blue Origin, other private space firms have not gone public with their plans for missions to the moon.

As the Chinese put pressure on the United States with their growing space prowess, the emerging competition between Chinese and U.S. space firms will likely play a key role in the development of new technology. Since private corporations have a history of delivering products on time, perhaps space tourism—a venture in which many private space firms, including one owned by billionaire Richard Branson, have heavily invested—can finally take off.