Andrew Yang Is Calling for a Universal Basic Income. What’s That All About? 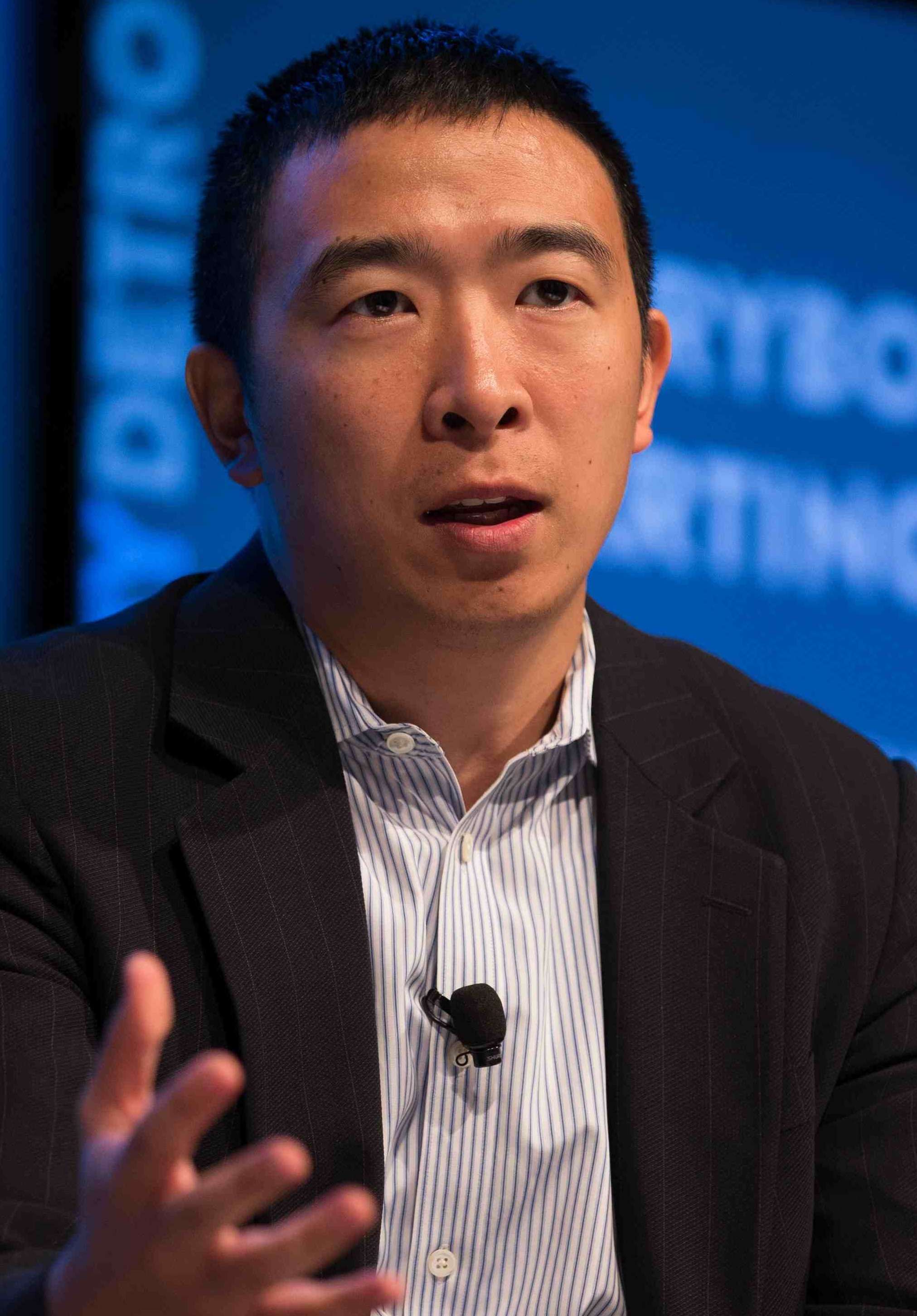 Whether it’s a question on immigration, race relations, or tariffs, Democratic nominee hopeful Andrew Yang seems to pivot back to his pet proposal: giving all American citizens age 18 and above $1,000 per month, no questions asked.

While Yang’s proposal may seem odd to the average American voter, it’s actually not entirely novel. What Yang calls the “Freedom Dividend” is more commonly known as a Universal Basic Income or UBI. It guarantees a minimum income for all citizens. And it’s gaining currency among economists and development practitioners worldwide.

For Yang, a UBI is necessary to deal with the fallout from job losses in manufacturing and other industries that have been and will continue to be caused by disruptive technologies like automation.

According to Yang’s campaign website, four million manufacturing jobs were lost to automation by 2015 and the “smartest people in the world now predict that a third of all working Americans will lose their job to automation in the next 12 years.”

The Yang campaign states that current policies are not equipped to deal with the unemployment crisis that will inevitably come with the technological shift. He foresees the Freedom Dividend, funded by a value-added tax or VAT, to provide all Americans with a baseline income that will cover basic necessities.

Yang argues that the implementation of the Freedom Dividend in the United States would actually encourage people to find work and increase the bargaining power that workers have. He also hopes that his plan would mean that all Americans, and not just large corporations, would benefit from automation.

How Does Yang Plan on Paying for the Freedom Dividend?

Under Yang’s proposal, all Americans over the age of 18, regardless of employment status, would receive the Freedom Dividend. As questions arise over the viability of this plan, Yang assures skeptical voters that “it’s easier than you might think.”

His plan to pay for Freedom Dividend comes from four sources: current spending on welfare programs, a VAT, new revenue generated from economic growth stimulated by the plan itself, and higher taxes on top earners and pollution.

The U.S. currently spends approximately $500 and $600 billion on welfare programs. Under the Freedom Dividend, citizens would have a choice between receiving their current benefits or getting the $1000 per month.

One of the biggest sources of Freedom Dividend will be a VAT levied on large companies. Yang told ABC News in April:

“We have to join every other advanced economy and have a VAT that would fall on the Amazons of the world, and because our economy is now so vast at $20 trillion, up $5 trillion in the last 12 years, a VAT at even half the European level would generate over $800 billion in new revenue.”

Value-added taxes are actually common throughout Europe. And in 2017, India imposed a goods and services tax or GST, which is akin to a VAT. So Yang’s plan for a VAT, much like his concept of a UBI, is unique in the American political context, but not globally.

What Is a Universal Basic Income?

A Universal Basic Income is a government guarantee that every citizen receives a minimum income. While there exist differences on who should fund it and who are eligible to receive it, the idea of a UBI has been supported by politicians and economists as a means to abolish poverty and reduce income inequality.

The UBI has both its pros and cons. On the plus side, it will allow citizens to afford basic necessities, to search for better jobs if they have been laid off, look towards entrepreneurship, balance inequality and expand the middle class, and bring everyone’s income above the poverty line.

Critics of UBI point toward the fact that money, especially under Yang’s Freedom Dividend, will also be given to those who do not need it and could also disincentivize workers from looking for jobs and instead depend on government handouts, leading to less taxable income. UBIs could also trigger inflation because of the increase in demand for goods and services and in the long run. And the rising in inflation could reduce the purchasing power of consumers, negating any improvements in living standards.

There have been some UBI trials globally but nothing on the scale that Yang plans to implement in the United States.

In 2003, under Brazil’s Bolsa Familia which is a conditional cash transfer program, poverty has been reduced even though families receive just $57 per month on average. In 2008, Pakistan launched a similar social safety net program known as the Benazir Income Support Program, which remains in effect today.

In 2011, the government of Iran gave citizens transfers of 29 percent of the median household income each month. Despite popular belief, two Iranian economists assessed that it did not induce workers to leave the labor market. Instead, in some cases, service workers increased their weekly hours “perhaps because some used [the] transfers to expand their business[es].”

Among developed countries, Finland launched a UBI pilot program in 2017. And the first year’s results were made available earlier this year. The Huffington Post reports that the program made no impact on employment rates but did result in significant improvement in participant mental and physical health.

So the bottom line is this: Yang’s Freedom Dividend proposal emerges from a global conversation about how to address poverty and the impact of disruptive technologies, but there’s no evidence at this point that UBIs are adequate tools to offset the labor market impact of automation, especially on a nationwide scale.