Bernie Sanders Has a $16 Trillion Plan to Combat Climate Change 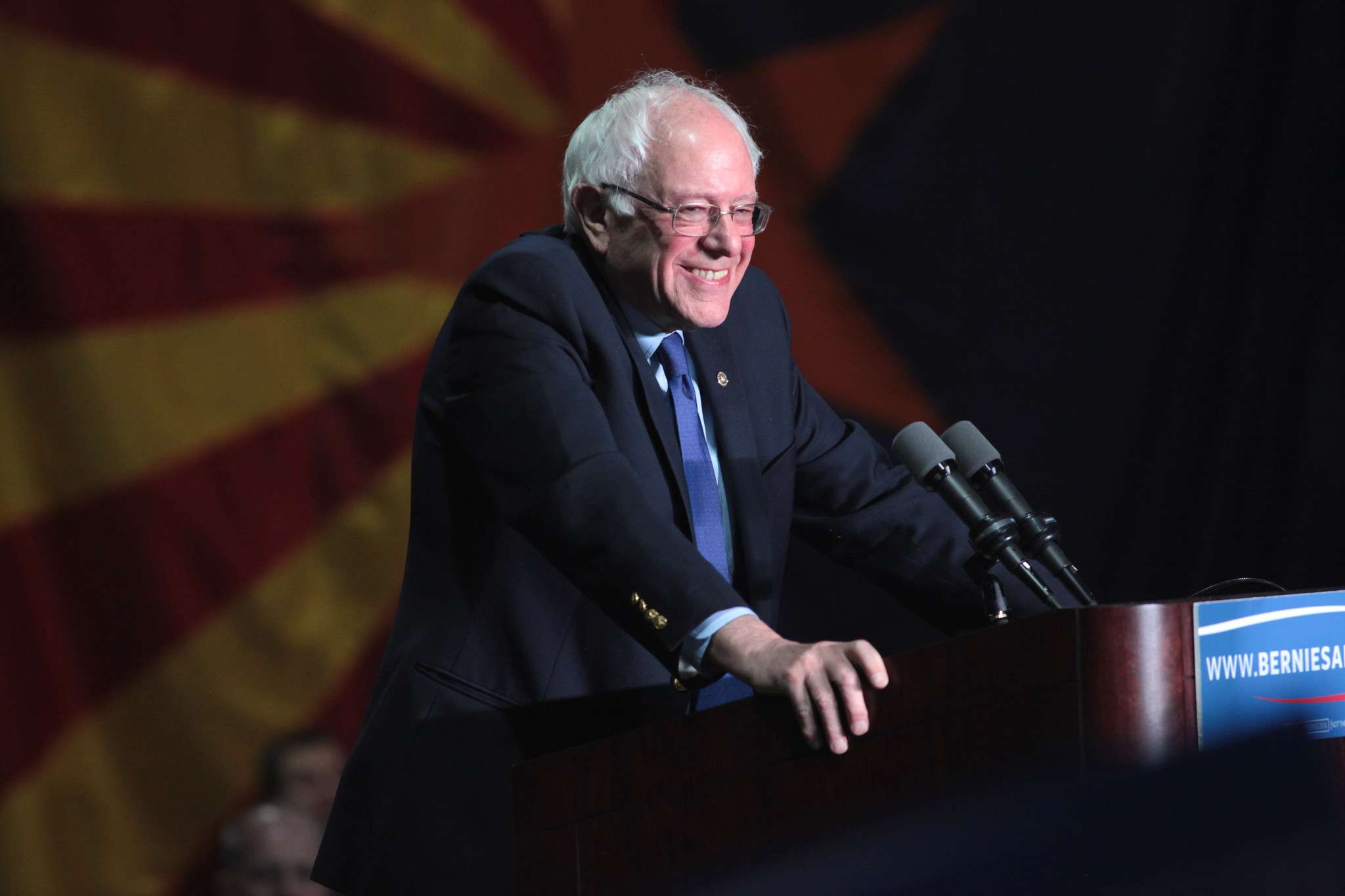 Vermont Senator Bernie Sanders unveiled a $16 trillion plan to combat climate change last week, describing it as a “Green New Deal” Sanders that will create 20 million jobs and “an economy that works for all.”

The plan, which is being hailed as “revolutionary,” aims to reach 100% renewable energy for the electricity and transportation sectors by 2030. Sanders’ Green New Deal also seeks to decarbonize the U.S. economy by 2050. The Sanders campaign claims this can be done by expanding infrastructure for electric vehicle charging and offering incentives so people swap fossil-fuel run cars for electric vehicles.

The Vermont senator has also called for declaring climate change a national emergency in his plan. In June, he proposed a congressional resolution calling for the same.

Sanders also wants to expand the climate justice movement to prioritize “young people, workers, indigenous peoples, communities of color, and other historically marginalized groups.” And he says the plan will pay for itself over 15 years by “making the fossil fuel industry pay for their pollution, through litigation, fees, and taxes, and eliminating federal fossil fuel subsidies.”

The ambitious plan also calls for the United States to rejoin the Paris Agreement, which President Donald Trump withdrew from in 2017. It commits to reduce emissions throughout the world by providing $200 billion to the Green Climate Fund and “reassert the United States’ leadership in the global fight against climate change.”

The Green New Deal also highlights the U.S. obligation to help less industrialized nations meet global emissions targets, adding that the “United States has for over a century spewed carbon pollution emissions into the atmosphere in order to gain economic standing in the world.” The plan adds that the United States will reduce “domestic emissions by at least 71 percent by 2030 and reduce emissions among less industrialized nations by 36 percent by 2030.”

Is the Plan Too Ambitious?

The Sanders climate change plan is far more aggressive than the other 2020 Democratic nominees. Some have called the plan revolutionary, while others are skeptical about whether it will work.

Max Boykoff, the director of the Center for Science and Technology Policy Research at the University of Colorado says that while Sanders’ plan is ambitious, it’s well beyond what’s feasible. But as he notes, “if you wrote a plan that pivoted on feasibility, rather than ambition … you’d have a pretty paltry proposal.”

Brian Kahn, writing for Earther, states that while the plan is revolutionary, “it also fails to offer a clear roadmap with guideposts along the way aside from the carcasses of the fossil fuel industry and a slew of publicly owned goods; occasionally, it veers into the realm of dreams.”

Jody Freeman, a former climate adviser to President Barack Obama, says she sees the plan as both a marker and a mobilizing tool. “They are a marker that says, ‘We care about climate change. We really, really do.’ And they are a mobilizing tool because we are in a primary and the idea is to try to attract the left side of the spectrum,” she notes.

The plan has also been lauded by climate activists. Evan Weber, political director of a youth protest effort, calls it the “biggest, boldest and most ambitious plan we have seen in the fields so far.”

The plan might just help the Vermont Senator gain traction amongst Democratic voters. A CNN survey in April found that 96 percent of Democrats wanted a candidate who would take “aggressive action” to combat climate change. The latest Monmouth University Poll puts Sanders in a virtual three-way tie with Elizabeth Warren and Joe Biden. With his new plan, the Vermont senator might gain momentum among voters as Democrat voters seem to prioritize climate change.