Kamala Harris Continues to Slide in the Polls 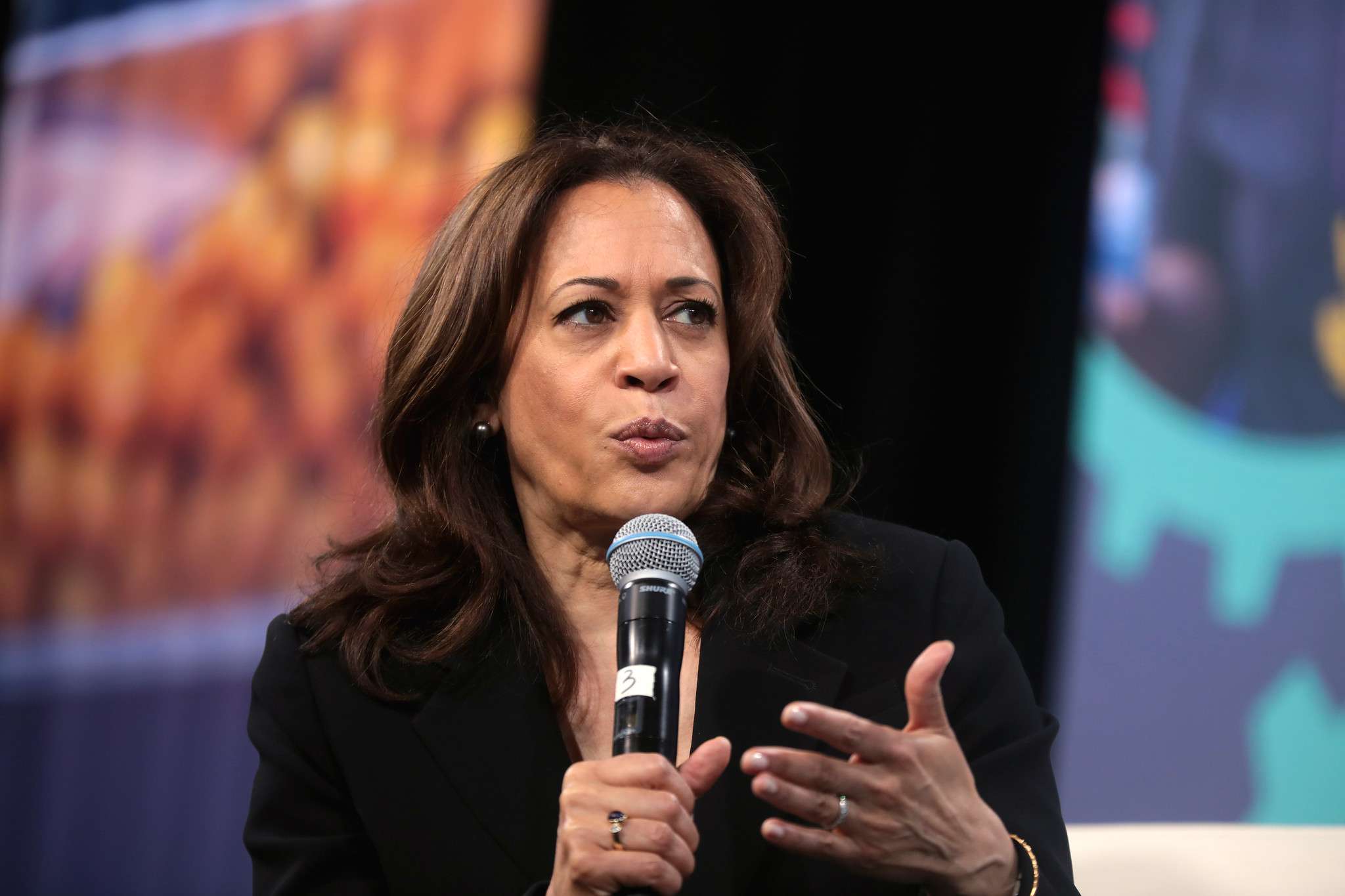 Kamala Harris Continues to Slide in the Polls

The California senator may have peaked shortly after her stellar performance in the second set of Democratic debates.

U.S. Senator Kamala Harris speaking with attendees at the 2019 National Forum on Wages and Working People hosted by the Center for the American Progress Action Fund and the SEIU at the Enclave in Las Vegas, Nevada. (Image Credit: Cage Skidmore/Flickr)

A new poll by CNN shows California Senator Kamala Harris losing support amongst registered Democratic voters. The former state attorney general was backed by 17 percent of voters in a June poll after the first Democratic debate. However, in the August poll, only five percent of potential Democratic voters backed her.

The California Senator saw a surge in support after her strong and confident performances in the first Democratic debate.

But recently, despite fiery speeches, Harris is having trouble gaining support among Democratic voters. Her poll numbers have also dropped in her home state of California. A California Democratic primary poll shows Harris down nine points since July.

Historically held in June, the California primary plays a much more crucial role in the Democratic race as it will now be held in March on Super Tuesday.

While some observers see the former California attorney general as seen as a centrist who can win over both moderates and liberals, that actually may explain the drop in her poll numbers as her authenticity is questioned.

“Harris is unlikely to question military spending or push Wall Street very hard. The electorate is not looking for a centrist, so of course, her poll numbers were destined to fall,” a letter to the editor of the Los Angeles Times notes.

An unnamed Democratic strategist told The Hill that Harris has “positioned herself as both a progressive and a moderate, causing her to be viewed as ‘inauthentic.’”

Tian Lowe of the Washington Examiner notes that while Harris has tried to model her campaign after Barack Obama’s 2008 campaign, her attempts “to float from socialist to moderate and every point in between clearly isn’t pulling across demographics as it did for the former president.”

John McCormack of the conservative National Review also lays the blame on Harris’s “inauthenticity” and policy flip-flops especially on the issue of Medicare for All, a central topic when it comes to the Democratic primary.

While Harris received praise after the first debate, it was mainly because of the way she went after front-runner Joe Biden. When it comes to policy and matters of substance, the California senator has weaknesses that are now showing.

A Democratic pollster who has talked with several 2020 campaigns echoes concerns of Harris’s centrist approach. “One reason for her fall: I don’t think anybody can figure out what her message is. We know what Warren’s message is, and Bernie’s message, and we kinda know Biden’s message even if he’s not delivering it very well. But who is she really? And what is her message?”

Even though her numbers have dropped, Harris is still among the top five Democratic candidates and has qualified for the September presidential debate. She is among the ten Democrats to qualify so far. Joe Biden, Bernie Sanders, Elizabeth Warren, Pete Buttigieg, Julian Castro, Amy Klobuchar, Beto O’Rourke, and Andrew Yang are the other nine nominees who have met all the requirements.

The Democratic race is still wide open even though former Vice President Biden continues to maintain a strong lead over other candidates. With the presidential debates next month, however, we can expect to see more rapid changes in poll numbers as voters react to debate performances.