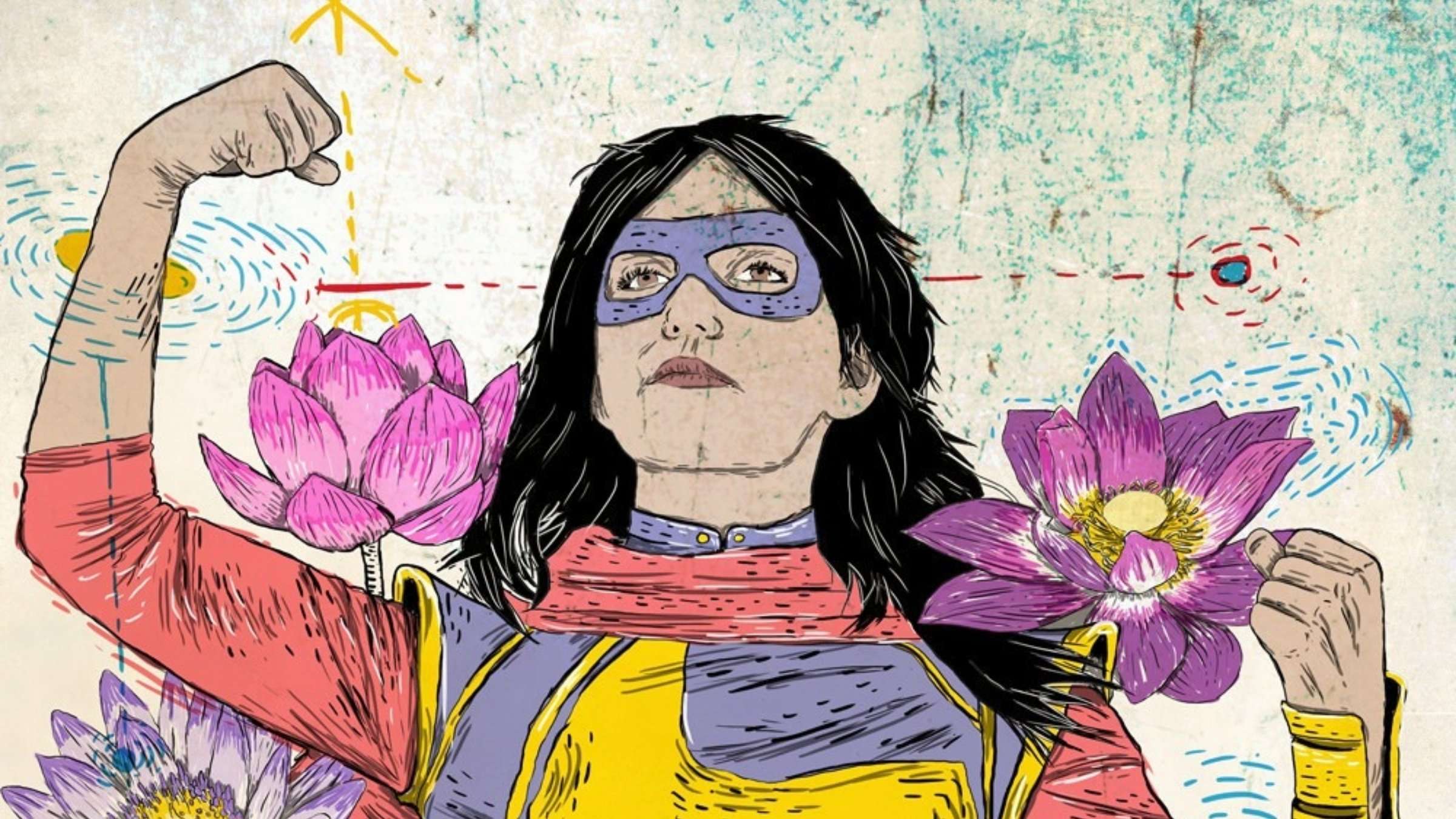 “Ms. Marvel” showcases how a Muslim girl’s story can be an all-American coming-of-age story too.

The Disney+ television series “Ms. Marvel” — the coming-of-age story of an American Muslim teen girl-turned superhero — would have been unthinkable in America’s not-so-distant past.

American Muslims became political pariahs in the years that followed the terrorist attacks of 9/11. In 2008, the campaign of then-presidential candidate Barack Obama barred two Muslim women from sitting behind the rostrum, fearful they’d appear in a camera shot with the Illinois senator born to a Muslim father.

Two years later, the so-called Ground Zero Mosque controversy erupted, triggered by right-wing anti-Muslim organizations that falsely claimed that the bridge-building Islamic center planned for lower Manhattan would be a “trophy” for jihadists. Even CNN’s Don Lemon suggested that the planned Islamic center should be moved elsewhere.

The 9/11 attacks also catalyzed a boom in War on Terror-related television shows and movies. The entertainment industry churned out content like “24,” “Homeland,” and “Zero Dark Thirty,” that could only conceive Muslims within the context of terrorism — and almost always as the bad guys.

Then, in 2016, came a man called Trump. The New York businessman rode the train of bigotry on his path to power, attacking a host of minority groups, including Mexican immigrants, the disabled, and Muslims.

Trump’s demonization of non-whites offered the Democratic Party — which has long been a coalition of class, ethnic, and racial groups since the New Deal — low-hanging fruit. The Democratic Party finally overcame its fear of publicly embracing Muslims, because it had now become politically advantageous to do so. Muslims quickly transformed into a community worthy of defending because they were attacked by Trump.

For political aspirants on the left, defense of Muslims and other groups demeaned by Trump presented an opportunity to position themselves as the anti-Trump. Similarly, in the advertising and entertainment industries, the inclusion of Muslims has also become a meme, allowing brands to bolster their diversity bona fides.

While most Muslim women in America don’t wear the hijab, hijab-wearing women are featured in advertisements for CoverGirl, Ford, and numerous other companies. For brands and politicians alike, the hijab and Muslims have become representations of their inclusivity.

Ms. Marvel, the Muslim Demographic, and the Netflix Effect

It’s in this broader context of growing commercial and political Muslim inclusion that the “Ms. Marvel” television series emerges. But the show’s roots go back a few years before Trump’s presidential run.

Kamala Khan’s story echoes the childhood of Amanat, a Pakistani American woman who — like the comic book and TV series character — grew up in New Jersey. Amanat says “the big idea” behind Kamala Khan was “very much about minority representation” and “the bigger idea was about finding your authentic self.”

And that’s the crux here. Kamala Khan’s story isn’t simply that of a Pakistani American or American Muslim. “Ms. Marvel” delves through the particularities of the Pakistani American experience, including culturally-specific parental expectations and the trauma of partition. But a young girl of any background could see herself in Khan.

That universality is what makes “Ms. Marvel” groundbreaking. A Pakistani American Muslim girl’s story can be an all-American coming-of-age story. It can be “normal.” And the humanization of Muslims, the psychological leap from viewing them as the “other” to “just like us,” was enabled by changes in popular and political culture during the ugly Trump era.

Still, when it comes to popular television, commercial viability remains key. It helps that “Ms. Marvel” is geared toward a younger audience. Muslims are disproportionately represented among Gen Z, and for their broader cohort, a brand’s diversity and inclusion are drivers of their consumption choices.

The “Ms. Marvel” television series would also be far less possible without the advent of streaming services. The robust audience data that services like Netflix and Disney+ now have on their hands allows for targeting niche demographics. Social media enables streaming platforms to engage these audiences in very targeted ways. These tools and information allow services like Disney+ to take a bet on shows like “Ms. Marvel,” appealing to numerous affinity groups and niche communities.

As Ana Andejlic notes, Netflix’s focus on the personalization of content has allowed it to “create a global market made of micro-communities with their niche tastes.” Those clusters add up, creating the potential for a snowball effect, enabling brands to grow. What the “Ms. Marvel” series and broader inclusion of Muslims show, that’s not just a recipe for growth for brands, but for political coalitions too.

In America today, as the “Ms. Marvel” series and broader of inclusion of Muslims show, that’s not just a recipe for growth for brands, but for political coalitions too.