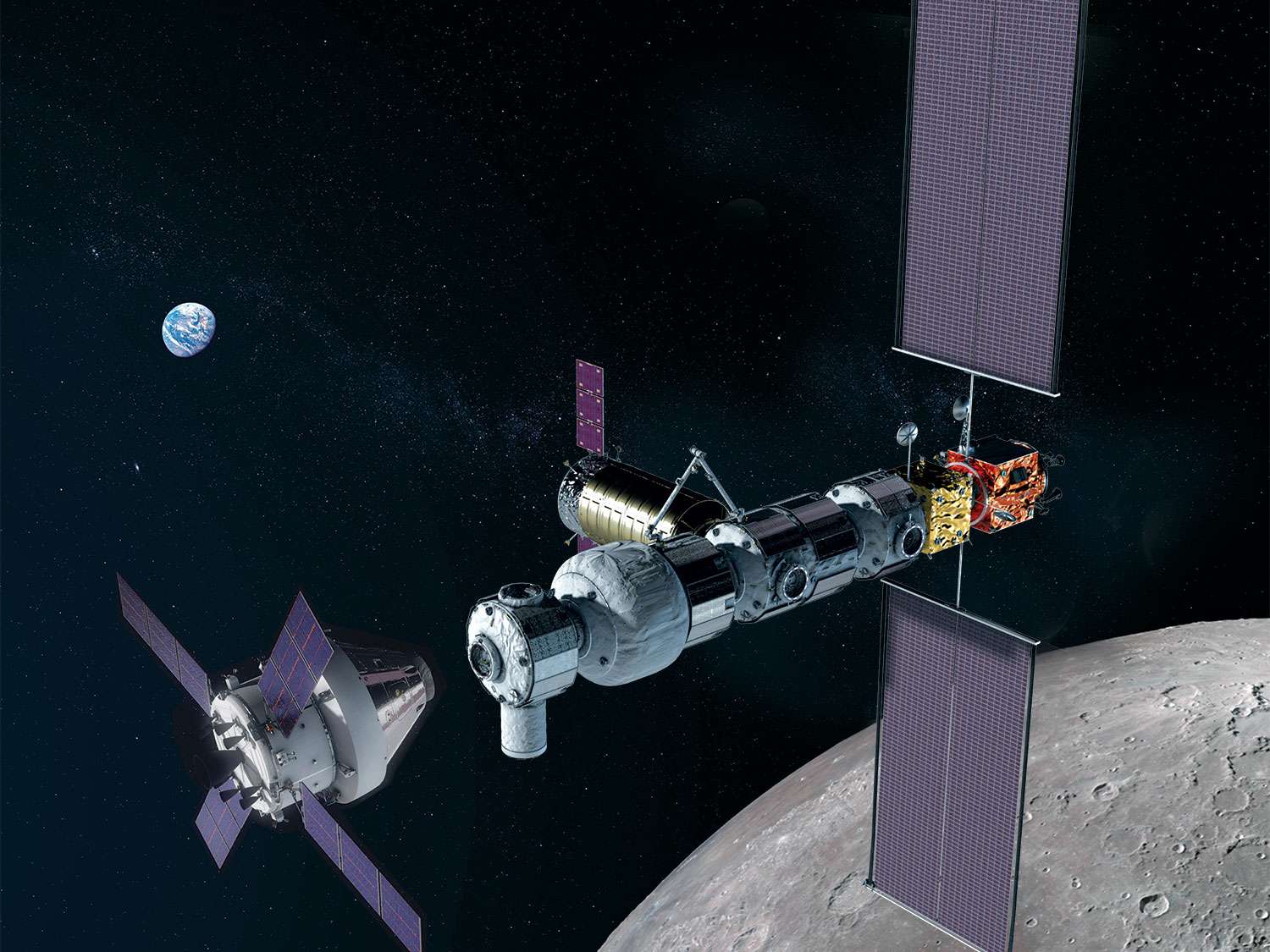 The U.S. National Aeronautics and Space Administration (NASA) announced on Thursday that it awarded a multi-million dollar contract to Maxar Technologies for developing the first module of a space station in lunar orbit. Private space companies are increasingly crucial to NASA’s strategy to speed up space missions as the division of labor allows it to overcome bureaucratic inefficiency and cost overruns.

The Colorado-based Maxar Technologies has been tasked with the development and demonstration of the power, propulsion, and communications systems of the Lunar Orbital Platform-Gateway (LOP-G), or the Gateway for short, which is the spaceship that NASA plans to launch in orbit around the moon by 2024.

The announcement of the contract was made by NASA Administrator Jim Bridenstine at the Institute of Technology in Florida. Bridenstine told reporters that the agency would start training astronauts by the summer for an expected return to the moon.

He added that if a two-person lander were selected for the mission, both of them could be women, but cautioned that no final decision had yet been made. Last month, Bridenstine had told the press that the space agency is focused on landing the first woman on the moon within the next five years.

According to NASA, the first module of the lunar space station will be the solar-electric propulsion spacecraft, which would use advanced propulsion techniques to send payloads into space. The new propulsion system will likely reduce costs, reduce fuel weight, and be ten times more powerful than conventional systems used to propel spacecraft.

The contract with Maxar Technologies is worth $375 million and includes deadlines of 12 months for spacecraft design and 26 months for the development, demonstration, and launch of the module. NASA says it will most likely acquire the spacecraft from Maxar if the demonstration is successful.

The spacecraft designed by the Colorado-based space technology firm will be used by the astronauts as a communications base for landing on the surface of the moon. It will be three times more powerful than the current technological standards of the field and will use onboard solar-arrays for thrust.

An Ambitious Plan to Put Humans Back On The Moon

In addition to the contract announcement, NASA has also made public details about the plans it has for the scheduled return to the moon by 2024. According to the space agency, the mission, named Artemis, will include eight launches from Earth and is expected to place human beings on the moon by 2024.

In the first phase, NASA will partner with nine private space firms in the United States to send scientific instruments to the moon ahead of the manned missions. Deliveries of such a nature could start as early as late 2019, according to the space agency.

In the second phase, the uncrewed Artemis-I will be launched by 2020 to prepare for the launch of the manned mission and deploy a few small satellites around the moon for observational and experimental purposes.

In 2022, Artemis-II will take a manned mission in orbit around the moon, followed by the launch of the elements of the lunar space station the next year. In 2024, Artemis-III will take the astronauts for the moon for the first time since 1972. Artemis-III will be onboard the biggest rocket ever developed: the Boeing-made Space Launch System. The rocket will carry the Orion capsule, which is being made by global technologies company Lockheed Martin.

One of the possible major decisions NASA might have to make in the coming months will be the contracts it makes with private space firms in the United States for the development of the moon lander, which is the most critical part of the mission to return humans to the moon.

In addition to Boeing and Lockheed Martin, new technological giants like the Jeff Bezos-owned Blue Origin and Elon Musk’s SpaceX are also expected to be in the race. Earlier this month, Bezos unveiled a moon lander named Blue Moon in Washington, DC, prompting speculation whether he had already secured the contract.

In the long term, NASA plans to use the visit to the moon in 2024 to install a permanent base on the surface by 2028. The ambitions of the space agency do not end there. It further plans to use the base to explore other bodies in the solar system, including the red planet Mars.