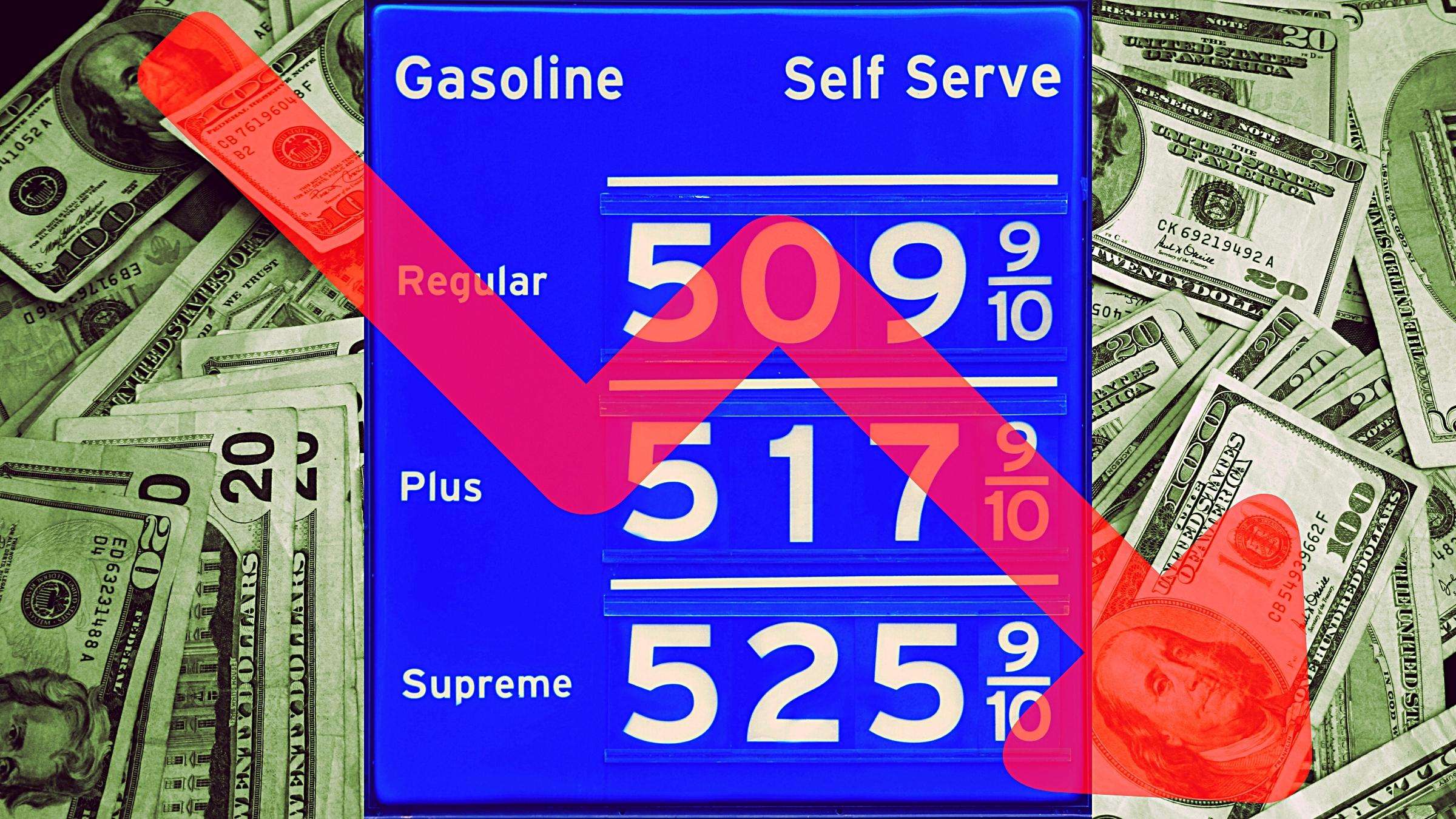 Beleaguered drivers are asking when will gas prices go down.

Gas prices have been dropping from record highs this summer. The national average price of regular gasoline is now $4.04 — down by 17 percent from this year’s peak of $4.84 in mid-June, according to the U.S. Energy Information Administration (EIA). But inflation-hit drivers are asking when will gas prices go down to more affordable levels — like $3 per gallon?

The answer: not anytime soon.

Over the next year, gas prices are forecast to fall some more, but remain relatively expensive. The EIA projects the price of regular gas to average $3.57 next year, with crude oil prices at around $95 a barrel.

That’s a huge drop from the $5 a gallon prices earlier this year, but still above the $2-3 a gallon prices Americans had become used to in the years before the pandemic.

U.S. oil production is forecast to reach a record high next year. But it is refining capacity more than crude oil supplies that will keep U.S. gas prices on the higher end.

Oil refineries process crude oil to produce a number of oil products, including gasoline. Oil refinery capacity in the U.S. will remain constrained for the foreseeable future. Refineries are operating today at near-record capacity usage rates. But the U.S. is unlikely to see major gains in gasoline production, because refining capacity is in decline.

Refining capacity in the U.S. and Europe has fallen since the COVID pandemic. Six refineries have shut down or been repurposed in the U.S. since 2020. The U.S. hasn’t even built a major refinery since the 1970s. Old refineries are being shut down or — due to government regulations and incentives — converted to produce renewable diesel instead of gasoline.

Automobile and Oil Industries Are At Inflection Points

In June, President Joe Biden called on U.S. refiners to boost their production capacity for gasoline and other fuels. After all, oil companies like BP, Chevron, Exxon, and Shell have been recording massive profits, much of which they’ve used for share buybacks. And the “crack spread” or margin for refiners hit record highs this June.

But the oil industry is unlikely to follow Biden’s call to expand capacity. In an interview with Bloomberg, Chevron CEO Mike Wirth said, “In my view, there will never be another refinery built in the United States.”

The reason is simple: the investments may simply never pay off. Constructing new refineries costs billions of dollars, which investors may only recoup more than a decade later. And by then, electric vehicle adoption is expected to become mainstream.

Combustion engine vehicles aren’t disappearing overnight. But EV sales have doubled in the past year and the momentum is expected to intensify over this decade as EVs fall in cost and increase in range.

Changes in the price of crude oil — the raw, unprocessed oil that comes from below ground — are the biggest determinant of the price you pay for gasoline at the pump. So when crude oil prices go up or down, prices at the pump follow suit. Tight crude oil supplies have driven the surge in oil prices. But refining costs have been playing a much bigger role than before. And the deficit in refining capacity will keep gas prices elevated.

There are, however, some wildcards that could swing gas prices much higher or lower. A severe global recession would destroy demand for energy, producing a drastic decline in gas prices.

A severe hurricane on the Gulf Coast could shut down U.S. refineries and send prices up, as they had after hurricanes Katrina and Ida. European countries have also pledged to cut imports of Russian oil by 90 percent by the end of this year. And if other major oil importers fail to agree to a price cap on Russian oil, tight supplies could send prices upward, especially since OPEC-plus countries are balking at significant production increases.

Some observers, including energy analyst Amrita Sen see tight supplies this winter pushing the price of oil up to $120 per barrel. And that would push the price of gasoline toward the $5 range once again.

Here’s the bottom line: gas prices will probably remain on the higher side for the foreseeable future.

In this article:Economy, Energy, Featured