Who Is Marianne Williamson? 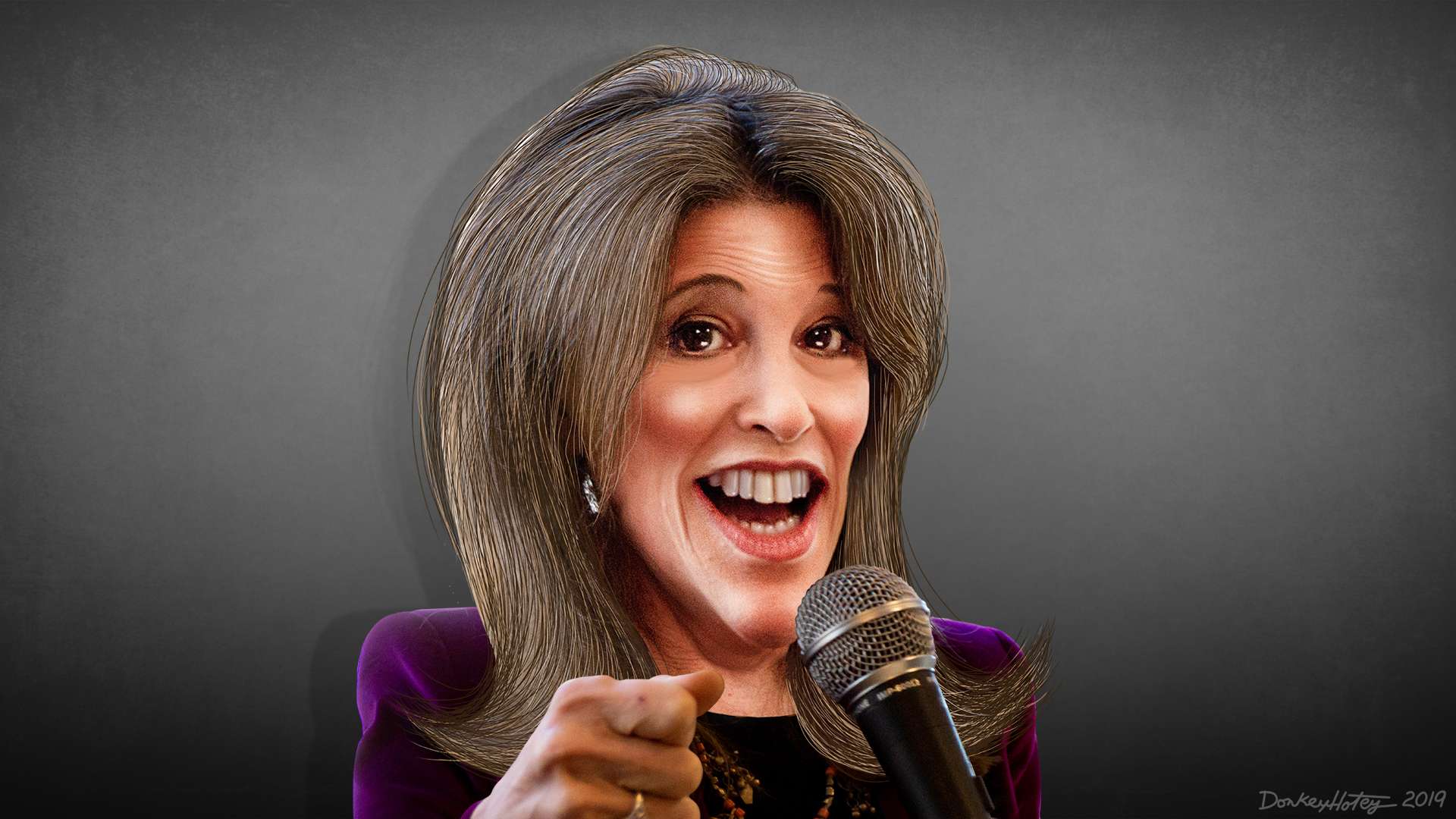 Who Is Marianne Williamson?

Williamson is one of the lowest polling candidates in the Democratic nominee race. So why is she gaining headlines and social media popularity?

A caricature image of Marianne Williamson, a candidate for the Democratic presidential nomination in 2020. (Image Credit: DonkeyHotey/Flickr)

Democratic nominee hopeful Marianne Williamson is currently one of the lowest polling candidates in the race, but that doesn’t seem to deter her from pursuing the highest political office in the United States. Williamson, like Andrew Yang, is gaining headlines and social media popularity because of what CNN’s Zachary Wolf calls her “authenticity card”. Her unconventional path toward politics has everything to do with that perceived authenticity.

The Self-Help Guru Who Wants to Heal America

Williamson is a famous self-help writer, motivational speaker, and ‘wellness guru’ who has kept company with the likes of Oprah Winfrey and Kim Kardashian. She’s also one of the only two candidates in the Democratic race who has no previous political experience.

This, however, is not Willamson’s first foray into politics. In 2014, she ran as an independent candidate for California’s 33rd congressional district and was endorsed by numerous celebrities and public officials. She said that she was running for Congress because she believed “America has gone off the democratic rails” and pointed toward a “toxic brew of shrinking civil liberties, expanded corporate influence and domestic surveillance” that she claims were “poisoning our democracy.” Williamson finished fourth out of 16 candidates.

Five years later, the writer launched her bid for the presidency, building her campaign around the message of love. Williamson does not speak like a career politician and that makes her stand out from the crowd. The author was actually the top-searched candidate on night two of the first Democratic debate in Miami.

Williamson has thrown her weight behind progressive ideas, vowing to protect LGBTQ rights and reproductive rights. Williamson also agrees with Yang that there should be a Universal Basic Income in the United States. She has called for tuition-free college and the forgiving of student debt. Williamson also advocates for greater measures to tackle child poverty in America, reducing the U.S. military presence abroad, and she’s even called for reparations to be given to descendants of enslaved blacks.

Williamson is one of the most progressive democratic nominees and has stated she will “harness love” to defeat Donald Trump.

However, the self-help writer has come under fire for some comments she’s made on public health issues. In mid-July, Williamson called mandatory vaccines “Orwellian.” She later apologized and claimed that she misspoke.

Should We Take Marianne Williamson Seriously? Yes and No.

Williamson has become fodder for social media memes and she seems to have embraced the attention, stating after this week’s debate that she would decide if the debate had gone well after she had “seen the memes.”

While Williamson has no shot at the Democratic nomination, she is clearly an experienced public speaker and savvy when it comes to connecting with individuals.

And it’s the perception of sincerity and her seemingly earnest style of speaking that help her resonate with some voters and even earn the plaudits of cynical New York and Beltway pundits.

Astead Herndon of the New York Times called her “an example of how normal people talk about race and racism works in a way that’s so much more accessible than normal politicians but they all just largely avoid that frank language.”

Consummate political insider and Washington Post columnist Dana Milbank also applauded Williamson’s frank style of talking, saying other candidates could learn from her. Milbank wrote that while “Williamson has the luxury of speaking plainly and passionately because she has zero chance of being the Democratic nominee,” the leading contenders might have something to learn from her communications style.

The most surprising reaction of all came from veteran New York Times columnist David Brooks, who argued in a column this week that Williamson knows how to beat Trump because she is “running a spiritual crusade, not an economic redistribution effort”. According to Brooks, beating Trump will require a reminder to Americans about the “values we still share, and the damage done when people are not held accountable for trampling on them”, adding that Williamson seems to have grasped that idea, unlike the other candidates.

As the pool of candidates eligible for the debates narrows and greater scrutiny is applied toward Williamson’s history of public statements, including on antidepressants and vaccines, her fifteen minutes of political fame may soon run out. But Williamson, like Trump, points toward a vacuum in American politics that might be filled by unconventional and often bizarre non-politicians.