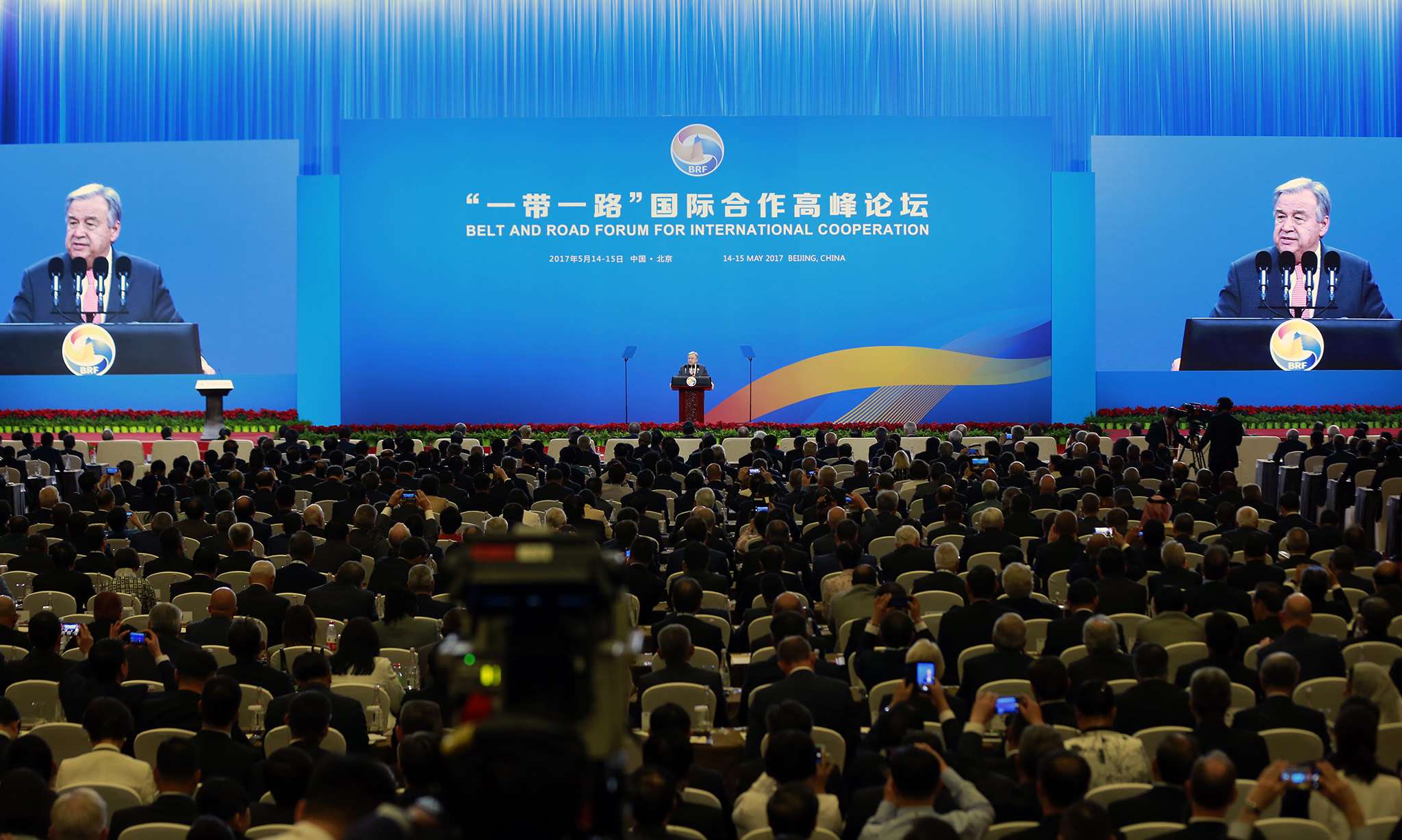 The value of new Belt and Road-linked projects fell to $28.4 billion in the first half of 2022, compared to $29.6 billion in the same period last year, according to a new report by the Green Finance and Development Center (GFDC) at Fudan University. Belt and Road Initiative spending took a major hit in 2020 due to the COVID pandemic. But it had already been in decline since its peak in 2017 and has only modestly recovered since 2021.

The BRI is not only reduced in scope, but there are also changes in its geographical focus as China’s focus shifts away from sub-Saharan Africa. The initial years of the BRI saw a surge in Chinese financing of railroad development in Africa, but, tellingly, there have been no new rail projects in Africa announced in 2022.

The biggest chunk of BRI projects in 2022 is in the Middle East and North Africa region, rising from 8 percent of all Belt and Road projects in the first half of 2020 to 32 percent in 2022.

Saudi Arabia has received the lion’s share of financing and investments. Iraq is also increasingly a major destination for Chinese economic activity.

In the first half of 2022, Saudi Arabia topped of the list of BRI-related financing and investments, receiving $5.5 billion. Most of these investments were in the natural gas sector, with a small percentage in solar. A consortium that includes China Merchants Capital and the Silk Road Fund acquired a 49 percent state in Aramco subsidiary Aramco Gas Pipelines Company.

Energy, transportation, and mining remain biggest sectors for BRI financing and investments. And Chinese partners maintain a keen interest in resource-backed loans, in which repayment is made in or guaranteed by natural resources.

In February 2020, the Natural Resource Governance Institute identified 52 resource-backed loans, the vast majority of which (38), were financed by Chinese policy banks. This reflects the conservatism of Chinese policy banks and makes clear that the Belt and Road Initiative is not a form of aid. Chinese banks want to get repaid and they will use financing structures like resource-backed loans to ensure repayment.

While China’s financing of rail projects in Africa has dissipated, it continues to be an active player in the development of rail networks in southeast Asia, including projects in Laos, Malaysia, Singapore, and Thailand. Earlier this year, the Phillippines awarded a $2.8 billion railway project to a Chinese consortium.

Chinese foreign direct investment is also growing in Latin America, rising from $86 billion 2021 to $134 billion in 2022, according to the GFDC.

One Latin American country where there is significant potential for China’s economic footprint to grow is Argentina. In February, Argentina became to the twentieth Latin American country to join the Belt and Road Initiative. It also signed an $8 billion nuclear power plant agreement with the state-owned China National Nuclear Corporation. Beijing has been more direct in its support of Argentina’s claims over the Falkland Islands.

The Belt and Road Initiative’s days of large-scale financial commitments are most probably in the rear view mirror. But Beijing has amassed a massive portfolio of projects under the Belt and Road framework totalling nearly $1 trillion. And China remains a major source of FDI for the world. The future of the BRI remains murky, however, given the level of debt distress in developing countries and China’s own slowing economy.

In September 2021, China launched the Global Development Initiative (GDI), which aims to foster more balanced, greener, and sustainable economic development. Observers are divided as to whether the GDI is aimed at replacing or complementing the BRI. It marks a shift from the BRI’s initial days, with coal-heavy investments in countries like Pakistan.

The GDI could reflect Chinese responsiveness to global criticism of the BRI. At the same time, given that its projects will be less capital intensive, it also likely provides Beijing with a geoeconomic prestige platform that is more affordable than the Belt and Road Initiative.

Today, Chinese and U.S. officials speak of supporting “high-quality infrastructure” in the developing world. Rhetorically, the two camps in the new Cold War are mirroring one another. But many in the developing world are waiting to see whether China and the West will walk the walk and match their words with money.