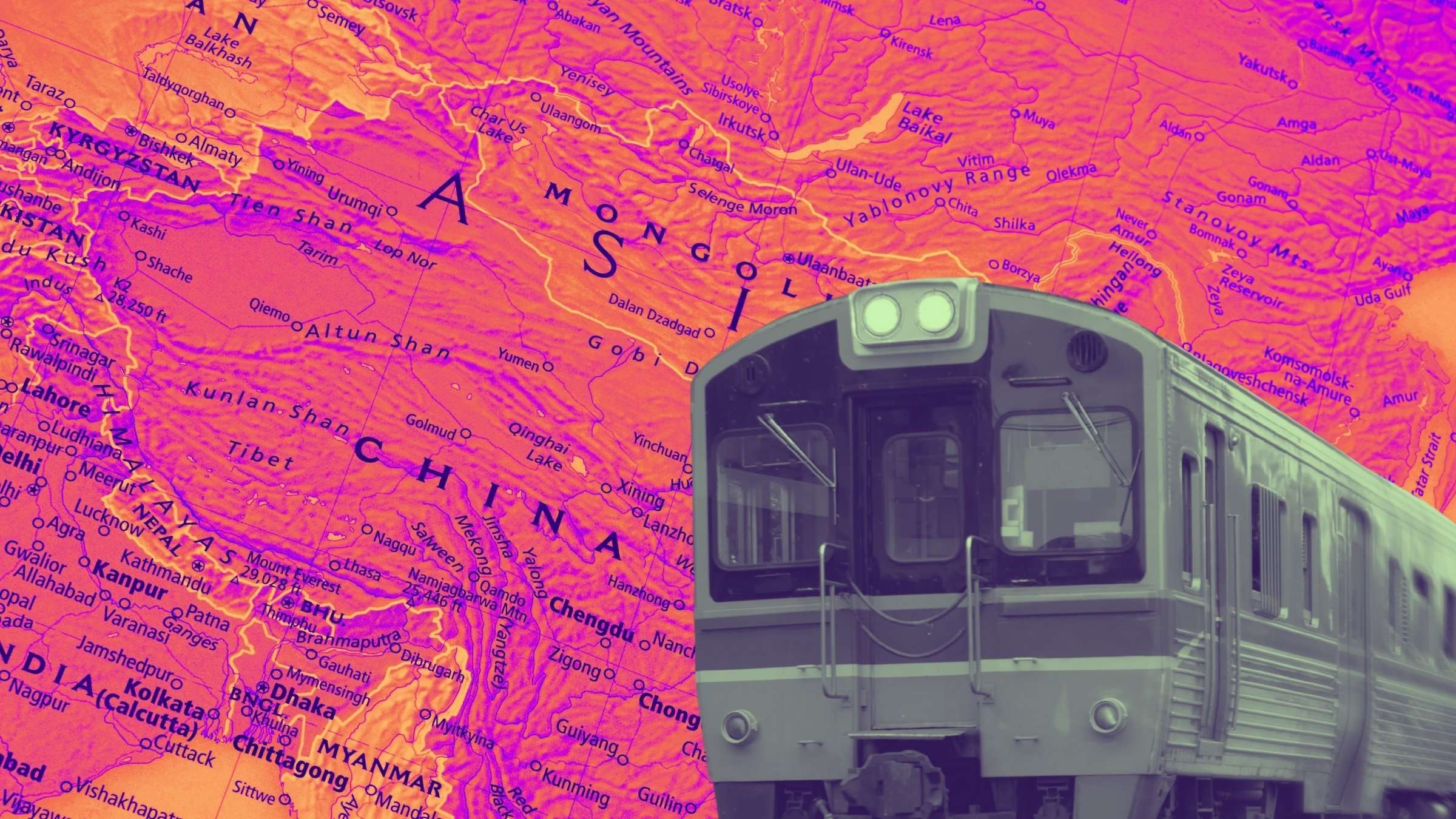 Three neighbors of China — Kyrgyzstan, Nepal, and Pakistan – are lobbying for it to build and finance rail projects that would transform the region’s economic geography. Each of these rail lines would not only connect to China, but also potentially, through China, to one another. Together, they would create a rail network that could make China the lynchpin of connectivity in Central and South Asia, and potentially even erode the economic influence of India and Russia.

But there are two big barriers to making these rail projects realities. One, none of these three countries can afford them. And two, in spite of the strategic upside, Beijing is unwilling to finance them through grants or purely concessional lending.

China has actually been scaling back Belt and Road Initiative spending since 2017. And the Wall Street Journal now reports that Beijing is mulling a formal “overhaul” of the initiative and could introduce a pared-down “Belt and Road 2.0.”

That would make the realization of transformative rail projects connecting China to Kyrgyzstan, Nepal, and Pakistan even less likely. But there still remains the possibility that Beijing changes course and decides to pursue some or all of these projects for their strategic value.

Let’s unpack them one by one.

The China-Kyrgyzstan-Uzbekistan Railway: Taking Russia Out of the Belt and Road Initiative?

Proposed more than two decades ago, the China-Kyrgyzstan-Uzbekistan railway seems to be gaining momentum. At the Shanghai Cooperation Organization summit this month, the three neighbors agreed to fund a feasibility study for the project. They’ve also come to a consensus on a route for the railway line, which directly connects China’s Xinjiang region with Uzbekistan via Kyrgyzstan.

The CKU would also offer China an alternate land route to Europe that avoids Russian territory. At the moment, 90 percent of China-Europe rail traffic uses Russia’s Trans-Siberian Railway, which services the Northern Corridor of the Belt and Road’s Eurasian Land Bridge.

The CKU would provide the shortest route by distance between China and continental Europe, through Iran and Turkey. As Russia’s Ukraine war falters and its isolation from the West grows, the CKU would also reduce China’s dependence on Russia for ground connectivity to Europe. And it would deepen China’s economic integration with Central Asia, which has long been Russia’s backyard.

In contrast, the CKU would begin in Kashgar, also located in Xinjiang. But Kashgar has no direct high-speed rail service. And it’s not as economically developed as Urumqi, though it’s close to the border with Pakistan.

The utility of the CKU is also questionable because Kazakhstan offers a southern route that bypasses Russia: the Trans-Caspian International Transport Route, also known as the Middle Corridor. The TITR is a multimodal freight corridor that’s seen an uptick in traffic this year. From southern Kazakhstan, cargo is transported by ship over the Caspian Sea through the Caucasus region and Turkey to Europe.

As China’s domestic economic challenges grow, it may see little utility in building costly infrastructure in economically fragile countries like Kyrgyzstan. And for Kyrgyzstan, the gamble is even riskier.

The CKU would cost at least $4 billion — roughly equal to all of the country’s external debt and more than half of the country’s GDP. Kyrgyzstan is already among the countries most in debt to China, in terms of GDP.

But don’t count the CKU out. Beijing and Bishkek could opt for a resource-backed loan, a favorite lending instrument of Chinese banks. The proposed alignment of the CKU, passing by a Chinese-operated gold mine in Makmal, suggests that could be part of the plan.

The China-Nepal Railway: A Pipe Dream or Strategic Coup in India’s Backyard?

Like Kyrgyzstan, Nepal is a tiny, landlocked country that lives in the shadow of its larger neighbors. Nepal is economically dependent on India, relying on its South Asian neighbor for access to sea. But India has blockaded Nepal in the past and interfered in its domestic politics.

Nepal also borders China, which has the world’s largest high-speed rail network, a massive economy, and seven of the world’s ten largest ports. China will soon complete the extension of its national railway network in Tibet from Shigatse to Gyirong, near the border with Nepal.

In August, Beijing agreed to fund a feasibility study for a railway line that would connect to Nepal’s capital, Kathmandu. If completed, the China-Nepal railway would diminish India’s dominance over Nepal and advance China as a power in South Asia.

But given the altitude, mountainous terrain, and cold weather, the China-Nepal railway would face extraordinary engineering challenges. And these would also make it quite expensive, despite the short distance. In fact, according to some estimates, the China-Nepal railway would cost $5.5 billion, roughly 60 percent of Nepal’s current external debt.

Chinese engineers have shown the ability to overcome similar terrain in Tibet. But there is no economic case for the railway. Nepal’s exports to the world, and China, in particular, are minuscule. Its primary exports are edible oils it doesn’t produce but reexports due to tariff advantages over India. And its top locally-produced exports are wool and spices, like the timut pepper.

The rail line would struggle to generate revenue for operations, maintenance, and loan repayment. The only way Nepal would be able to afford it is through a grant. The China-bound rail line’s operational costs would also require heavy subsidies.

Pakistan is the biggest missing piece of China’s Eurasian railway puzzle. It’s not only one of China’s closest partners, but also the recipient of the largest inflows through the Belt and Road Initiative. The China-Pakistan Economic Corridor has been described as a “flagship” program of the Belt and Road Initiative. And through CPEC, the two countries have built numerous power plants and critical road networks.

Over $25 billion in projects have been completed through CPEC. But one major project remains in the doldrums: the revitalization of Pakistan’s main railway line, the ML-1.

The ML-1 begins in the port of Karachi, Pakistan’s largest city and its economic engine. The line then moves through the country’s major population centers in the province of Punjab and ends in the city of Peshawar, near the border with Afghanistan. The ML-1 also has a spur in northern Pakistan that leads toward the border with China, but remains quite distant from it.

Though the ML-1 is Pakistan’s main railway line, it is dilapidated and marred by delays and safety risks.

For Pakistan, the rehabilitation of the ML-1 would vastly improve the efficiency of its ground logistics networks, which rely heavily on more costly and polluting road freight. A revamped, faster, and safer ML-1 would also make Pakistan and its Arabian sea ports, including Gwadar and Karachi, even more attractive transshipment destinations for Central Asian countries.

The general benefits of a revamped ML-1 are obvious. But it’s unclear whether it would generate the revenue that would allow Pakistan to repay loans to China.

In any event, the ML-1’s refurbishment looks increasingly out of reach for Pakistan as its economy is in shambles and has been battered by epic floods. Islamabad doesn’t have the fiscal space to take on a project of the size of the ML-1 — now projected to be $10 billion — especially since Beijing is unwilling to finance it exclusively on concessional terms. Its arrears to Beijing under CPEC have been mounting for years. Beijing has been pressing Islamabad to pay outstanding dues to Chinese electric power producers before it signs off on new project loans. But now Islamabad is seeking debt relief from bilateral and multilateral creditors.

An extension of the ML-1 across the Karakoram mountain range over the border with China to Kashgar also seems improbable. Projected costs for a China-Pakistan railway have yet to be made public, but the line is unlikely to generate the revenue that would pay for itself. And it could present ecological dangers to Pakistan’s northern regions, which are home to the world’s largest concentration of glaciers.

Yet the strategic value of the ML-1 and an extension to China may be tantalizing for Beijing and Islamabad. It would provide China with an alternate line of communication in the event of disruption or war along the Taiwan Strait. And it would provide Pakistan with ground connectivity to Central Asia and Nepal without having to use Afghan or Indian territory.

Together, the combined railways connecting China, Kyrgyzstan, Pakistan, Nepal, and Uzbekistan would reshape the circulatory system of trade in Central and South Asia, positioning China at its center. The total construction costs are considerable — likely exceeding $20 billion.

The big spending era of the Belt and Road is over. China is now in a period of slow growth. A debt crisis among emerging markets and low-income countries looms. And China is the largest creditor to many of these countries.

But Russia’s Ukraine war has shown that geopolitics is a big part of the economic security equation. And if Beijing feels increasingly precarious, it could decide to buy itself some cushioning to its west.