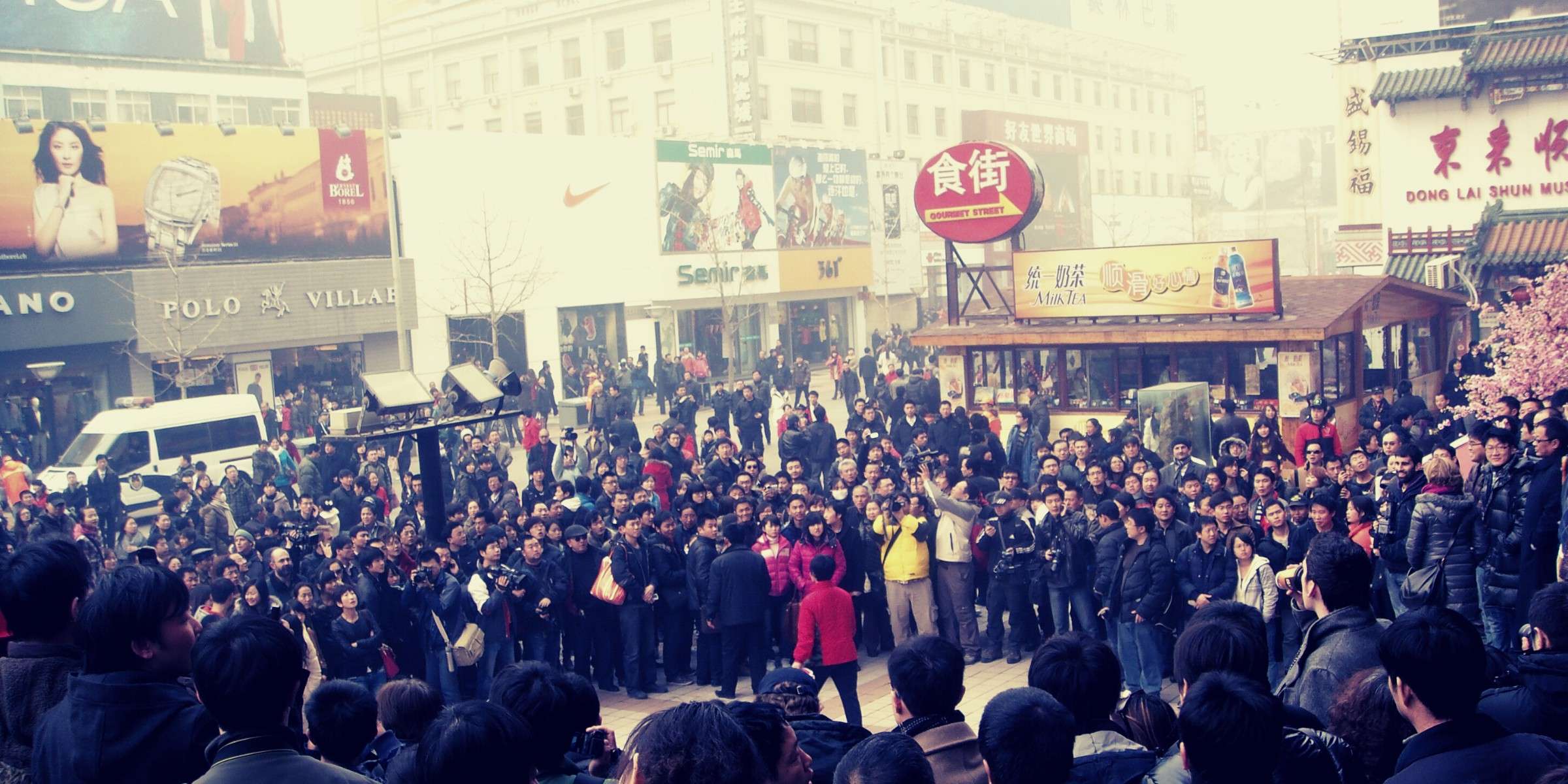 The protests in China against the draconian lockdowns echo the protests of 1989. (Image Credit: the Daleks)

For a regime constantly flaunting its “over 90 percent approval rate,” the sudden outbreak of protests across China is both embarrassing and perplexing. Three years of severe COVID restrictions have caused frustration and anger toward the government that transcend class and geography — a situation unseen since 1989 and one that strikes fear into the authorities.

With the slogan ‘life is above all’, the regime tied its own hands and introduced a narrowly focused epidemic control policy to minimize COVID-19 deaths. It was a great success — China so far has had just over 30,000 cumulative deaths compared to the United States’ 1.1 million. But this was achieved at the expense of estimated tens of thousands of collateral fatalities due to lockdowns, the livelihoods of 1.4 billion people, and the entire national economy.

These policies suggest neither collective deliberation nor scientific rationale, let alone a role for public opinion. It instead resembles the dictatorial policy weimin zuozhu — ‘making decisions for the people’. Anthony Fauci, Chief Medical Advisor to the President of the United States, stated that he could not understand why China had locked up its people for three years but did not strive to maximize its vaccination rate. The hurried relaxation of restrictions in response to the protests and the prospect of a tsunami of COVID-19 deaths because of inadequate preparation point to arbitrariness in China’s zero-COVID policy.

During the protests, which began in November, protesters spoke openly in front of cameras and their demands went far beyond their personal circumstances. The crowd chanted the slogan that was first hung from Sitong Bridge in Beijing: “No to nucleic acid test and yes to food; no to blockade and yes to freedom; no to lies and yes to dignity; no to Cultural Revolution and yes to reform; no to dictatorship and yes to votes; no to slavery and yes to citizenship.” The protesters’ demands echoed those of the Tiananmen Square protesters three decades earlier.

The current protests represent a clash of two epochs. China’s leaders of today grew up during the Mao era in circumstances far different from those experienced by people growing up in the reform and opening up era. Their world outlooks, life experiences, education, living conditions, and career paths are vastly different from China’s youth.

China’s political system is designed for the elderly. The ruling elites rise as a cohort one step at a time. By the time they reach the top, they are generally in their sixties or seventies. With each step, they gain greater power and freedom to practice their ideals, which were formed in the previous era, unconsciously bringing back an idealized past. This problem of the past leading the present underpins the generational gap in Chinese politics.

The Maoist code of conduct for a communist party member of ‘being a screw that never rusts’ or an ‘obedient tool of the Party’, who would ‘pack up and set off’ once called upon is logically translated into Xi’s demands for absolute loyalty. This is foreign to China’s youth, including young party members, who grew up in a culture of consumerism.

For a man like Xi, who lived through extreme poverty and slept in flea-infested cave dwellings, the difficulties encountered by today’s youth might seem trivial. It might well be difficult for those who grew up in the storms of “class struggle” and “proletarian dictatorship” to appreciate such values as freedom, democracy, human rights, and the rule of law. But these are at the core of the lives and self-identity of the young generation and it was these rights that were trampled during the lockdowns.

Common Triggers of China Protests Today and in 1989

Just as Hu Yaobang’s death triggered the 1989 protests, the death of Jiang Zemin on 30 November 2022 also led to a flurry of commemorations of his time as a more open, progressive, and tolerant era with less ideological rigidity than today. Jiang grew up and was educated in the pre-communist era and is the closest to a modern politician that the People’s Republic of China has produced so far.

In an obvious snub to Xi, people now remember Jiang as a less pretentious and a more spontaneous leader, who could laugh heartily, sang awkwardly on the world stage, remained jovial under criticism and ridicule, and was not intimidated by tough questions from Western journalists.

Xi Jinping is not only more ideological but also too anxious about his self-imagery as a ‘great leader’ building a historical legacy. The problem for Xi is the younger generations do not see anything so great about a politician. For Xi to be called by name to ‘step down’ must be a blow to an ego nurtured by years of basking in media glorification and praise from the yes-men he surrounds himself with. This is a rude awakening for Xi that could potentially alter the political dynamics in China.

Lance Gore is a senior research fellow at the East Asian Institute of the National University of Singapore.