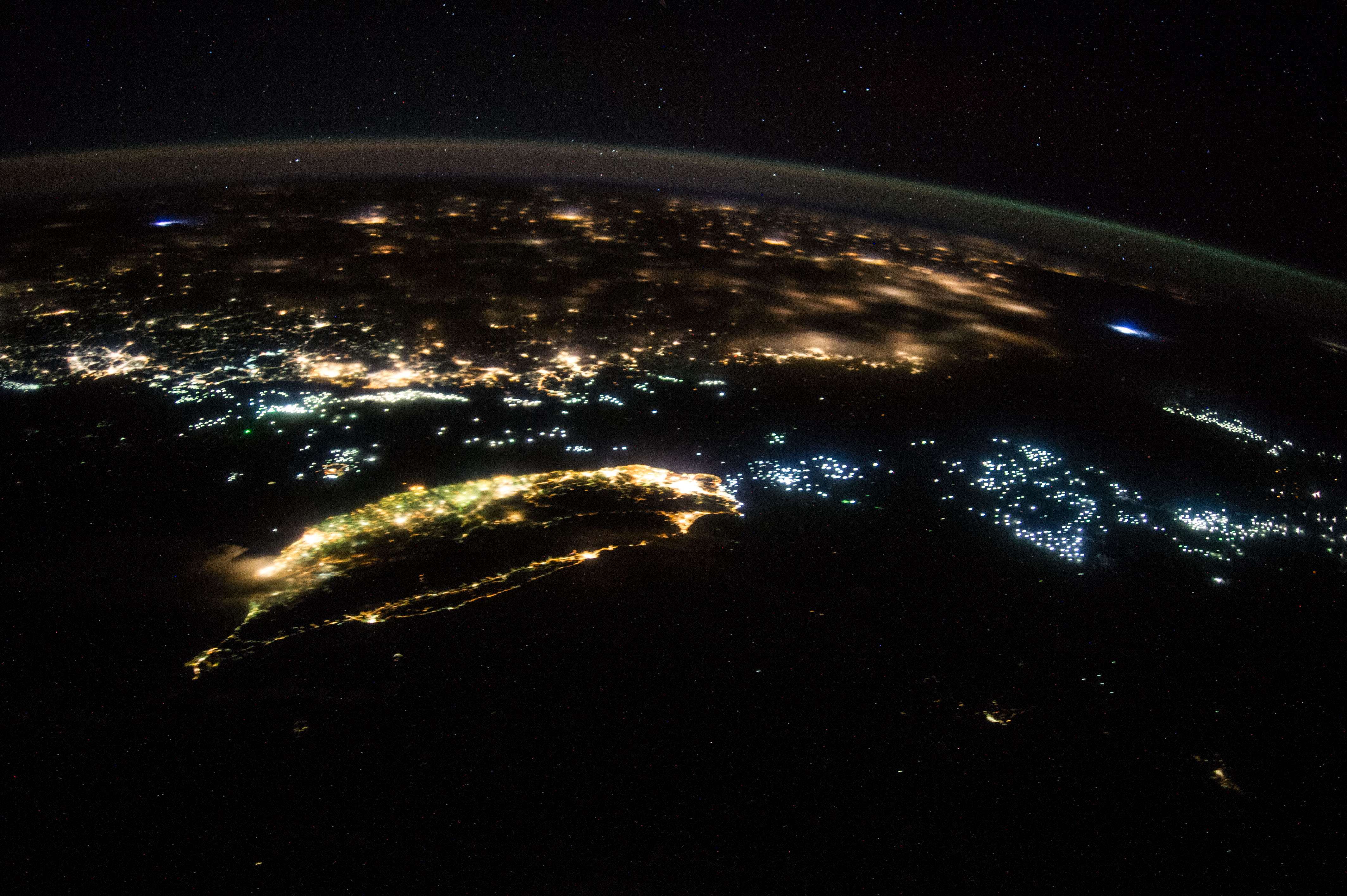 A view of Taiwan and part of mainland China from the International Space Station on July 27, 2014. (Image Credit: NASA)

China announced last week the list of international cooperation projects to be conducted aboard the new space station it is putting up in orbit in the next three years, according to a report in the state-run press agency Xinhua.

The selection of the projects was made jointly by the China Manned Space Agency and the United Nations Office for Outer Space Affairs and includes three projects that have been accepted only conditionally.

Beijing is stepping up its use of space diplomacy—taking a page out of the U.S. and Soviet playbooks—as it emerges as a space power rivaling the United States. In the past decade, China has completed successful missions to the moon, the development of sophisticated space weapons, and steady progress on a plan to put a space station into orbit by 2022.

In March 2016, Beijing and the United Nations invited applications for the space cooperation projects to be conducted on the space station. They received 42 proposals from 23 countries were received for scientific research, technological experiments, and other space-related projects on the new station.

In total, 23 projects from 17 countries were green-lighted by the 60-member selection team of 23 different applicants belonging to 17 countries, and a spokesperson for CMSA told Xinhua that the winners were selected on the basis of scientific significance.

Space.com reports that the winning teams hail from developed countries like Belgium, China, France, Japan, and Russia. Entities from India, Mexico, and Saudi Arabia have also made it to the list.

The selected projects include studies about small organisms in microgravity, development of solar-powered batteries, new perspectives on cancer prevention and treatment, as well as other experiments in astronomy, aerospace and some emerging technologies.

China has been pursuing the development of a space station since well over a decade. In 2011, the first part of the mission became public when Beijing launched test parts for the station into orbit around the earth.

A follow-up launch was carried out in 2016, comprising of refueling and some other critical systems which would be required to keep the space station in orbit for a number of years. China is expected to conduct more tests before launching the actual station in phases between 2020 and 2022.

The space station will primarily be used to conduct scientific experiments, reports Xinhua, a Chinese-government outlet. An experiment module, to be installed aboard the new station, is under development, along with experimental racks, optical modules and an external platform for payloads.

Toward a U.S.-China Cold War in Space?

In the long term, Beijing hopes to use the cooperation and exchanges which happen on the space station to build relationships with different countries on earth and emerge as a space power willing to share technological advances with the world.

China stands at the cusp of another milestone with the launch of the space station, as only the U.S. and Russia have one in orbit at the moment, operated jointly by both. With a successful flight to space under its belt, the station could propel China firmly into the club of leading space-faring nations.

A plan to build a solar-powered electricity generating station in space is also in the works, which could be revolutionary in terms of not only providing an alternate power source for citizens on earth but also maintaining a permanent presence in space and launching missions to other planets in the solar system.

In addition, Beijing has two separate constellation of satellites in orbit for a navigation system—named BeiDou—which provides with significant strategic advantages in case of a conflict with any country on earth. As U.S. President Donald Trump announced plans for a Space Force, Vice President Mike Pence in March acknowledged that China had become the preeminent global space power – perhaps alluding to recent Chinese achievements in the sector.

The competition between the and China for dominance in space technology seems similar to Cold War tensions between the U.S. and the Soviets. However, since Beijing and Washington have so far refused to diplomatically discuss rising tensions in space, the new space race could take a far more dangerous turn in the coming decades.