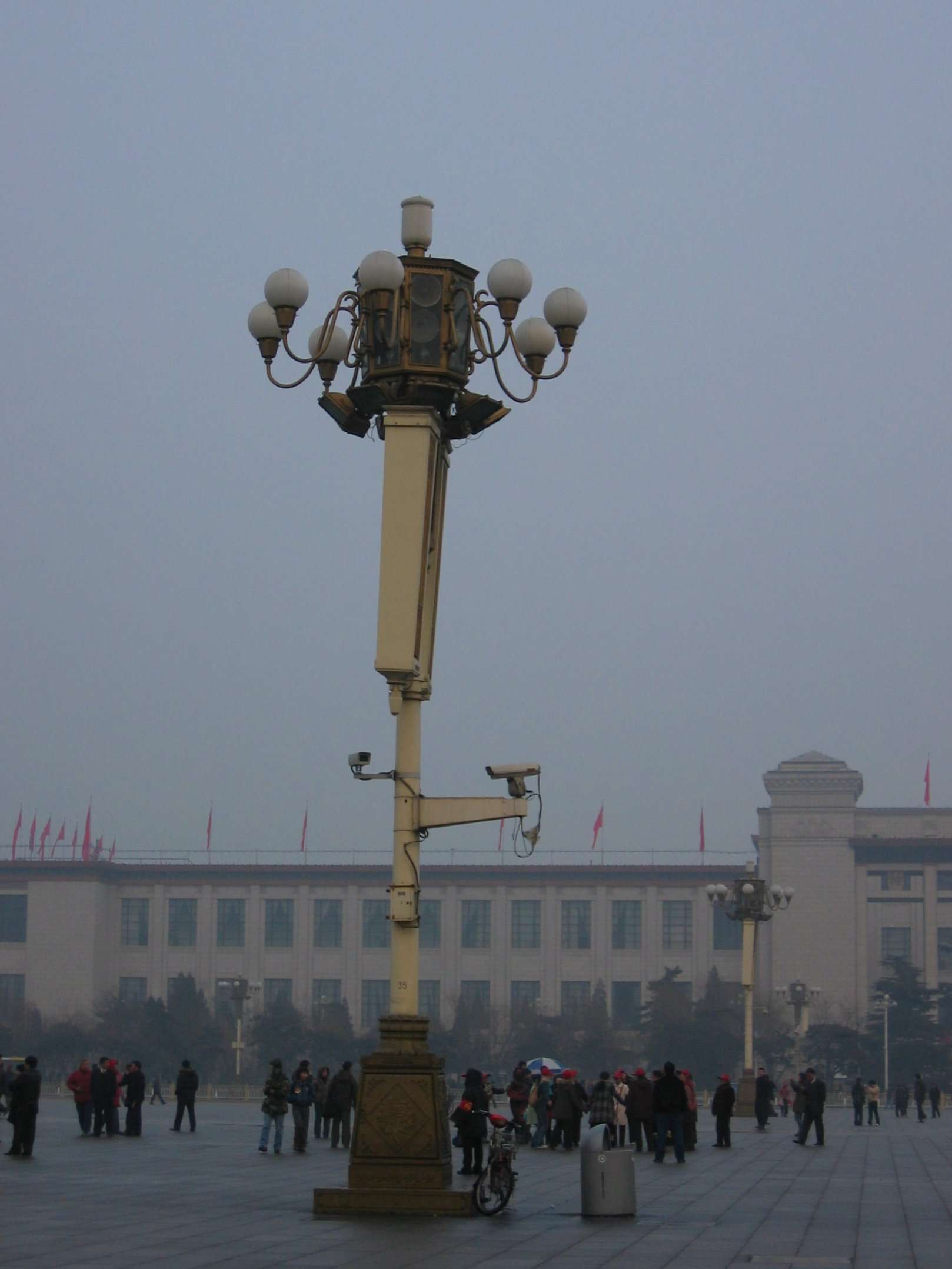 China is exporting its model of invasive, all-encompassing surveillance to Central Asia, often for free.

China is exporting its model of invasive, all-encompassing surveillance to Central Asia. The few who know about it are usually suspicious, but then again, the public is not being asked for its opinion.

In Kyrgyzstan, advanced facial recognition technology is being introduced by a Beijing-based defense equipment supplier whose technology was used to subdue China’s historically Muslim-populated Xinjiang region. The company, Chinese National Electronics Import & Export Corporation, or CEIEC, is reportedly giving away its wares to Kyrgyzstan.

It is unclear is where all the data needed to make the surveillance systems operate are being stored. Lawmakers in Kyrgyzstan, as well as Tajikistan and Uzbekistan, where Chinese-made facial recognition systems are also being put into place, have not queried whether citizens’ sensitive information is falling into the hands of a foreign government. In Kyrgyzstan at least, access to real-time information on population movements is in effect being entrusted blindly to a company with close ties to China’s military establishment.

CEIEC has already introduced its technology in foreign markets. The sales pitch is that the software enables automated policing by combining artificial intelligence and facial recognition to identify public threats as they appear.

But as the New York Times reported in April, while there are doubts about what impact CEIEC’s system has had on the crime rate in Ecuador, the information it gathers is also available to the country’s domestic intelligence agency. Venezuela, Bolivia, Angola have been sold the same technology, which was developed jointly by Chinese tech giant Huawei.

Kyrgyzstan: Free Is Not Freedom?

Kyrgyzstan had initially eschewed Chinese help on this front. The government in Bishkek opted for a Russian company called Vega, which in late 2018 secured a government tender to install dozens of traffic cameras in the capital and on the nation’s highway for around $33 million. Vega said the project would reduce the number of motor accidents.

Huawei had earlier in the year tentatively reached a $60 million agreement to install similar hardware under Bishkek’s Safe City initiative – as the surveillance camera networks are known throughout the region – but the deal fell through for unknown reasons. With Vega’s equipment now in place, CEIEC surveillance is now being put to use identifying individuals or groups of people and locating vehicles in Bishkek.

In China, these systems have gone far beyond simply monitoring traffic violations. Millions of CCTV cameras track people’s daily activities and feed that information into a social credit system – an explicitly ideological algorithm that has been widely used to deny citizens basic privileges, such as the right to buy plane or train tickets.

Even those that approve of aspects of this snooping regime are suspicious about the Chinese angle.

“I’m in favor of such a system, but only if local specialists work on it – not the Chinese,” said Arstan, a 47-year-old Bishkek taxi driver, told Eurasianet without providing his surname. “I don’t trust them. We don’t know anything about their politics here. Only our government knows their intentions.”

“Technical access to data can be gained by Chinese companies, our own programmers or intelligence services prepared to bribe the local operator of this system,” said IT specialist Daniel Vartanov.

The most sinister application of this technology has been in Xinjiang, a western region of China in which hundreds of thousands of ethnic Uyghurs, Kazakh, Kyrgyz, others have been interned in reeducation camps. Facial recognition software is reportedly able to distinguish ethnic group appurtenance and collect fine details on what people do and buy, where they go and whom they communicate the street or on the internet.

“I don’t want everything to be under control,” Atyrkul, a 55-year-old healthcare worker, told Eurasianet. “It is not acceptable that every step is going to be monitored.”

Uzbekistan: No Surveillance, No Chinese Investment

In Uzbekistan, the Safe Cities surveillance project is being implemented by Chinese companies CITIC Groups and COSTAR Group, in collaboration with the Information Technology Development Ministry. The actual equipment, however, is coming from Huawei. The Chinese investors have committed to $300 million worth of investments in the first stage of the project, but they have said this sum could grow to $1 billion.

In highly suggestive remarks, Liu Jiaxing, head of Huawei’s representative office in Uzbekistan, told Podrobno.uz that the security provided by systems like those of his company were indispensable preconditions for foreign investment – most notably from cash-rich China, presumably.

“Investors will only go where the situation is stable. In view of this, the implementation of the Safe City project is very important for Uzbekistan as it will help the country develop its investment potential,” Liu said.

President Shavkat Mirziyoyev has said the Safe City initiative should cover the whole country by 2023.

But the whole exercise has gone through without an iota of public discussion. Russia’s Vega secured the Kyrgyzstan contract by competing in a tender. Nothing like that happened in Uzbekistan. Parliament is – and will for the foreseeable future likely remain – a toothless rubber-stamp body.

Members of the public quizzed by Eurasianet are uneasy, however.

“This video surveillance is being installed in our city, and without us knowing about it. What do we need this total video control for?” said Venera Hakimova, a Tashkent resident who works for a classified ads newspaper. “Personally, I don’t want cameras all over my city, like they have in China.”

Even those who like the idea of additional security on the streets are suspicious.

“Facial recognition technology may be positive from a security standpoint, but this is a violation of civil liberties and people’s freedom of movement,” said Nodir Makhmudov, a marketing specialist. “This technology could be useful for traffic police, in airports and train stations, but we do not need it in public places in the city.”

Tajikistan: Where Does the Data Go?

Dealings with Huawei go a little further back in Tajikistan. In 2013, the government sealed a $22 million deal for the company to install hundreds of CCTV and traffic cameras around the capital, Dushanbe.

The traffic cameras are hated by motorists, but they have undoubtedly made the roads safer. Officials are delighted as the system has generated vast amounts of revenue in fines – around $14 million last year alone.

In June, Furkat Shoimardonov, a representative for Dushanbe’s Safe City program, announced the network was set for an upgrade. Cameras at the airport, the railway station, shopping centers, bazaars, parks, other popular locations would now be able to recognize faces.

Shoimardonov told RFE/RL’s Tajik service, Radio Ozodi, that the main intent for this technology was to clamp down on crime.

“If the camera determines that a certain citizen looks 25 percent like a wanted person, the information will immediately be sent to our center,” Shoimardonov told Ozodi.

Tajikistan is, like anywhere else in the world, afflicted by petty and serious crime. But the nation’s prisons are also packed with hundreds of people convicted on charges of belonging to a banned opposition political party and for perceived excessive Islamic piety.

Talk about crackdowns on crime generates scorn on the streets of Dushanbe, where the sons of top officials regularly tear up and down at great speed at night in expensive imported cars.

“All artificial intelligence automatically turns away when the little son of some official does something wrong,” 30-year-old Dushanbe resident Farukh Hamroyev told Eurasianet.

People in Tajikistan are being firmly chivvied into getting updated biometric identification documents. In February, the government declared that everybody with a phone SIM card would need to re-register under the new type of ID – one that includes not just the holder’s name and address but also fingerprints and blood type.

Huawei does not disclose whether that pool of information is included in its system. But some seem suspicious that it is and worry what that implies. Xinjiang, after all, is just next door and shares a 477-kilometer border with Tajikistan.

“At this rate, the fate of Tajik Muslims will be the same as that of the Uyghurs in China,” said Badakhshon Khalifayeva, 50. “On every corner, they have to show their ID. That is probably why they are collecting everybody’s fingerprints and making people get new passports.

This article was originally published by Eurasianet.

In this article:Belt and Road Initiative, Central Asia, China, Tajikistan