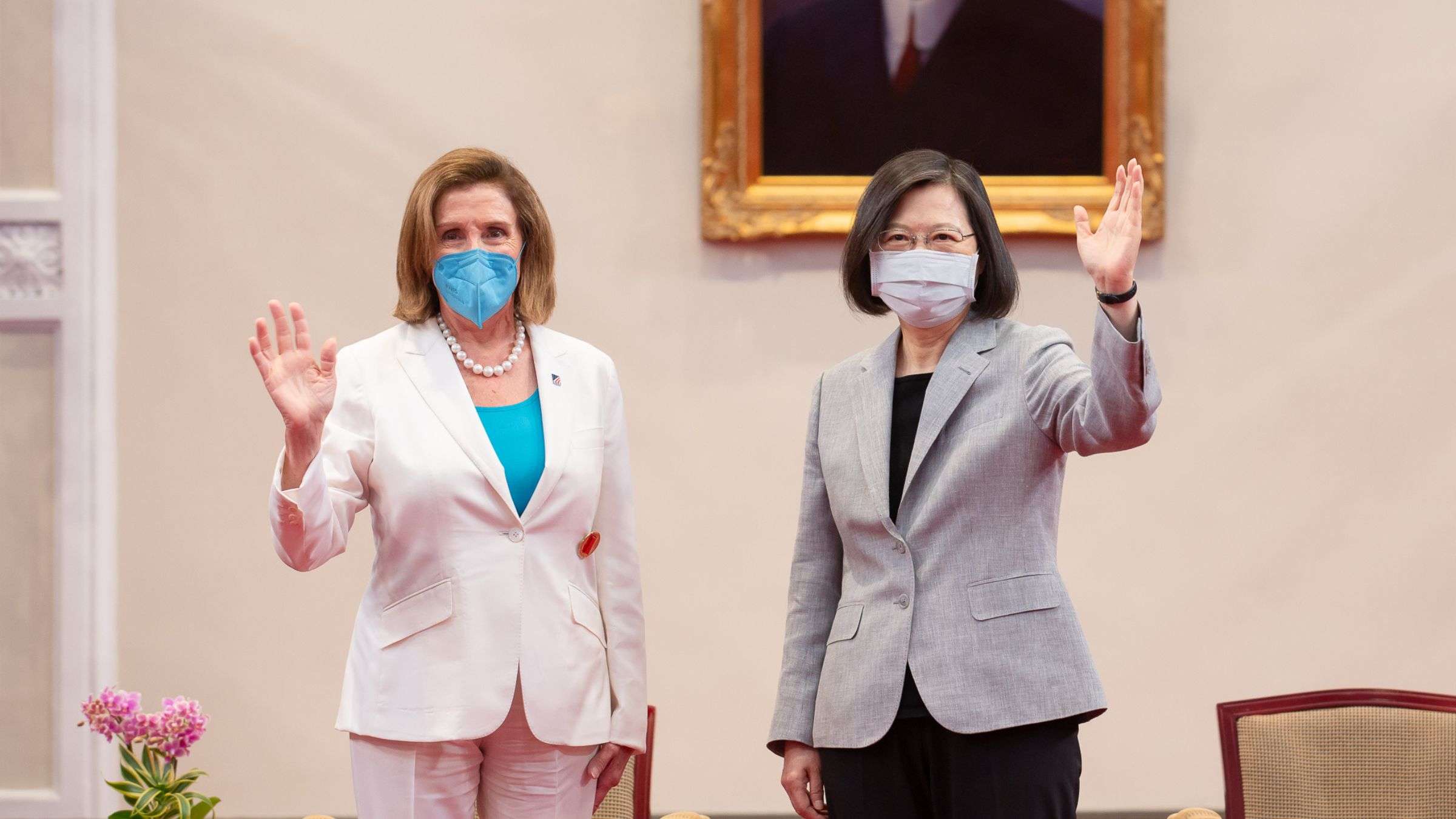 The visit of Rep. Nancy Pelosi to Taiwan last week wasn’t the first trip by a House speaker. But it could end up being the most consequential.

To be clear, the risk of an imminent Chinese invasion of Taiwan is low. But the Pelosi visit has undoubtedly escalated tensions along the Taiwan Strait — the body of water that separates mainland China from the island of Taiwan. And this could not only continue indefinitely, but also lead to unexpected consequences, potentially to Taiwan’s detriment.

A Tense ‘New Normal’ Along the Taiwan Strait

Susan Shirk, a professor at UC San Diego, told Yahoo Finance this week that the Pelosi visit has given Chinese President Xi Jinping the ability to “create a new normal in which Chinese military planes and ships and other gray zones, even Coast Guard vessels, will be pressing Taiwan.”

Beijing’s Response to the Pelosi Visit

Pelosi’s trip to Taiwan was preceded by fiery rhetoric from Beijing — including its “Wolf Warrior” diplomats — with Xi literally warning Pelosi that she was “playing with fire.”

With his failure to deter Pelosi’s visit, the Chinese president lost face in the eyes of his country’s nationalists. Since then, China has held daily live-fire exercises in the Taiwan Strait, crossing the “median line” buffer zone into what Taiwan regards as its territorial waters. Other escalatory actions by Beijing include the firing of missiles over Taiwan.

But Beijing’s aggressive behavior in the Taiwan Strait is motivated by pull factors too. On Tuesday, Taiwan Foreign Minister Joseph Wu said, “China has used the drills in its military playbook to prepare for the invasion of Taiwan.”

Why Did Nancy Pelosi Visit Taiwan?

What the Pelosi-led congressional delegation to Taiwan sought to achieve remains unclear. In Taipei, Pelosi met Taiwanese President Tsai Ing-Wein and assured the country’s leadership that U.S. support for democracy in Taiwan was “ironclad.”

But Taiwan enjoys bipartisan support in Washington. And President Joe Biden asserted — not without controversy — this year that the U.S. would defend Taiwan should China invade.

Yet the same Joe Biden criticized Pelosi’s visit, stating that “the military thinks it’s not a good idea right now.” New York Times columnist Tom Friedman rightly warned that “nothing good will come of” the speaker’s trip to Taiwan.

Indeed, Pelosi’s visit has not made actually Taiwan more secure, it has disrupted the “strategic ambiguity” that has guided U.S. policy toward Taiwan for four decades, which has helped enable the island country to emerge as a flourishing democracy, advanced economy, and technological leader.

Why Strategic Ambiguity on Taiwan Matters

That same year, Congress passed the Taiwan Relations Act, which opposes attempts to change Taiwan’s status “by other than peaceful means” — including a blockade — and includes a U.S. commitment to provide Taiwan with “arms of a defensive character.”

Along with the Taiwan Relations Act, three U.S.-China Joint Communiques and Ronald Reagan’s Six Assurances to Taiwan serve as the basis for U.S. policy toward Taiwan, which has amounted to “strategic ambiguity.”

The United States falls short of recognizing Taiwan’s independence and does not obligate itself to fight in a war to defend Taiwan. But it also maintains unofficial relations with Taipei and provides it with the weapons necessary to deter a Chinese invasion.

Strategic ambiguity has provided Taiwan with the peace necessary to prosper, while also allowing the U.S. to grow relations with China.

Will the U.S. Fight a War With China Over Taiwan?

A formal U.S. commitment to defend Taiwan could embolden pro-independence forces in Taiwan — a country that is cautious and divided on the choice between independence or reunification with China.

Today, only around 6 percent of Taiwanese support unification with China, compared to 21 percent in 1995, according to surveys by the Election Study Center at the National Chengchi University. In contrast, support for independence in Taiwan is growing.

China’s threat to Taiwan’s self-rule will grow as its military modernizes and amasses the capabilities to successfully take over the island country. But a direct amphibious invasion is unlikely to succeed, should the U.S. intervene.

A U.S.-China war over Taiwan, however, would be a lose-lose proposition. War games conducted last week at the Center for Strategic and International Studies concluded that while Taiwan would be able to deter a Chinese invasion with direct U.S. support, doing so would involve catastrophic damage to Taiwan and the considerable loss of U.S. lives.

And that’s what makes Pelosi’s trip to Taiwan so counterproductive. It provides Xi with the pretext to press Taiwan short of an amphibious invasion and test America’s commitment to Taiwan.

While a majority of Americans polled last year say they support defending Taiwan if China invades, that support could quickly decline as the U.S. public becomes aware of the potential consequences — including nuclearization. As China probes Taiwan and maintains the heat on it, the limits of Washington’s commitment to Taipei could be exposed, emboldening Beijing.

What Taiwan needs is a focused and steady buildup of its asymmetric defensive capabilities — also known as its “porcupine strategy” — learning from Ukraine’s successes in slowing Russia’s advances.

Taiwan, as many defense analysts recommend, also needs to amass “a large number of small things,” including weapons systems that are small, smart, stealthy, and mobile — like fast-attack boats, mines, and man-portable air-defense systems (MANPADS).