Twitter, Banned in China, Is a Tool for Beijing’s Assertive Diplomacy 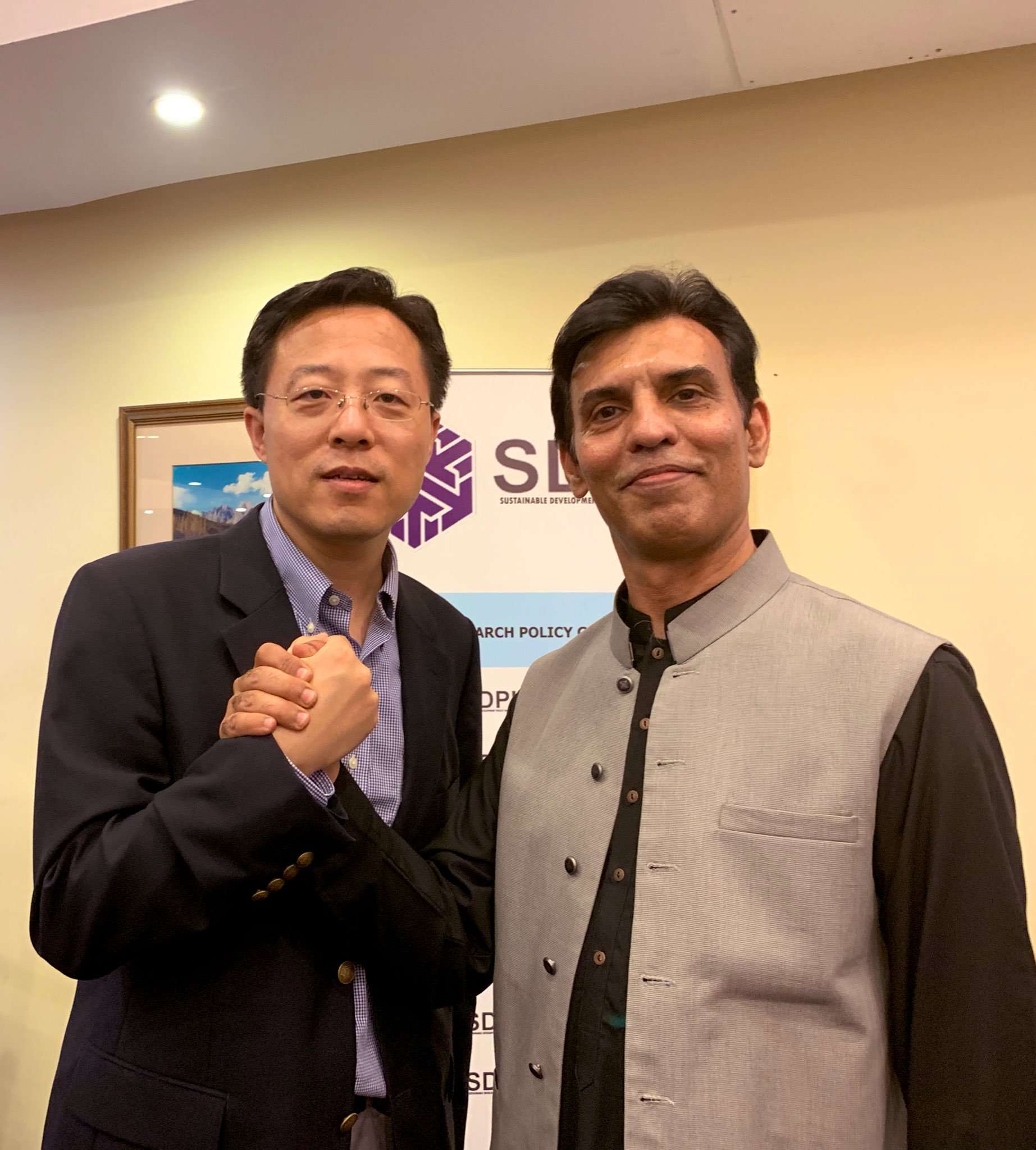 Zhao Lijian, the deputy chief of mission at the Chinese Embassy in Pakistan, is leaving the country next week after completing his tenure — but only after shaking up what one might call “Twitter diplomacy.”

While Chinese diplomats are generally known for being reserved, Zhao has become famous for his direct and bold style on Twitter. From defending the China-Pakistan Economic Corridor or CPEC to making controversial comments about racism and gun violence in the United States, Zhao has never held back on sharing his unfiltered opinion in defense of China.

Several news outlets have compared Zhao’s style to that of U.S. President Donald Trump, with The Guardian terming it as “a new kind of Trump-style public diplomacy.” The use of Twitter by Zhao and other Chinese diplomats is ironic given that the site has been banned in China since 2009.

Zhao first tweeted in 2010, but he only became an active user of the site after being posted to Pakistan in 2015, tweeting a photo of a scenic location in northern Pakistan. Since then, the diplomat has voiced his opinion openly, creating controversies on occasion.

The outgoing deputy chief of mission has been a vocal supporter of CPEC — which Beijing has termed as a “flagship project” of its broader Belt and Road Initiative or BRI. And he’s never shied away from calling out detractors of BRI and CPEC, including in Pakistan.

Zhao responded harshly to a recent post on Medium by Farooq Tirmizi, a Washington, DC-based Pakistani frontier and emerging markets analyst. Tirmizi, quite controversially, argued that CPEC has no future in Pakistan and has even lost the support of the country’s powerful army.

Zhao took to Twitter to point out that the author’s views don’t align with reality. In a series of tweets, he called the article the “joke of the day”:

Zhao also recently took on Zaid Hamid, a controversial Pakistani defense analyst once detained in Saudi Arabia, for commenting on the alleged persecution of Uighurs at the hands of the Chinese government. He called Hamid an ill-informed terrorist sympathizer.

Responding to Hamid’s accusations in his tweet, Zhao wrote:

While responding to a tweet by Hamid, Zhao claimed that the Pakistani commentator is trying to sabotage relations between Beijing and Islamabad.

Zhao has also fired shots at the United States. And he received fire in return from none other than former National Security Advisor Susan Rice. Last month, in a now-deleted tweet, he claimed that whites don’t go into predominantly black and Hispanic areas of Washington, DC. The tweet came as a response to a letter signed by the United States and 20 other countries condemning Beijing’s repression of the Uighur Muslim minorities.

“If you’re in Washington, D.C., you know the white never go to the SW area, because it’s an area for the black & Latin. There’s a saying ‘black in & white out’, which means that as long as a black family enters, white people will quit, & price of the apartment will fall sharply.”

Rice called Zhao’s remarks racist and ignorant. But she incorrectly assumed that he was part of Chinese diplomatic mission in Washington and called on China’s ambassador to the United States to send Zhao home:

While Zhao deleted his initial tweet, he responded by sharing an article by The Washington Post explaining the racial segregation in Washington, DC. He also threw some jabs directly at Susan Rice, calling her “a disgrace” and “shockingly ignorant,” according to Buzzfeed.

During his tenure in Pakistan, Zhao also stayed connected with the public. In April, he took notice of a video gone viral on Twitter. The video showed a grieving mother appealing for help for her son who has reportedly been in Chinese custody. Zhao while responding to the video said that the passport number shared by the lady is invalid:

According to Inkstone, Zhao believes that it’s time for Chinese diplomats to be more active on social media platforms, particularly Twitter. He argues that Twitter provides direct access and more engagement with audiences in host countries. But given the tight control Beijing has over its diplomats, he is certain to have the approval of the Communist Party leadership.

A few other Chinese diplomats abroad have also started to use the platform to confront critics more directly and aggressively, as noted by The Guardian. The publication calls it a strategic move to make China appear more approachable and friendly to foreign audiences. But overzealousness in defending China could also backfire.

Zhao has amassed a Twitter following of over 190,000. He’s now leaving Pakistan, but the impact he’s had may endure as China responds to a global pushback against its rise, including in the realms of space and 5G technology. So the question many Pakistanis might be asking is: Who will fill Zhao Lijian’s shoes?