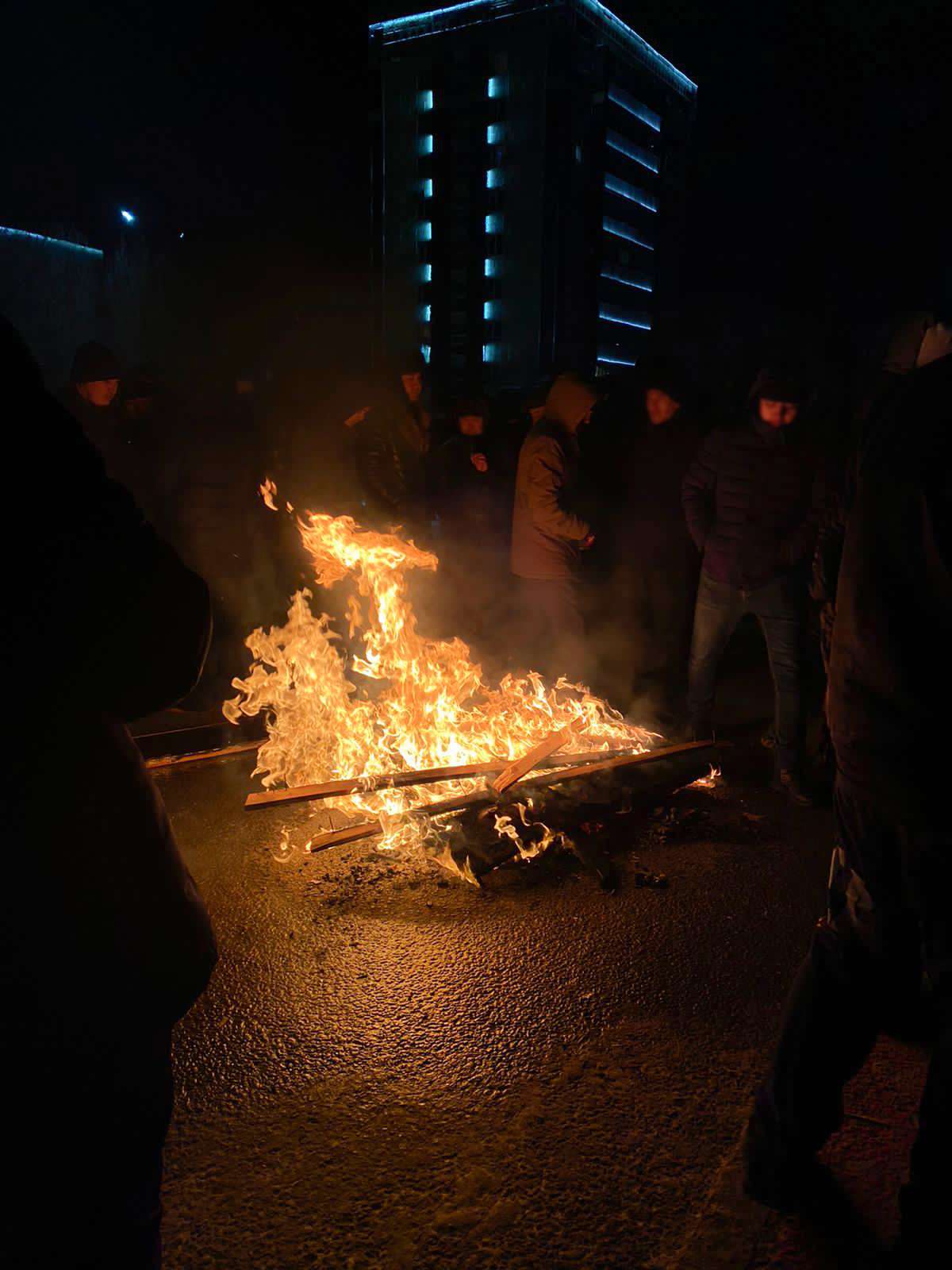 Protesters at the central square of Aktobe, Kazakhstan on January 4, 2022. (Image Credit: Esetok, via Wikimedia Commons)

The protests that began over the weekend in the western Kazakhstan town of Zhanaozen have rolled into their third day and are now spreading across the country.

The demands of the crowds are sounding increasingly political, according to scant reports from the region.

But they began with something very concrete: the price of liquified petroleum gas, or LPG, the fuel that many use to power their cars.

What Caused the Spike in LPG Prices in Kazakhstan?

It all began with the phased transition to electronic trading for LPG that began in January 2019 and concluded on the first day of this year. The idea was to gradually end the subsidizing of prices for domestic fuel consumers and to allow the market to dictate prices instead. This means that almost all trade in LPG now happens over online trading platforms, with the exception of sales to industrial consumers in the petrochemical sector and a few other cases.

This policy has, predictably enough, led to a particularly precipitous rise in costs where demand for this fuel is high. And that has been the case in Kazakhstan’s western Mangystau region. In a matter of days, prices for LPG at gas stations doubled from 60 tenge ($0.14) to 120 tenge ($0.28) per liter. The government estimates that 70-90 percent of vehicles in the region run on LPG. That is a higher proportion than in many other parts of Kazakhstan.

Despite western Kazakhstan being rich in oil and gas, it is acknowledged that quality of life there is generally inferior to the capital, Nur-Sultan, and the business capital, Almaty. Roads are often poor, public amenities below standards, and because food has to be brought in over large distances, it can often end up costing more than in those richer urban centers. Fiddling with fuel prices was always bound to inspire rage.

How Has the Kazakh Government Defended Its LPG Policy?

Officials have scrambled to insist that the transition to electronic trading is not the only factor at play in Mangystau’s especially sharp price rises. Energy Minister Magzum Mirzagaliyev has gone so far as to accuse gas stations in the region of price-fixing. Their mark-up on LPG sales stands at 25-50 percent, which is “higher than expected” and “gives us grounds to suspect possible price speculation among filling stations,” he said. The anti-monopoly agency is investigating.

Sure enough, filling stations in Mangystau appeared to quickly respond to pressure from the government and reduced their prices for LPG to 85-90 tenge per liter as a way of mollifying the swelling number of protesters. And then, on January 4, after talks between a government commission dispatched from Nur-Sultan to appease the demonstrators and representatives of the protesters in Aktau, an oil city near Zhanaozen where thousands of protesters have also gathered, officials announced that the price of LPG in Mangystau would be slashed once more, to 50 tenge ($0.11) per liter. That is 16 percent lower than it was before the protests began.

What Was Wrong With Kazakhstan’s Old LPG Trading System Anyway?

This is the government’s account of things. Prior to the transition to online trading, LPG was generally sold at a loss for producers, because prices for domestic consumers were regulated by the state and set at a rate below the cost of producing the fuel. In those conditions, there was little reason to produce LPG, which in turn generated shortages.

Another goal of the reform was to tackle illegal trading in LPG. Black-market operators are said to covertly export the commodity to countries where prices are significantly higher than in Kazakhstan. The government has produced data showing that the average retail price for LPG stands at 110 tenge ($0.25) per liter in Kazakhstan. That is two-thirds as much as Russians pay and around half the price LPG sells for in Kyrgyzstan.

With market relations dictating prices, making and selling LPG would finally become a more attractive proposition for producers. Why, those producers will have asked themselves, were they paying 80 tenge to produce a liter of LPG in Mangystau, but only being allowed to sell it for 60 tenge?

For long-term planners in Nur-Sultan, the transition to market rules was to be a cure-all. Investors in the fuel sector would now finally have enough money to refurbish aging and unproductive old plants, or maybe build new ones from scratch.

And no longer would drivers endure the endless cycles of shortages. Those shortages were only due to worsen, by the way. Demand for LPG in 2021 rose by 14 percent year on year, up to 1.6 million tons – even as production remained flat.

Indeed, mixed in with the raging over price rises this week, there was also fuming about deficits of the fuel.

In the face of the escalating anger, the government may, for now, have to shelve its notions of switching to market rules. It’s either that, or riding it out and doing what it takes to solve the fuel sector’s intractable problems.

This story was originally published by Eurasianet.

In this article:Economy, Energy, Kazakhstan
Up Next: