Will China Dominate Space? The U.S. Says That's Its Goal. 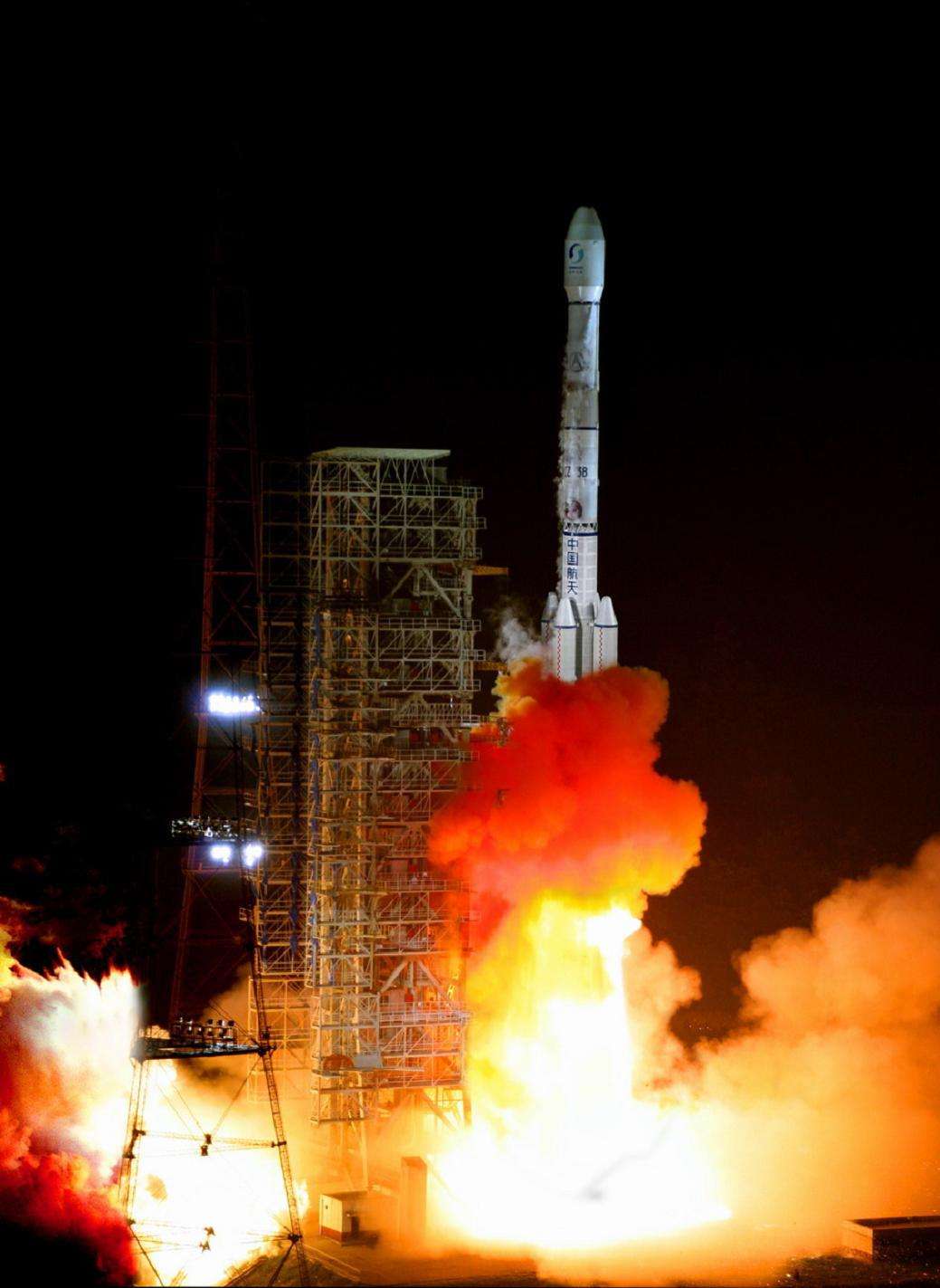 The launch of the Long March 3B Rocket at the Xichang Satellite Center in China. (Image Credit: AAxanderr/Wikimedia Commons)

Addressing the National Space Council in March, United States Vice President Mike Pence in March said that China had revealed ambitions to become the preeminent global space power by seizing high ground and landing on the far side of the moon. Pence also remarked on the occasion that the U.S. had entered into a new space race with high stakes.

To deal with the threat emanating from Beijing, he announced that the U.S. would be landing humans back on the moon by 2024—four years earlier than scheduled. The development came as the North American country prepared to establish a new dedicated military unit for space—named Space Force—to deal with the Chinese militarization of outer space. The decision to establish a space force had been made by President Donald Trump in June 2018.

Over the past few years, as the space program of China has achieved a number of firsts which have firmly established the position of the country as a space superpower, the U.S. has become increasingly wary of China’s ambitions in space. However, even with extraordinary achievements like manned spaceflight, landing on the moon and testing anti-satellite weapons, Beijing has kept a decidedly low international profile in space affairs, at least until recently.

Under the rule of President Xi Jinping, China has assumed a more assertive role on the global stage. But its ambitions go beyond the earthly realm, deep into space.

In the last decade, China has slowly begun to flex its diplomatic muscle in space. The decision to project soft power complements the military maneuvers of the country in outer space. Beijing is working on the deployment of a space station in orbit by 2022, which would give it a permanent base in space, becoming only the third country in the world to achieve the feat after the United States and Russia.

Even though the Chinese have grand plans for their space missions of the future, it is mostly the decay of American power in space, rather than the rise of China, that’s handed Beijing the initiative in the new space race. The end of the Cold War coincided with the economic transformation of China through the last decade of the twentieth century, and policymakers in the U.S. have failed to keep pace with the scale of Chinese ambitions in space.

According to a report by the U.S. National Science Foundation, employment across the space industry has fallen from 266,700 to 216,300 between 2006 and 2016, despite jobs doubling in the broader science and engineering fields over the past four decades. The American population is also aging. Trend lines in American demography indicate that half of the U.S. workforce will retire ten years from now. Immigration is vital for the replenishment of the American labor force.

Coupled with a steady decline in the number of science and engineering graduates in the country, and the fact that more than half of the current doctorates in these fields were born outside the United States, this truly represents a discipline in crisis. On the other hand, Chinese universities are far outpacing their American counterparts in the number of university degrees awarded in science and technology.

In addition to academic infrastructure, funding into the space sector is also a key area in which Beijing has managed to beat the United States. Since the fall of the Berlin Wall in 1991, the United States has shuttered many science and technology projects, including the space shuttle program and plans for a particle collider to study the origins of the universe. Meanwhile, the Chinese have achieved manned spaceflight and funded many breakthrough science projects.

Industry disunity is also a problem for the U.S. when it comes to competition with China. The total sales of American aerospace companies far outstrip the spending on space programs. In China, since the government works closely with private companies, this space-industrial complex has not yet taken root. However, Beijing has matched Washington stride for stride in the build-up of military weapons designed for use in space.

What Military Ambitions Does China Have for Space in the Long Term?

The Chinese have slowly been increasing their reliance on assets in space. According to a report in Politico, Beijing has 120 intelligence, reconnaissance and surveillance satellites in orbit, second only to the United States. In 2007, China demonstrated its ability to target satellites in space in 2007 with an anti-satellite weapon (ASAT) test in low-earth orbit. The U.S. had tested ASAT weapons in 1985 and 2008.

However, China’s buildup of military technology in space goes beyond ASAT weapons. China has been pursuing the development of three different kinds of ASAT weapons, including co-orbital killers and high-powered lasers designed to target objects in low-earth orbit. The manufacture of softer weapons capable of freezing or shutting down satellites through electronic and cyberattacks have been going on as well.

In 2015, China created a Strategic Support Force of the army which is a dedicated military unit concentrating on space. The U.S. Space Force seems to be a step in a similar direction. According to a report in Politico, the Chinese also possess missiles capable of targeting satellites in geosynchronous orbits 22,000 miles above the earth, a capability both the U.S. and Russia lack.

Chinese missions to the moon have onboard equipment for the mining of resources, and U.S. military experts believe these could provide Beijing with lunar high-ground—a rough term describing the strategic advantages of occupying the moon—for dominating economic and military conflicts back here on earth.