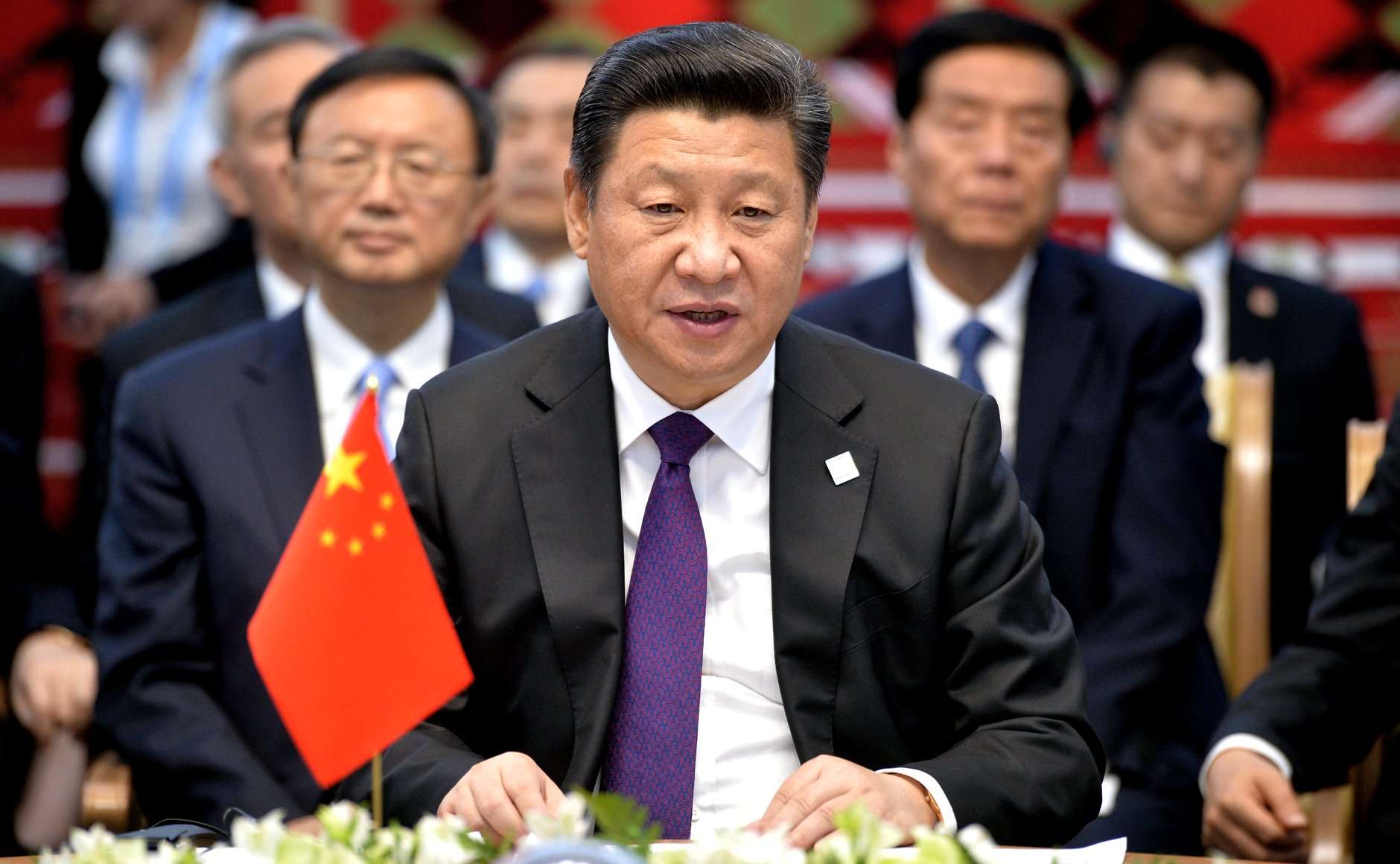 Last October, Chinese President Xi Jinping was elected to a second consecutive term as general secretary of the Chinese Communist Party (CCP), increasing the odds that he could serve as president for life. The party and the state are synonymous in the People’s Republic of China (PRC) — a one-party state. And it has been convention over the past twenty-five years that the CCP general secretary also serves as the country’s president.

This week, the CCP proposed an amendment that would abolish the two-term limit on the presidency, enabling Xi to serve beyond his impending second term and possibly for life.

While the presidency is a symbolic position and there are no term limits on the post of CCP general secretary — the most powerful position in the country — political authority in the nation of 1.4 billion people is now being concentrated in the hands of one man in a way not seen since the days of Mao Zedong, who led China from the founding of the PRC in 1949 till his death in 1976.

The consolidation of power by Xi, who as CCP general secretary also serves as chairman of the central military commission, is part of a global trend toward strongman rule witnessed in Russia, Saudi Arabia, Turkey, and India.

Under Xi, the CCP has steadily moved away from the consensus-based rule and “first among equals” approach of his predecessor, Hu Jintao. Since assuming the posts of CCP general secretary and PRC president in 2013, Xi initiated a wide-scale purge of the CCP and People’s Liberation Army (PLA), ostensibly to combat corruption.

From early 2013 to mid-2016, a total of 913,000 officials were disciplined, according to the CCP. In 2015 alone, nearly 300,000 party officials were punished for corruption, with roughly 80,000 receiving tough sentences, the CCP claims. Over 170 ministers and deputies have been sacked under Xi, according to a BBC study. The number of CCP central committee members who have been disciplined from 2012-2017 equals the number in the previous 63 years.

Among the senior CCP members include Zhou Yongkang, a top-ranking security official, and “rising stars” Bo Xilai and Sun Zhengcai. High-ranking PLA officers arrested during the era of Xi include Central Military Commission vice-chairmen Xu Caihou and Guo Boxiong. Xu died of bladder cancer in 2015, while Guo was sentenced to life in prison in 2016. Zhang Yang, a senior PLA officer under investigation for corruption, committed suicide in November 2017.

As Xi has rearranged the deck of the CCP and PLA to cast aside competitors and the genuinely corrupt, his governing philosophy has been also elevated. Xi is the only Chinese leader, other than Mao and Deng Xiaoping, to have an eponymous ideology (“thought”) or principles (“theory”) enshrined in the constitution.

Xi’s “thoughts” have also been compiled in book form and translated into many languages. “Xi Jinping Thought,” the shorthand the CCP uses to describe it in English, consists of 14 principles that essentially depict his governing priorities and provide direction to the CCP on language and terminology to adopt.

Xi Jinping Thought melds Marxism and Maoism with legalism and neo-traditionalism. It aims to promote the hegemony of the party, correct the excesses of the previous era (corruption, environmental degradation, and income inequality), and strengthen China’s global economic and military footprint.

We see Xi Jinping Thought applied in the CCP’s growing presence in the management of state-owned enterprises and in China’s attempts to consolidate a military presence on disputed islands in its near periphery, the South China Sea.

Simply put, Xi aims to make China great again. Under Xi, Beijing is venturing out into the world with a level of confidence unprecedented in its modern history.

China established its first overseas military base in Djibouti in the Horn of Africa region in 2015. Xi has pushed forward a massive reform of the military command structure and upgrades of its technology to produce a leaner, more efficient military by 2020.

With the Belt and Road Initiative, Xi’s flagship economic connectivity campaign, Beijing is not only keeping its state-owned enterprises afloat by subsidizing its overseas operations as the domestic market faces overcapacity and oversupply, but it also aims to redraw the economic geography of the world, positioning China as the central pivot of the next phase of globalization. Xi’s China sees itself on a path toward achieving strategic parity with the United States.

In the previous decade, some foreign observers of China argued that China’s integration into the global economy—paved by reforms that began in the Deng era in the 1980s and accelerated by China’s entry into the World Trade Organization in 2001—would usher in both greater civic freedoms and a transition toward a market economy.

The impact on the Chinese economy has been nothing short of phenomenal. China has graduated from becoming a powerhouse of light manufacturing to heavy—and it is now pioneering in innovation, including artificial intelligence. The people of China are avid users of digital technologies like mobile payments and social media. According to a study by the Boston Consulting Group, Chinese internet users spend 2.7 hours a day online around the same duration as American and Japanese users. Chinese “netizens” are often vocal about social issues like pollution, providing the government with a real-time understanding of public opinion.

But the CCP under Xi has demonstrated its desire and ability to contain the disruptive potential of commerce and technology in Chinese politics and society. Instead of privatizing state-owned enterprises, the CCP is injecting party members into them.

The internet in China now resembles more of an intranet. Intense internet censorship in China, in the eyes of many observers, now constitutes a “Great Firewall” with keyword filters, a paid million-man army of internet loyalists, and other tools. On top of all this is an emerging artificial intelligence-powered social surveillance system powered by cameras paired with facial recognition software and big data-fueled “social credit” scores. Digital technology, as the case of China demonstrates so clearly, provides means of rebellion as well as social control.

Xi Jinping President for Life: The Risks for China and the World

Xi’s China shows that the end of history proclaimed triumphantly by proponents of liberalism is far away and that anti-liberalism has staying power. But there are risks with Xi’s push toward personalization of authority. By serving as president for life, Xi Jinping weakens the CCP’s ability to adjust and self-correct with the emergence of a new leader and governing doctrine. There is a risk that Xi’s CCP could double down on bad policies, make more enemies at home, or amble into conflict abroad.

China is already a great power. Within a generation, it will almost certainly become a superpower. If and once it achieves that status, Xi Jinping will most likely be the architect of that rise—for better or worse.

In his later years, Lee Kwan Yew, the founding father of Singapore, offered this sage advice that will prove to be valuable over the course of the next generation:

“The size of China’s displacement of the world balance is such that the world must find a new balance. It is not possible to pretend that this is just another big player. This is the biggest player in the history of the world.”

That new balance, it appears, will have to be forged by whoever rules America and Xi himself.