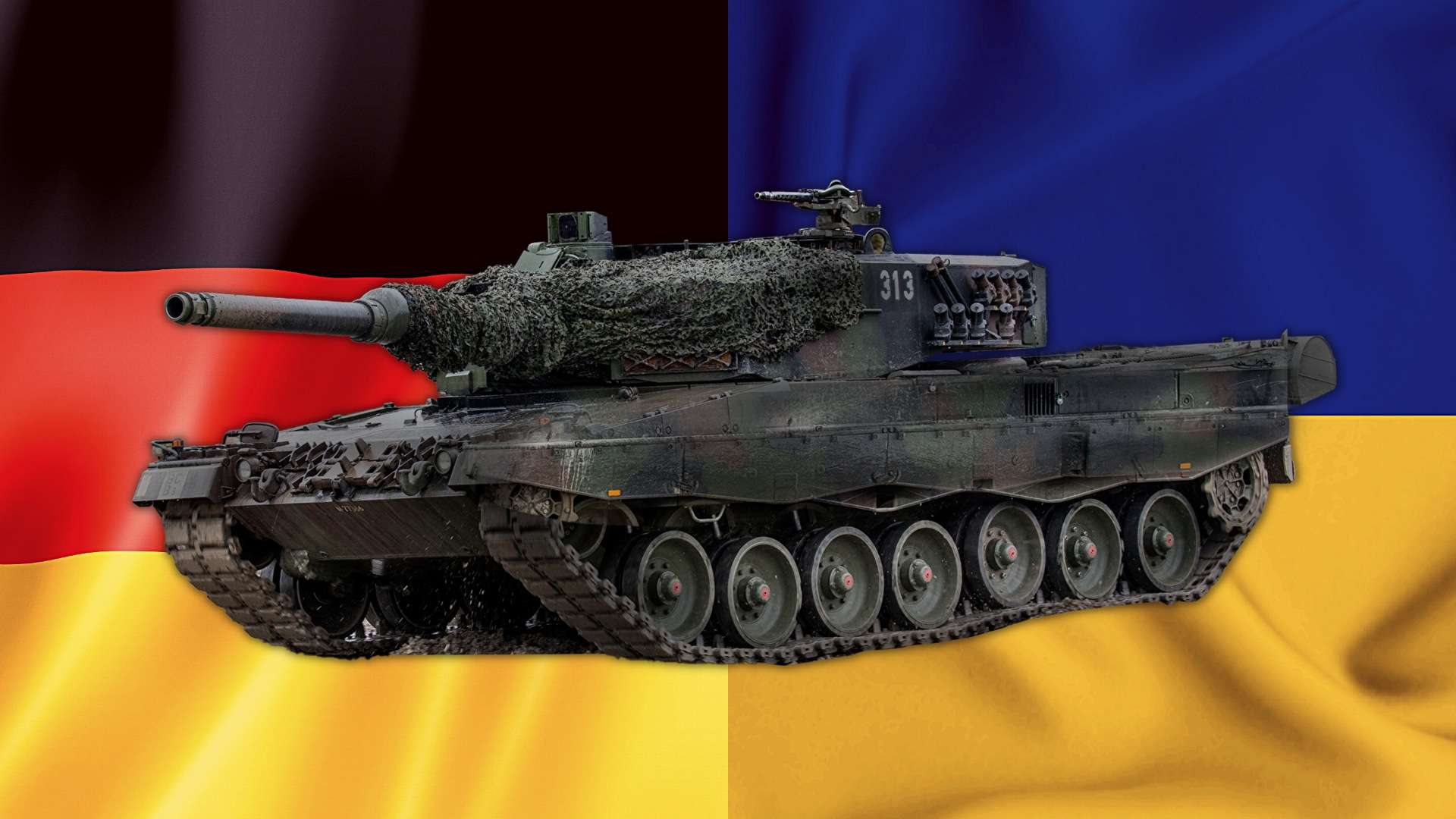 German indecision on military aid to Ukraine is belied by the fact that it's the world's fourth-largest exporter of arms.

German Chancellor Olaf Scholz has been under tremendous pressure to supply Leopard tanks to Ukraine. The government in Kyiv has long argued it desperately needs them to regain territory seized by Russia in its 2022 invasion, and to protect the rest of Ukraine from the Kremlin’s looming spring offensive.

So far, Berlin has refused, and in recent weeks it has expended significant political capital in forbidding other nations like Poland and Finland from transferring their own Leopards to Kyiv.

Following earnest discussions between members of NATO’s Ukraine Defence Contact Group last week, the new German defense minister, Boris Pistorius, announced that instead of sending Germany’s tanks to Ukraine, he was going to count them instead. A proper inventory, apparently, would give Berlin a better idea about whether it might be able to meet Kyiv’s requests in the future.

This week, it appears Germany finally relented, with the foreign minister saying it would not stand in the way of Poland sending its Leopard tanks to Ukraine after all.

Germany’s position – which many have found perplexing – has reignited debate within NATO about arming the embattled government in Kyiv.

Is it an obligation or a risky move? What types of weapons should be provided? And what might be the repercussions in terms of a potential response from Russia, the future of European security and, ultimately, the credibility of the West?

What Explains German Indecision on Military Aid to Ukraine?

There have been a number of attempts to explain why, in what is supposed to be a united alliance, there are such deep differences of opinion on these questions.

In Germany’s case, the country’s pacifist tradition – shaped by the experience of the second world war – is often cited as to what’s behind its reluctance to supply Kyiv with “offensive” weapons.

Some German analysts legitimately believe supplying tanks to Ukraine might lead to nuclear war with Russia. Because of its history as a divided nation during the Cold War, Germany also sees itself as having a special diplomatic role to play in bridging the divides between Russia and the West.

But these arguments aren’t particularly convincing alone. Nor are they especially useful. For one thing, Germany is already providing Ukraine with weapons that can be used for offensive purposes – including artillery, rocket launchers, bunker-busting missiles, and Marder armored fighting vehicles.

Further, Germany is one of the world’s most enthusiastic arms dealers. It sits at number four globally for total weapons sales. Germany had a bumper year for sales in 2021, reaching 9.35 billion euros (A$14.6 billion). Nearly half of these sales went to Egypt.

Its Leopard 2 tank is also the armored staple of NATO militaries, with over 2,000 in service across Europe.

And when it comes to Russian President Vladimir Putin’s nuclear threats, this has been a concern for over a decade, so it is difficult to see how supplying Ukraine with tanks now makes Berlin especially vulnerable to Armageddon. In fact, for all his bluster, Putin has carefully avoided drawing NATO into the war, based on the sensible calculation it would hasten his defeat.

A more convincing explanation for Germany’s dithering has to do with the dysfunction within its military, as well as a healthy dose of domestic politics.

Scholz’s decision came only days after the resignation of the German defense minister, Christine Lambrecht. Her tenure was marked by PR disasters, including a New Year’s video message in which she recounted the “positive encounters” she had enjoyed with people over the war in Ukraine, and widespread condemnation for failing to improve the supply of equipment to Germany’s armed forces.

The problems with Germany’s military go deeper and are much harder to solve. Shortly after Russia invaded Ukraine, Germany’s military chief, General Alfons Mais, publicly bemoaned what he saw as the hopeless neglect and under-resourcing of the armed forces he commanded.

The trouble is Germany’s decision paralysis doesn’t help perceptions of NATO unity – and it especially doesn’t help the Ukrainians.

Scholz’s previous announcement that he would only permit other countries to send their Leopards to Ukraine if the US also supplied Kyiv with its M1 Abrams tanks was calculated to reveal America’s own reticence to donate high-end kits. This is in spite of the fact the Biden administration is arguably more concerned about advanced weapons systems falling into Russian hands than provoking Putin.

Of course, there have been attempts to break the impasse. Earlier this month, the UK announced it would provide Ukraine with 14 Challenger tanks. That’s hardly a huge number, and it is definitely not the most advanced piece of kit in the UK arsenal. But it was intended to get the ball rolling.

Clarity Only Comes With Strategy

Above all, the back-and-forth on tanks is proof that NATO lacks a coherent strategy for the war.

True, NATO leaders often make stirring statements pledging support for Kyiv in its attempts to regain its territory, and claim the West’s goal is to see Russian imperialism defeated. But those alone do not amount to strategy: they are merely aspirations.

If NATO members are serious about seeing those aspirations succeed – and if getting the alliance more involved in the war itself is a clear red line – they will need a much more detailed plan to provide Ukraine with every bit of assistance it requires to win the war on the West’s behalf.

Beyond that, NATO will also need a post-war commitment to guarantee Ukrainian sovereignty and develop a strategy for containing Russia in the future.

That will mean some hard compromises, the potential loss of domestic political capital, and the danger of Russian reprisals. But this is a situation NATO finds itself in due to the legacy of its own inaction: by placating Putin in the past, it has simply encouraged him.

It is also manifestly clear there will be no going back to the pre-invasion era through some kind of desperately negotiated compromise. Putin has staked his personal credibility on triumph over Ukraine, and he has not deviated from a maximalist concept of victory.

If all this is too difficult for some NATO members, the ongoing nature of the Russian threat will make it necessary to come up with an alternative.

In many respects, there have been two tracks for European security for some time. The Baltic states, as well as Poland, the UK, the US, and even Sweden and Finland, are well ahead of Germany and other western European nations who still cling to the idea that Russia can still somehow be managed.

Indeed, if acknowledging a lack of consensus is what is required for the West to take a firmer approach toward Russia in the future, then it’s probably a price worth paying.

In this article:Germany, NATO, Ukraine

Matthew Sussex is a fellow at the Strategic and Defense Studies Center, Australian National University. 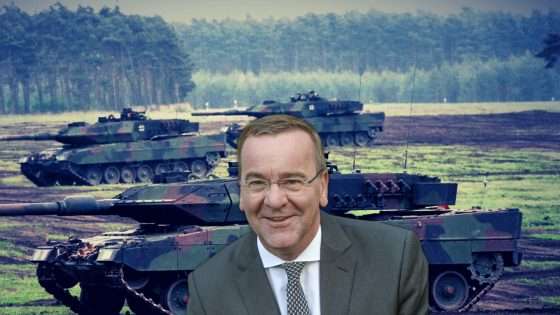