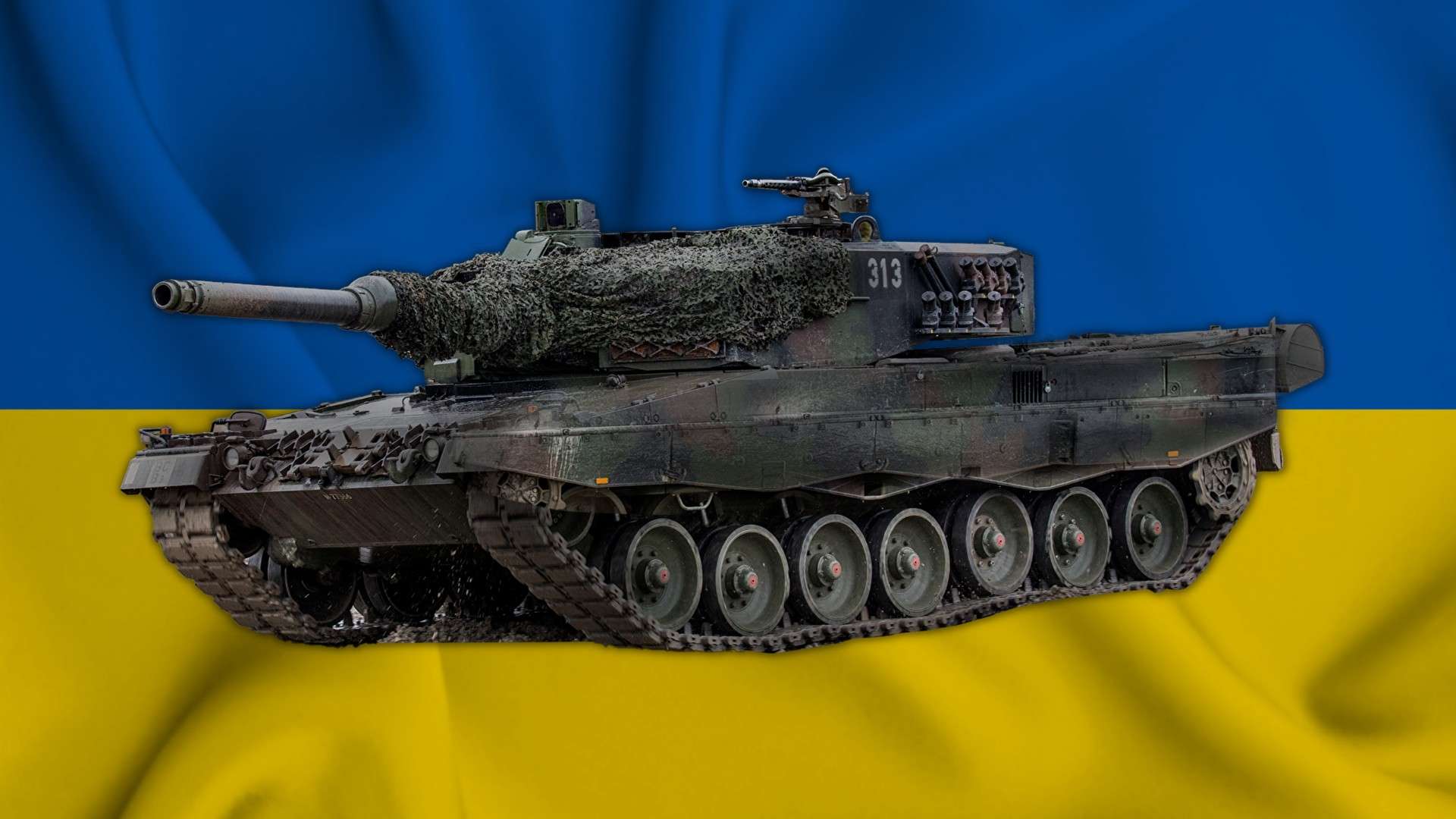 IFVs and tanks, working closely together, could play a big role in ensuring a Ukrainian victory in its land war with Russia.

When he appeared before the UK’s House of Commons Defense Committee in November 2021 to defend his government’s cuts to the armed forces, the then-prime minister, Boris Johnson, declared that “the old concepts of fighting big tank battles on European land mass are over”. Committee chairman Tobias Elwood noted that it was tanks that were massing on Russia’s border with Ukraine, while the UK was cutting back its own fleet.

Just over a year later, the ferocious armored battles in Ukraine during 11 months of conflict appear to confirm Elwood’s concerns. For some time Ukraine has been begging allies for more and better weapons systems such as long-range artillery and aircraft.

But high on that list have been main battle tanks (MBTs). Tanks, with their big guns, speed, and heavy armor, provide the sheer punch and momentum to take ground. Until now, apart from some gifts from Poland and the Czech Republic of Soviet-designed but modified (by Czech and Polish engineers respectively) T72 tanks, none had been forthcoming from NATO countries.

But on January 16 this changed, with an announcement by the UK defense secretary, Ben Wallace, of the transfer of 12 of Britain’s 227 Challenger 2 tanks.

These are highly effective and superior to most of what Russia can field. But thus far there will be too few to make a significant difference.

Ukraine’s stock of MBTs is likely to be boosted if Germany, as is thought likely, gives the go-ahead for Polish and Finnish-owned, but German-made Leopard tanks to go to Ukraine. This will lead the way for several other countries to follow suit.

The relatively old Leopard 2 A4 variants which the Ukrainians will be receiving are not war-winners, especially in the numbers likely to be transferred. But, more importantly for Ukraine’s security, they represent a step-change in western support and a move towards equipping Ukraine with ever-more sophisticated NATO gear.

Germany and the US recently announced they would be sending Marder and Bradley infantry fighting vehicles (IFVs) to Ukraine. IFVs carry infantry troops into battle. While there is no doubt that these are effective in themselves, they are not designed to work alone.

This is where tanks come in. Early in the war, Russia lost hundreds of them to anti-tank guided missiles (ATGMs) fired by infantry, including the iconic Javelin and NLAW. Tank crews, encased as they are in a very heavy steel box, often find it difficult to see these troops, which puts them at a huge disadvantage.

So the best way to protect tanks from infantry with ATGMs is to bring your own infantry with you. You do that in IFVs such as the Bradley and Marder. These are equipped with automatic cannons and machine guns to provide covering fire for the infantry when they dismount.

In turn, these more lightly-armored IFVs are vulnerable to tanks. So IFVs and tanks, working closely together and liaising with artillery are essential for effective “combined arms warfare” – the key to success in land battles.

The idea appears to be that several NATO countries will pool their gifts to create a brigade including 100 2A4s as well as the 100 or so Bradleys and Marders.

The Leopard 2A4s were built from 1986 to 1992 (although they have been extensively upgraded since) – they are old, but will be effective against Russia’s tank fleet. But unless modified with additional armor these tanks are likely to be vulnerable to ATGMs, as Turkey found out to its cost in Syria.

NATO tanks are heavier and better protected than the Russian designs operated by both sides in this war such as the many variants of T64 T72 and T90. This reflects a traditional NATO focus on quality over quantity.

Reliable estimates say that Russia has lost about two-thirds of the tanks it has used in Ukraine, either destroyed or captured. But Russia’s newer tanks will be a threat, such as the T90M a design first publicly revealed in 2017 (and which is said to [be used by the Wagner mercenary group]. In any event, tank-on-tank battles are rare – the biggest killer of tanks in this war is likely to be artillery.

This is a significant moment. The importance of Ukraine’s new tanks lies not in their more than adequate combat effectiveness. Rather the Leopard 2A4s, alongside the Bradley and Marder IFVs represent a commitment from the west to reform and rearm the Ukrainian army in the medium and long term, moving on from an understandingly ad-hoc approach to weapons transfer and supply early in the war to a more carefully devised battle plan incorporating the new military hardware.

The Ukrainians have asked for 300 western tanks and 500 IFVs as well as no fewer than 700 new artillery systems. They believe that this will give them the combat power to liberate their occupied lands. It is more likely now that they will get them.

Over the next year or two, regardless of what form the war takes, Ukraine will need to rearm with NATO-standard weapons systems. These will include – but not be limited to – newer versions of the Leopard or other NATO tanks in ever larger numbers. This will assure not only the quantity but also the quality of the equipment available to them and allow Ukraine to be incorporated more efficiently into NATO and other western logistics and maintenance systems. While Ukraine is unlikely to join NATO as a political member for many years (if ever), its army will look very much like a NATO force.

In addition to this, the key will be continuing high-quality training in the use of this new gear. Ukraine will not only have the capability to defeat the increasingly outfought Russian army this year and next – but its armed forces will be a deterrent to any further attack by a rearmed, revanchist Russia in the future.

It will ensure Ukraine’s – and therefore Europe’s – security well into the next decade.

Frank Ledwidge is a senior lecturer in military strategy and law at the University of Portsmouth.