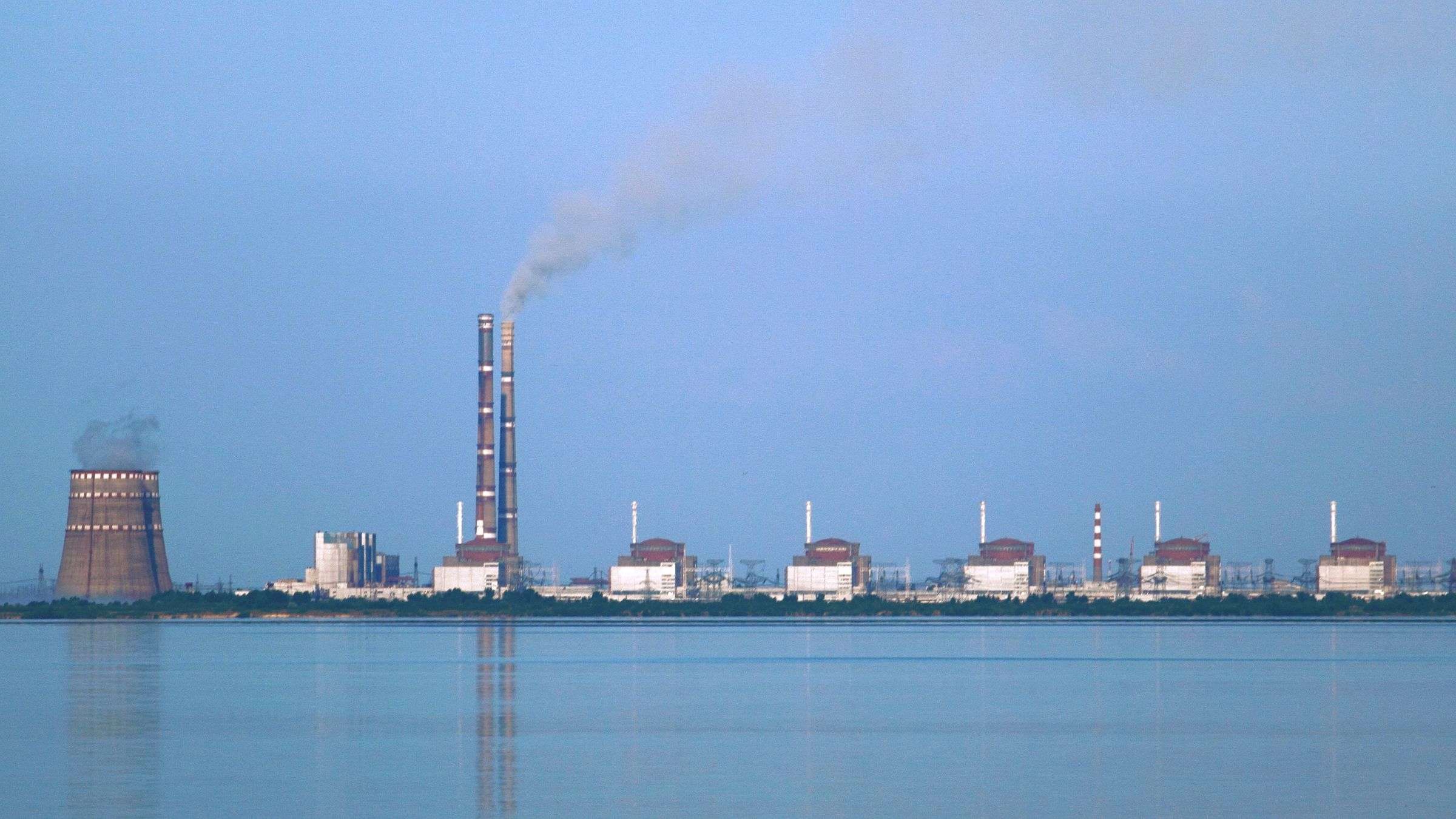 The Zaporizhzhia Nuclear Power Plant is the largest in Ukraine and all of Europe. (Image Credit: Raif1969/Wikimedia Commons)

Both Russia and Ukraine are blaming one another for the continued attacks, and damage. Disinformation and fake news have played a major role in this conflict, and so the exact nature of the situation is unclear.

It seems unlikely that either side would want to seriously damage Europe’s biggest nuclear plant, in the near-frontline city of Enerhodar, and cause a release of radiation. Ukrainian plant workers claim that Russia is deliberately targeting non-critical equipment. A deliberate attack against a nuclear facility would break international norms, and concerns over the potentially dangerous consequences are well justified.

The Zaporizhzhia Nuclear Power Plant Is No Chernobyl

This plant is not like Chernobyl, the site of the world’s biggest nuclear disaster. Chernobyl was an older reactor type, with several questionable design choices. Like Zaporizhzhia, it was cooled by water, but it also contained large quantities of graphite to perform a function known as neutron moderation, which is necessary for the reactor to operate. When the Chernobyl reactor overheated, the water boiled away and became less effective at cooling. However, the graphite continued to moderate the neutrons, allowing the reactor power and thus temperature to build uncontrollably. The shutdown system at Chernobyl was also poorly designed and contributed to the accident.

At Zaporizhzhia, as with the majority of reactors globally, if the reactor overheats, both cooling and moderation are reduced, and so the reactor power also reduces. Nuclear engineers see this as fundamental to safe reactor design.

But a breach of a fuelled and operating reactor could still be disastrous if attacks damage nuclear materials or safety-critical equipment. This could release large quantities of hazardous nuclear material into the air, potentially contaminating vast areas of land and water supplies.

The reactors are surrounded by high strength containment buildings. These are designed to both contain explosions from within, and to withstand a certain amount of force from outside. However, while modern plants are designed to withstand aircraft strikes, it is debatable whether they could withstand deliberate bombardment. They are made of many metres of concrete, with steel liners, but a concerted effort with appropriate weapons would eventually be able to penetrate them.

Still There Are Risks of Radiation Release

Of perhaps greater concern are the outdoor spent fuel cooling pools, where highly radioactive spent nuclear fuel is stored underwater. A direct attack on any of these could lead to a major release of radioactive material into the atmosphere, as the fuel is relatively unprotected against strikes from the air.

Safety-critical equipment, such as pumps and pipes, remains important even after the nuclear power plant has been shut down. Three of Zaporizhzhia’s six reactor units are currently in a shutdown state. Fuel within the reactor, as well as used fuel, remains very hot for several years after shutdown and removal from the reactor. At plants such as Zaporizhzhia, unless the fuel is constantly cooled, it can overheat, generating explosive gases, melting, or catching fire. This would also lead to a radiation release.

The fuel at Zaporizhzhia requires a constant flow of cooling water over it to take away excess heat. Should this water be lost through damage to piping, pools or reactors, or should pumps become inoperative, there would only be a limited time to intervene before dangerous consequences might be felt. Claimed attacks thus far have largely hit power lines, radiation monitoring equipment, and non-nuclear buildings such as training facilities. The attacks on power lines are particularly worrying, as reliable access to offsite power is required for cooling water pumping. The plant can generate its own power during operation, and has a range of back-up diesel generators in case access to offsite power fails, but the loss of any safety system is a concern.

Should there be a release of radioactive material, authorities will need to act quickly to assess the danger and respond appropriately. The risk will depend on factors such as how much material is released and how it is spread by wind and weather. The level of radiation would be highest close to the plant and reduce as it spreads, with those exposed potentially experiencing health impacts.

For those exposed to very high levels of radiation, there is a risk of acute radiation syndrome, which can be fatal in the worst cases. Lower levels of exposure can increase cancer risks later in life. The best course of action is to take shelter in buildings, close all doors, windows and vents, and follow advice from trusted authorities.

Russia’s president Vladimir Putin might wish to control the plant for several reasons. Russia could cut power supplies from the plant to Ukraine, but it was operating in a low power mode at the time of the invasion and so this may be of limited impact. Alternatively, Russia might use it as a political bargaining chip or propaganda tool, in order to legitimise claims over occupied territory. Various sources also suggest that Russia has stationed troops and equipment at the plant. This allows it to be used as both a fortress and missile launch site, against which Ukraine dare not retaliate.

Military conflict around nuclear sites was outlawed by the 1977 Amendment to the Geneva Conventions. However, attempts by the international community to address the Russian occupation of Zaporizhzhia have been largely unsuccessful. The International Atomic Energy Agency has repeatedly requested access to examine conditions and check that nuclear materials remain in place but has yet to gain entry.

The UN has recently called for demilitarisation of the site, but Russia claims that this would place the plant at greater risk due to alleged threats of nuclear terrorism. Placing the plant under the care of a neutral third party for security purposes might be a potential solution. However, there is a risk that even a neutrally held plant could be attacked by disguised military forces, in order to support Russian narratives of Ukrainian terrorist groups.

Ross Peel is a research and knowledge transfer manager at King’s College London.

Ross Peel is a research and knowledge transfer manager in the Department of War Studies and the Center for Science and Security Studies (CSSS). In this role, he leads research activities on nuclear security and safeguards, and examines the role of nuclear power plants in war and as tools of international diplomacy. Ross also manages a variety of other activities within CSSS, covering topics on non-proliferation, strategic trade controls, and open-source intelligence. Ross joined King’s College London as a research associate in June 2019 to lead work in nuclear safeguards, machine learning, and intangible technology transfer, before taking on his current role in early 2020.