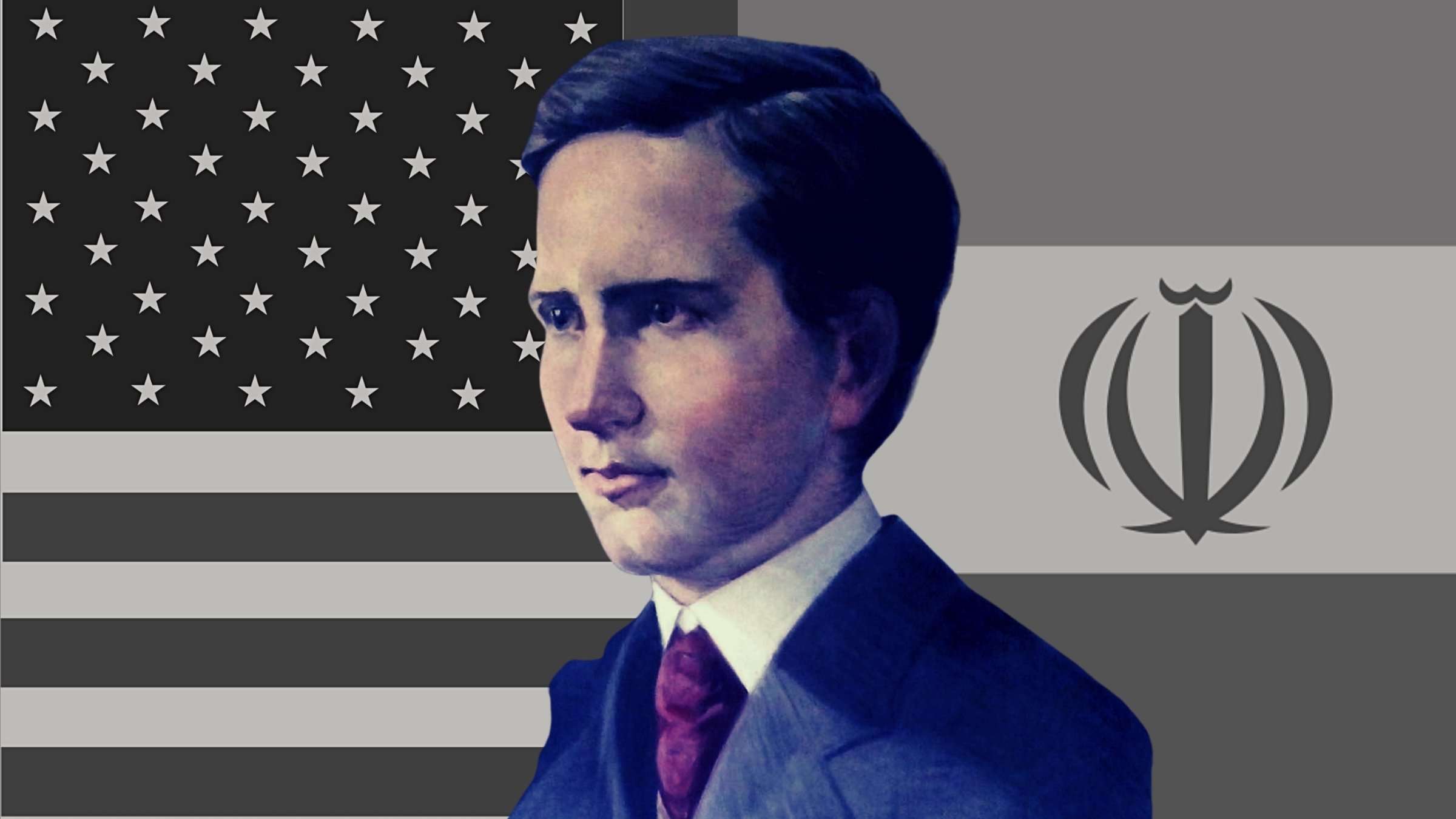 As talk of another Iranian revolution grows, Reza Aslan’s new book on Iran’s first revolution is a must-read for observers of the region.

Writer Reza Aslan tells the story of the first Iranian revolution and the role of an American missionary, Howard Baskerville, who sacrificed his life helping pro-democracy forces.

Protests continue across Iran after the death of Mahsa Amini in September while detained by Iran’s morality police. Their geographical spread and endurance suggest to some observers that this could be a transformative moment for the Islamic Republic of Iran and its relations with the world. Some speak of another Iranian Revolution.

The ongoing tumult in Iran makes a new book by writer Reza Aslan particularly timely. Aslan’s “An American Martyr in Persia” tells the story of Howard Baskerville and his brief, yet profound participation in Iran’s first revolution, the early 20th-century Constitutional Revolution.

Baskerville arrived in Iran in 1907, right in the middle of the country’s constitutional revolution, as a missionary for the Presbyterian Church. That year, Iran’s ruler, Mohammad Ali Shah, dissolved the majlis (consultative assembly) and abrogated the constitution that had come into existence the year earlier.

A graduate of Princeton University, Baskerville came to Iran intending to spread his Christian faith. But as a student of Woodrow Wilson, he was also shaped by the future president’s idealism, including the belief in self-determination and democracy.

In the Iranian city of Tabriz, Baskerville taught at the American Memorial School. His students were of different faiths and religions. But many came to join the broad coalition of constitutionalist forces who sought to restrain the power of the monarchy, protect basic freedoms, and defend Iran from exploitative foreign agreements.

The assassination of a constitutionalist student in 1908 ended Baskerville’s passive support for the revolutionaries. He joined the revolutionaries in defense of the besieged Tabriz in 1909, putting him at odds with both the Presbyterian Church and the U.S. government.

Nevertheless, he persisted in his support for the Iranian fight for liberty. During an attempt to secure food for the starving Tabrizis, Baskerville was shot by a royalist sniper. The slain, young American was hailed as a “martyr” by his Iranian comrades. Baskerville’s memory was honored by the restored majlis. Schools were named for him. He was celebrated as an American who stood with the people of Iran and their aspirations for freedom and democracy.

“Persia much regrets the honorable loss of your dear son in the cause of liberty, and we give our parole that future Persia will always preserve his name in her history, like that of Lafayette in America, and will respect his venerable tomb.”

The first Iranian Revolution would end in failure, driven in part by discord between pro-constitutionalist forces and the meddling of outsiders. The British and the Russians (later the Soviets) could not countenance a popular, sovereign government in the oil-rich country. They would carve up Iran into spheres of influence and, at times, occupy large parts of it.

In 1921, Reza Shah, a military officer emerged to fill a power vacuum in Iran, naming himself king and founding the Pahlavi dynasty. Iran would see another democratic moment in 1952 with the victory of the nationalist Mohammad Mossadegh in national elections.

The next year, the Central Intelligence Agency and MI6 colluded to overthrow Prime Minister Mossadegh, who had nationalized Iran’s oil industry. The king at the time, Reza Shah’s son, Mohammed Reza Pahlavi, returned to Iran, reigning supreme till he was overthrown in Iran’s Islamic Revolution in 1979.

The first Iranian Revolution marked the start of a period of liberalism in the Middle East.

In the wake of the first World War, the liberal nationalist Wafd Party emerged as major political force in Egypt, helping establish a constitutional monarchy with an elected parliament. In the Levant, the Syrian National Congress convened and agreed to establish a “civil representative monarchy” that would grant equality for all citizens irrespective of religion.

As Elizabeth Thompson explains in her must-read “How the West Stole Democracy from the Arabs,” the leaders of the Syrian Congress looked to Wilson and the United States for support for their democratic, national aspirations. Their dreams were quickly squashed by Britain and France, which divided greater Syria into spheres of influence.

Baskerville’s story, told elegantly and lucidly by Aslan, also ends tragically — and not just because of the American’s death. Indeed, what stands out as much as Baskerville’s sacrifice in Aslan’s book is the organic nature of the Iranian push for democracy, fueled by grassroots societies (anjumans). What Aslan and Thompson demonstrate is that another Middle East was possible, were it not for the interference of foreign powers. The same can be said of relations between Iran and the United States.

Americans and Iranians were not always adversarial. During the late 19th and early 20th century, there was a great fascination with Persian culture in the U.S. Wealthy Americans built Persian-inspired sites, including the Untermyer Gardens and the Olana State Historic Site — both in New York. Persian carpets adorned the homes of the wealthy.

The first Iranian Revolution offers lessons to the United States and other foreign powers on how to respond to Iran’s protests today. Iranians are a proud people who value their independence. As they clamor today for greater liberty, the best option is to not get in their way.

In this article:Featured, Iran