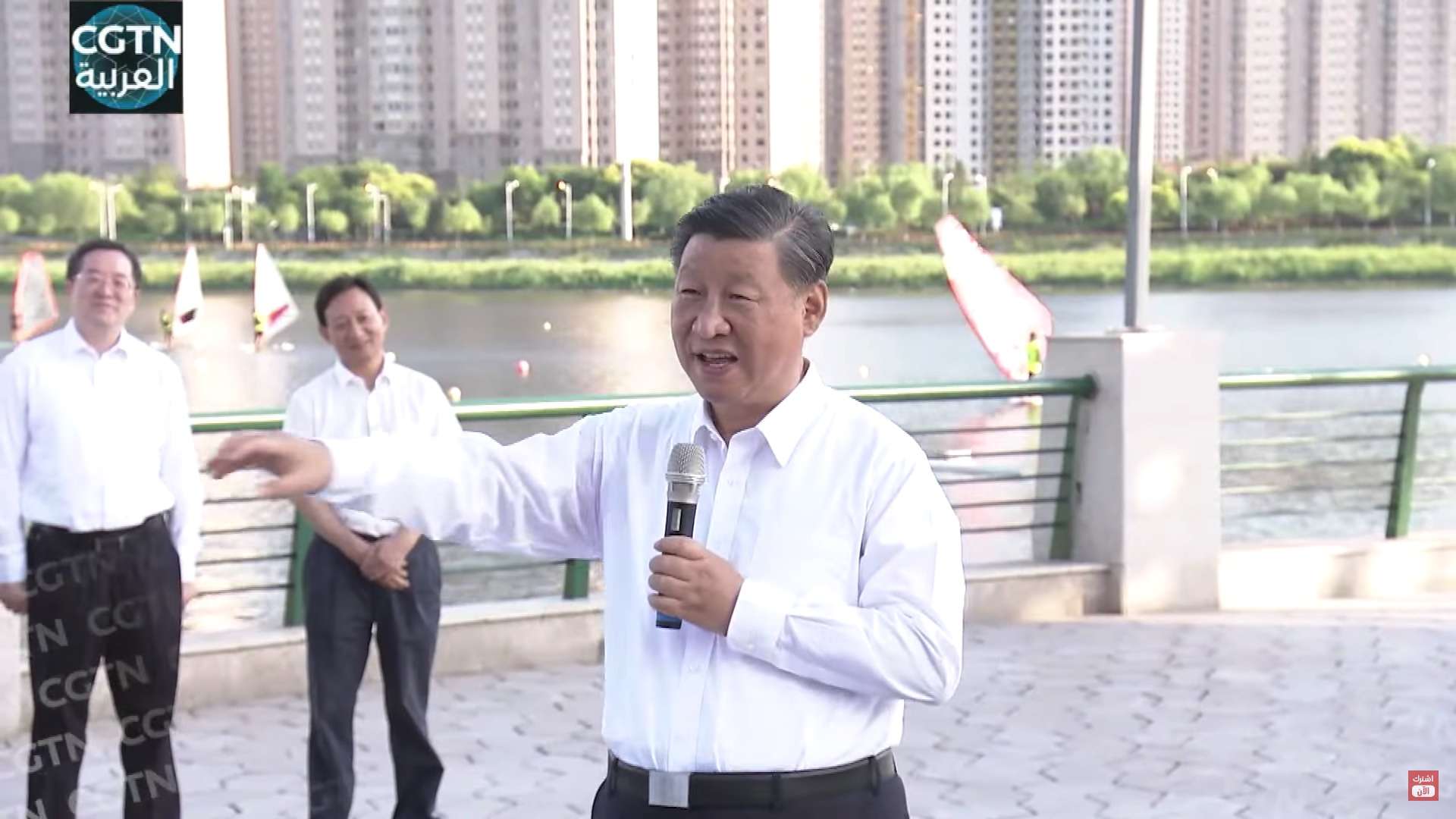 A screenshot of a broadcast of CGTN Arabic, the Chinese state-run Arabic-language news channel.

The United States has long had an image problem in the Middle East, driven by its support for authoritarian regimes and the Israeli occupation of Palestine, and the disastrous invasion of Iraq. How America is perceived overseas has taken on renewed importance with the rise of China, which aims to match or surpass the U.S. in power this century.

In the Arab Middle East, China has already surpassed the U.S. in the battle of perceptions, as a new public opinion poll of the Arab world makes clear.

China is more popular than the United States in eight out of nine Arab countries surveyed by Arab Barometer, an independent research network that has polled the Middle East and North Africa since 2006. Morocco was the lone country polled in which the U.S. was viewed more favorably than China.

But China’s reputational gains may have peaked and could be showing signs of reversal. None of the countries polled demonstrated a greater desire to partner with China economically compared to when the same question was asked during a period from 2018 to 2019. In fact, most countries surveyed, including Jordan and Sudan, saw support for stronger economic ties with China drop by double digits.

There is also growing awareness of the plight of Uyghur Muslims, over a million of whom have been put into so-called reeducation camps by the Communist Party of China. Arabs with college degrees are more likely to follow developments concerning the Uyghurs.

The U.S. may have an opportunity to rehabilitate its standing in the Arab world. The desire for economic partnership with the United States has grown in countries like Iraq, which has seen substantial investment through China’s Belt and Road Initiative. And Chinese-built infrastructure continues to be perceived as lower quality compared to projects constructed by the U.S. and other powers.

Young Arabs, in particular, may be willing to give America another chance. In every Arab country polled, younger adults have a more favorable view of the U.S. compared to their countrypeople aged 30 and above. And strong majorities in the Arab world believe that while democratic systems may not lead to better economic performance, they still are better than other political systems. On the latter, Winston Churchill would agree.