Diverging Gulf Responses to Kashmir and Xinjiang Ripple Across Asia 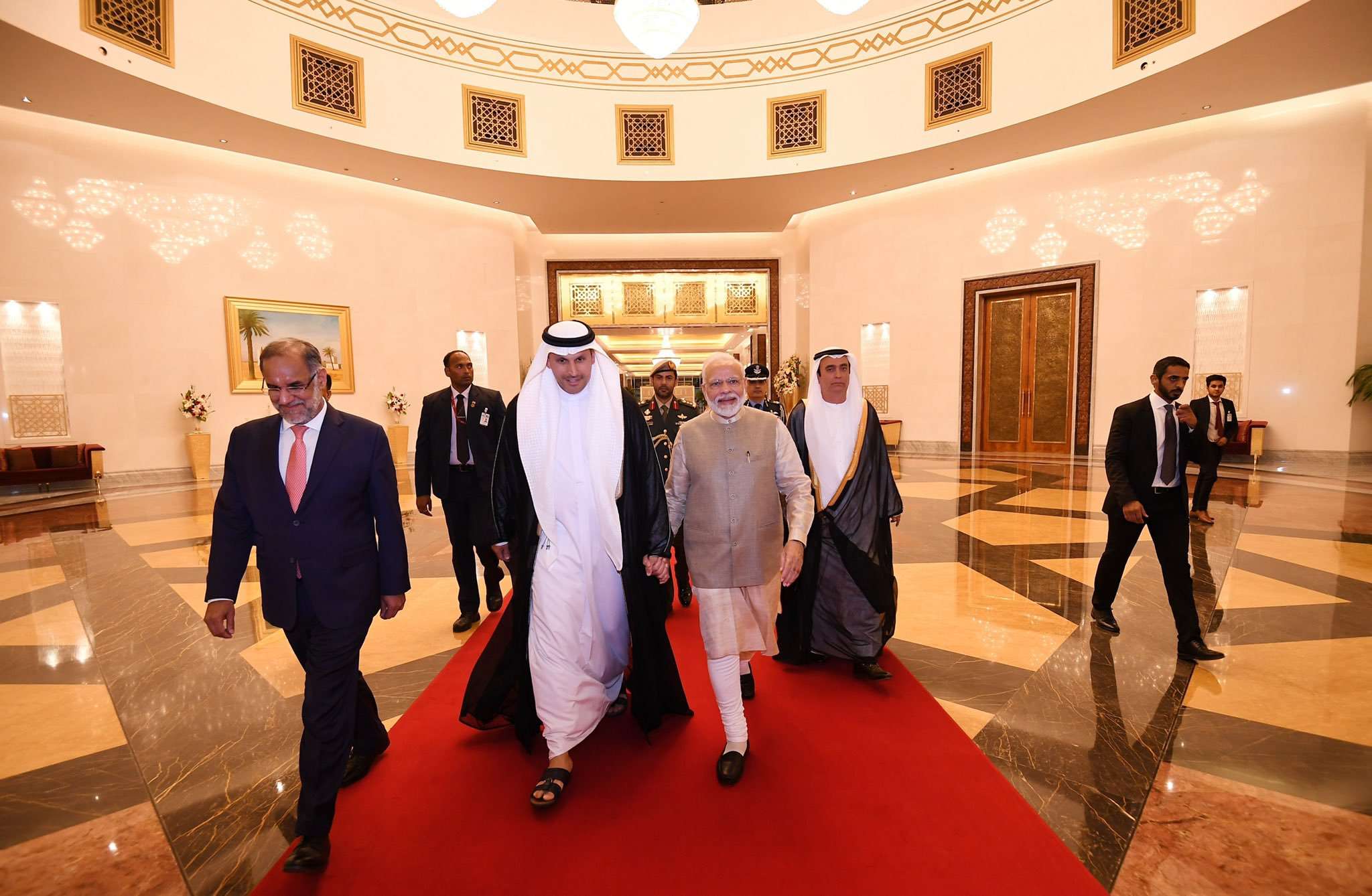 Diverging Gulf Responses to Kashmir and Xinjiang Ripple Across Asia

The divide between Gulf Arab states is playing out in responses to subjugated Muslim communities.

Recent diametrically opposed responses to repression of Muslims by China, India, and other Asian countries highlight deep differences among Gulf states that ripple across Asia.

The different responses were evident in Gulf reactions to India’s unilateral withdrawal of Kashmir’s autonomy and Qatar’s reversal of its support of China’s brutal clampdown on Turkic Muslims in its troubled, north-western province of Xinjiang.

The divergence says much about the almost decade-long fundamentally different approaches by Qatar and its main detractors, the United Arab Emirates, and Saudi Arabia, towards an emerging more illiberal new world order in which minority rights are trampled upon.

The UAE and Saudi Arabia lead a more than two-year-long economic and diplomatic boycott of Qatar in a so far-failed attempt to force the Gulf state to alter its policies.

The feud and divergence reflect the Gulf states’ different efforts to maneuver an environment in which the United States has sent mixed signals about its commitment to Gulf security and China and Russia are seeking to muscle into US dominance of the region.

In what was perhaps the most surprising indication of differences in the Gulf, Qatar appeared to reverse its tacit acquiescence in China’s clampdown, involving the incarceration in re-education camps of an estimated one million predominantly Turkic Uyghur Muslims.

Qatar did so by withdrawing from a letter it initially signed together with dozens of other countries expressing support for China’s human-rights record despite its clampdown in Xinjiang.

In a letter to the United Nations Human Rights Council (UNHRC), Ali Al-Mansouri, Qatar’s ambassador to the United Nations in Geneva, advised the council that “taking into account our focus on compromise and mediation, we believe that co-authorizing the aforementioned letter would compromise our foreign policy key priorities. In this regard, we wish to maintain a neutral stance and we offer our mediation and facilitation services.”

Signatories of the letter included Qatar’s detractors – Saudi Arabia, the UAE, Bahrain, and Egypt – as well as Kuwait and Oman, who together with the feuding Gulf states are part of the six-nation Gulf Cooperation Council (GCC).

The withdrawal coincided with a US warning that kowtowing to China’s “desire to erode US military advantages” in the Middle East by using its “economic leverage and coercion” and “intellectual property theft and acquisition” could undermine defense co-operation with the United States.

“Many investments are beneficial, but we’re concerned countries’ economic interests may blind them to the negative implications of some Chinese investments, including impact on joint defense co-operation with the United States,” said Michael Mulroy, the US Defence Department’s top official responsible for the Gulf.

The Qatari move also came against the backdrop of the Gulf state, home to the largest US base in the region, being the only country and the greater Middle East to host an expansion rather than a reduction of US facilities and forces. Qatar is believed to have funded the expansion to the tune of US$1.8 billion.

The United States has withdrawn some of its forces from Syria and is negotiating with the Taliban a US troop withdrawal from Afghanistan.

Nevertheless, Qatar, an enlightened autocracy that has yet to implement at home what it preaches abroad, was unlikely to reap the full soft power benefits in liberal Western democracies of its withdrawal from the pro-Chinese letter despite Uyghur and human rights activists welcoming its move.

It was unclear what prompted the Qatari change of heart that followed an incident last month at Doha’s Hamad International Airport that drove home the limits of China’s ability to flex its financial, economic and political muscles to control the fallout of its clampdown beyond its borders.

But rather than granting Mr. Yusuf asylum under its newly adopted asylum law, the Gulf’s first, Qatar gave him the time to seek refuge elsewhere. Even that was in sharp contrast to countries like Egypt and Turkey that have either deported Uyghurs or entertained the possibility.

As a result, Qatar’s withdrawal drove one more wedge into the Muslim world’s almost wall-to-wall refusal to criticize China for what amounts to the most frontal assault on a faith in recent history.

Turkey, Qatar’s ally in its dispute with Gulf states, as well as the Turkic republics of Central Asia have been walking a tightrope, attempting to balance relations with China and domestic public criticism of Chinese policy in Xinjiang.

Kazakhstan this month silenced a detained Kazakh rights activist of Uyghur descent by forcing him to plead guilty to a hate speech charge and abandon his activism and public criticism of China in exchange for securing his freedom.

The Qatari withdrawal complicates the Turkish and Central Asian balancing act and strengthens the position of the United States that is locked into multiple trade and other disputes with China.

The withdrawal and the US criticism of Chinese policy in Xinjiang put Muslim states, increasingly selective about what Muslim causes they take up, in an awkward position.

The UAE, in sharp contrast to Qatar, has not only maintained its support of China, but also, alongside Saudi Arabia and Bahrain, ignored requests for support on Kashmir by Pakistan, their long-standing regional Muslim ally.

Mr. Modi is scheduled to travel this week to the United Arab Emirates to receive the country’s highest civilian honor and on to Bahrain for the first-ever visit to that country by a sitting Indian prime minister.

Meanwhile, Saudi national oil company Aramco announced a US$15 billion investment in an Indian oil company as Mr. Modi was clamping down on Kashmir.

For its part, Qatar has remained largely silent about Kashmir, advising its nationals to leave the region.

If the policy divergences in the Gulf say anything, they suggest that differences among the region’s rivals as well as in the greater Middle East are likely to deepen rather than subside.

A study last year by the Carnegie Endowment for International Peace concluded that conflict in the region was fuelled by a “dearth of regional communication channels, dispute resolution mechanisms, and norms for warfare as well as a surplus of arms imports.”

There is little on the horizon to suggest that this state of affairs is about to change any time soon.

This article was originally published on the Turbulent World of Middle East Soccer blog.

In this article:India, United Arab Emirates