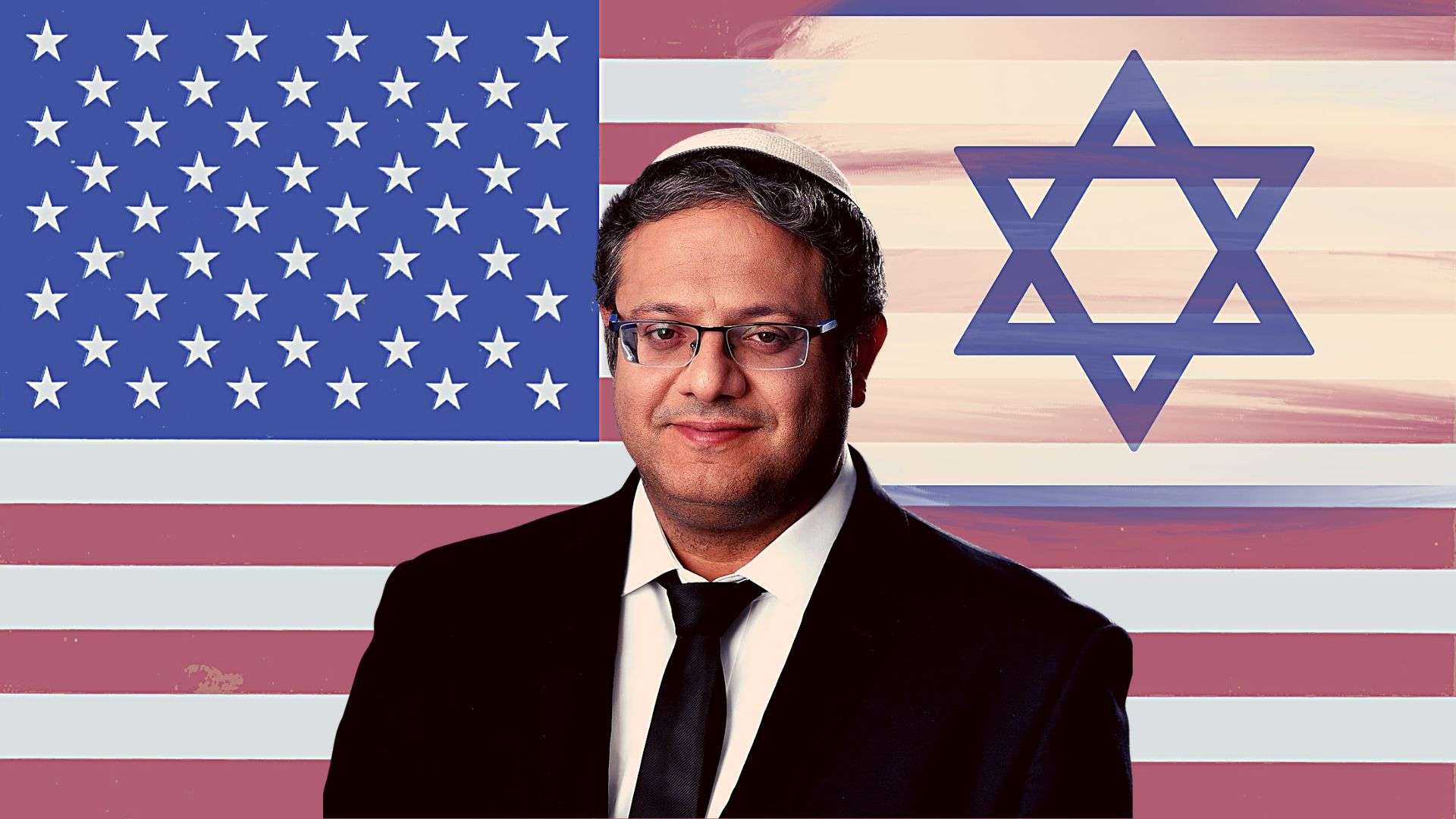 American Jews have played a vital role in securing international support for Israel — even before the country came into existence. The bond between diasporic Jews in America and the state of Israel, however, has been fraying in recent years as the two communities move in opposite directions socially and politically.

Younger American Jews are tilting further to the left as far-right Kahanist extremists are being mainstreamed in Israel. That means that Israel, which relies on the U.S. for billions of dollars in annual aid and high-end military equipment, can no longer count on unequivocal support from the majority of American Jews.

But it’s not the end of the world for Tel Aviv. A new pro-Israel coalition has been taking form in America, reducing Israel’s reliance on the American Jewish mainstream.

American Jews may be coming full circle with Zionism. In its infancy, the Zionist movement, founded by Theodor Herzl in the late 19th century, did not have many takers among Jews in the United States and western Europe. At the time, Jews focused on leveraging new freedoms in these predominantly Christian lands. Keen on integration, support for a homeland for Jews elsewhere, they feared, would trigger accusations of dual loyalty.

Many leading American Jews, including Ambassador Henry Morgenthau Sr. and New York Times publisher Arthur Sulzberger, opposed the founding of a Jewish state. Morgenthau declared in 1921 that “Zionism is the most stupendous fallacy in Jewish history.” He argued that the “Jews of America have found America to be our Zion.”

As the calamity of the Holocaust became known to the world and Jewish refugees were restricted from entering many countries, American Jewish support for Zionism grew. Jews in the U.S. provided financial support for Jewish settlement in Palestine and the purchase of arms by Zionist militias like Haganah and Irgun.

As the descendants of eastern European Jewish immigrants assimilated, intermarried, and secularized in America, support for Israel along with the memory of the Holocaust became key to the American Jewish experience. In Israel’s first eight years, American Jews purchased more than $270 million in Israel bonds and sent over $700 million in charity to the fledgling state.

Today, however, young American Jews are increasingly rejecting the foundational narratives around Israel, the Palestinians, and Zionism inculcated through programs like Birthright Israel, which provides free trips for young Jewish adults to visit Israel. Films like Farha and Tantura depict the dispossession of and violence against Palestinians by Zionist militias and the Israeli military — once taboo in the U.S. entertainment industry.

New, decidedly progressive organizations and publications, such as Jewish Voices for Peace and Jewish Currents, have sprung up, privileging progressive values over communal affinity. For young American Jews today, Arabs and Muslims are not fearsome figures in books and films, but classmates, neighbors, and friends. Increasingly, Jewish and Muslim millennials and zoomers are political comrades bound by progressive politics.

There are fewer takers for the idea that Israel — a high-income nuclear power — is a besieged underdog. And as younger American Jews embrace social justice-oriented politics at home, the contradictions of supporting Israel, especially its right-wing governments, come to the fore.

Notably, only a minority of American Jews say they strongly oppose the Boycott, Divestment, Sanctions movement, also known as BDS, according to a Pew Research Center study conducted in 2020. And a majority of Americans between the ages of 18-29 and liberals of all ages view Israel unfavorably. As prospects for a two-state solution dim, indefinite effective Israeli sovereignty over stateless Palestinians will increase comparisons to apartheid.

There’s also a domestic catalyst for American Jewish disenchantment with Israel: Donald Trump. The former president had been an avid supporter of hardline elements in Israel, while also emboldening far-right and even anti-Semitic forces at home.

Most American Jews rejected Trump. Around 75 % — according to a pre-election poll — voted for Joe Biden in 2020. This is unsurprising given that Jews have voted overwhelmingly Democratic since 1924. Contrary to common tropes, American Jewish voting behavior is determined largely by domestic policy issues like health care and the economy.

As Christian and white nationalism gain followers in the U.S., American Jews feel increasingly vulnerable. They are not a nuclear-armed state in another part of the world: they are minorities too often targeted by violent hate at home.

But Trump remains popular in Israel. The vast majority of Israeli Jews preferred him over Biden in 2020. And Israeli politicians and thinkers like Yoram Hazony have aligned with the global far-right movement, in part because Israel is secure enough to insulate itself from its anti-Semitism.

American Jews had long seen Israel as an embattled state of Kibbutz idealists and survivors of European persecution.

But Israel today is no weak county. It’s a nuclear power with the third-strongest military in the Middle East and a largely impenetrable barrier separating its territory from lands under nominal Palestinian control.

The center-left in Israel is also now politically irrelevant. And with its decline, the prospect of a two-state solution looks remote. A majority of Jewish Israelis — 58% — oppose advancing a two-state solution, according to a poll by the Israel Democracy Institute. A one-state solution that gives Palestinians equal rights in a shared country has few takers. The permanence of the occupation will make support for Israel an anathema for younger American Jewish progressives who are embracing Judaism as social justice tradition.

As American Jews — who are Reform or secular in religious disposition and center-left in politics — find it increasingly difficult to defend Israel, many of them are being told that they do not have a place in Israel. According to a Pew Research Center study, 61 percent of Jews who’ve gotten married since 2010 have married a spouse of another faith. But 70 percent of Israelis believe someone born to a Jewish father and non-Jewish mother should not be considered Jewish.

The question of “Who is a Jew?” is not a new controversy in Israel. But its salience to relations with the diaspora grows as intermarriage rises and religious orthodoxy, and not just religious identity, plays a greater role in Zionism more than ever before. The original Zionist movement had been carried by secular Ashkenazi Jews. (Notably, the Israeli declaration of independence makes no direct reference to God.) Religious Zionists, once on the fringe, now are mainstream and could consolidate space in Israel’s political center.

Analogous changes are taking place here in America. Orthodox Jews are playing a much more important role in pro-Israel advocacy in the U.S., especially on the right. (Seventy-four percent of Orthodox Jews in the U.S. polled before the 2020 elections said they preferred Trump.) Though Orthodox Jews are a minority among American Jews, demographic trends will add to their weight as their intermarriage rates are low and birth rates are high.

Along with the Orthodox, evangelical and other Christian communities will supplement the declining support of mainstream American Jews for Israel. As Israeli politics becomes increasingly unpalatable for American Jews, Zionism in the U.S. may come to resemble its early days when, as Walter Russell Mead explains in his book, The Arc of a Covenant, it was a “marginal, almost negligible movement among Jews” that had the support of powerful non-Jews who supported it for their own, often parochial, reasons.