Putin Aims to Exploit Gulf Tensions. Can He Succeed? 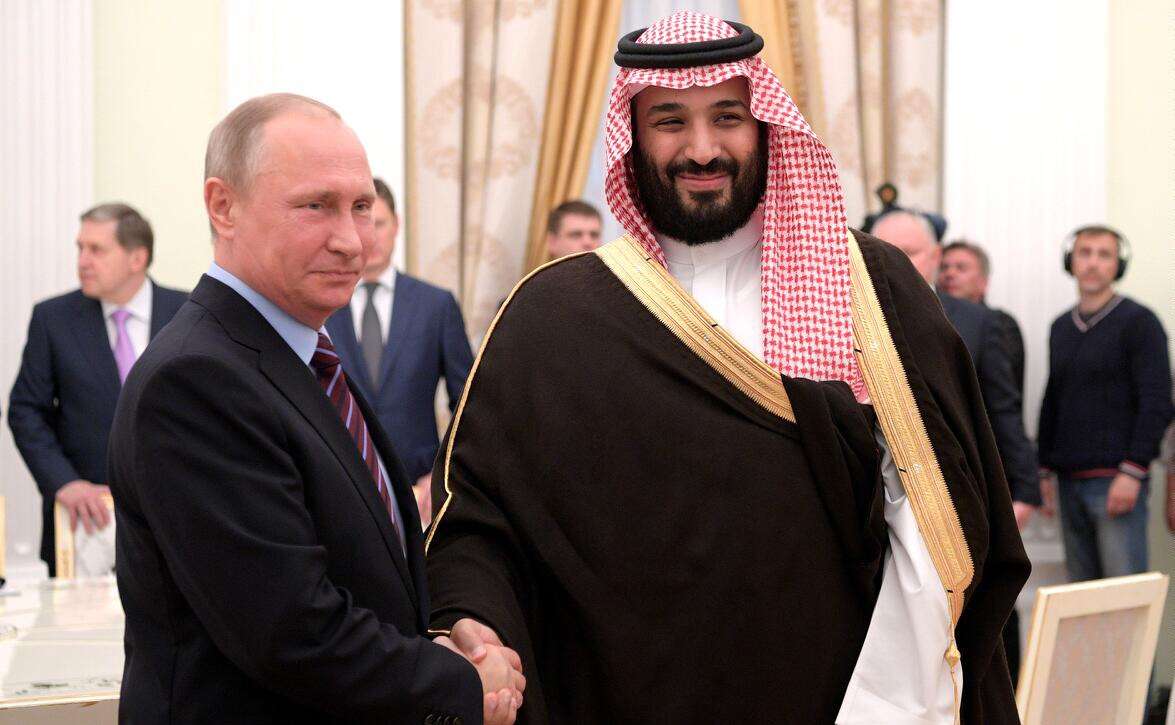 Vladimir Putin, eager to capitalize on escalating tension in the Gulf, looks like he needs a marketing and reputation management advisor.

Mr. Putin recognized opportunity when he urged Saudi Arabia to move ahead with the acquisition of Russia’s much-touted S-400 anti-missile defense system after the kingdom’s six battalions of US-made Patriot batteries failed to detect drone and missile attacks on two of the country’s key oil facilities, knocking out half of its production.

“For self-defence, for the defence of one’s country, we are ready to provide help to Saudi Arabia, the political leadership of Saudi Arabia. It is enough to take a wise government decision…They will protect any infrastructure objects in Saudi Arabia effectively,” Mr. Putin said.

Russian efforts to capitalize on the mounting tensions are as much opportunistic as they are strategic.

The attacks, whether executed by an Iranian-backed group based on an decision of its own or at the behest of Iran or launched by the Islamic republic itself, sent a message not only to Riyadh and Washington but also Moscow and Beijing: Iran and its allies will not sit idly by as the United States seeks to cut off Iranian oil exports, allow Saudi Arabia to gobble up Iranian market share and force the Islamic republic on its knees.

Leaving aside the veracity of Mr. Putin’s claim that Russian systems would perform against low-flying drones and projectiles where US systems had failed, the Russian leader didn’t necessarily inspire confidence by making his offer flanked, but two of Saudi Arabia’s foremost regional enemies and rivals: presidents Hassan Rouhani of Iran and Recep Tayyip Erdogan of Turkey.

As if to drive the point home, Mr. Putin pointed out while making his offer that he had already sold Russian systems to Turkey and Iran.

Saudi Arabia was careful to let Mr. Putin’s seeming faux pas pass. The kingdom has played its cards close to its chest by similarly refraining from responding to US President Donald J. Trump’s apparent rewriting of the long-standing US commitment to the defense of Saudi Arabia in the wake of the attacks.

Mr. Trump’s emphasis on the fact that the attacks were against Saudi Arabia and not against the United States and that his administration would support a Saudi response or potentially act on its behalf against payment will nonetheless not have gone unnoticed in Riyadh and elsewhere in the Gulf.

Question marks about the United States’ commitment were first sparked by President Barak Obama when he paved Iran’s initial return to the international fold with the 2015 agreement curbing the Islamic republic’s nuclear program and his publicly expressed belief that Saudi Arabia and Iran needed to share power in the Middle East.

Gulf concern diminished with Mr. Trump visiting Saudi Arabia on his first foreign trip as president months after assuming office in 2017, his withdrawal last year from the Iranian nuclear accord and imposition of harsh economic sanctions on the Islamic republic, and his defense of the kingdom in the wake of the killing of journalist Jamal Khashoggi in the Saudi consulate in Istanbul.

That started to change when Mr. Trump in June failed to respond to the downing by Iran of a US drone, reacted cautiously to attacks since on tankers in the Gulf, and Mr. Trump’s apparent transactional approach to the targeting of Saudi oil facilities.

“Trump, in his response to Iran, is even worse than Obama. His inaction gave a green light to this. Now an Arab Gulf strategic partner has been massively attacked by Iran — which was provoked by Trump, not by us — and we hear Americans saying to us, you need to defend yourselves! It is an utter failure and utter disappointment in this administration,” said UAE political scientist Abdulkhaleq Abdulla.

Gulf anxiety is further fuelled by a growing sense that the United States, no longer dependent on Gulf oil imports, is changing its perception of the Gulf’s strategic importance and has embarked on a gradual process of turning its back on the region.

“The United States is leaving the Persian Gulf. Not this year or next, but there is no doubt that the United States is on its way out… Leaders in Riyadh, Abu Dhabi, Doha, Manama, and Muscat understand what is happening…and have been hedging against an American departure in a variety of ways, including by making overtures to China, Russia, Iran, and Turkey,” said Steven A. Cooke, a scholar at the New York-based Council on Foreign Relations.

Anxiety lies at the root of Saudi Arabia and the UAE’s more assertive posture that has led to several years of ill-conceived, erratic and largely failed disastrous political and military initiatives including the devastating war in Yemen and the debilitating diplomatic and economic boycott of Qatar.

In what may have been both an indication of changing Gulf attitudes towards the United States and a bow to US demands for burden sharing, Saudi Arabia has started in the wake of the oil attacks to reach out to other countries for help in bolstering its air defences.

The Pentagon, in response to a request from Saudi Arabia and the UAE and an effort to cushion potential Gulf doubts about the United States’ commitment, said it was sending an unspecified number of troops and equipment to the two countries to bolster their defences.

General Joseph Dunford, chairman of the Joint Chiefs of Staff, said the US would help provide “a layered system of defensive capabilities to mitigate the risk of swarms of drones or other attacks that may come from Iran.”

Seeking to enhance Iran’s international isolation and share the burden, a first step towards reduced US engagement, General Dunford said the US was looking “for other international partners to also contribute to Saudi Arabia’s defense.”

The US deployment followed a Saudi decision to  join a US-led maritime coalition to protect shipping in the Gulf.

Nevertheless, the US president’s limiting of his country’s commitment, anchored in the 1980 doctrine proclaimed by president Jimmy Carter that the United States would use military force, if necessary, to defend its national interests in the Gulf, could make elements of a Chinese-backed Russian proposal for a revamping of the region’s security architecture more attractive.

The proposal involves a collective security concept that would replace the Gulf’s US defense umbrella and position Russia as a power broker alongside the United States.

It entails creation of a “counter-terrorism coalition (of) all stakeholders” that would be the motor for resolution of conflicts across the region and promote mutual security guarantees.

It would involve the removal of the “permanent deployment of troops of extra-regional states in the territories of states of the Gulf,” a reference to US, British and French forces and bases.

The proposal called for a “universal and comprehensive” security system that would take into account “the interests of all regional and other parties involved, in all spheres of security, including its military, economic and energy dimensions.”

The coalition, to include the Gulf states, Russia, China, the US, the European Union and India as well as other stakeholders, a likely reference to Iran, would be launched at an international conference on security and cooperation in the Gulf.

That could be the proposal’s Achilles Heel. It’s hard to envision Saudi Arabia, which has repeatedly stated that it would only sit with Iran at one table on conditions unacceptable to Tehran, reversing its position and joining a security pact that would include the Islamic republic.

To push its potential advantage, Russia’s state military exporter, Rosoboronexport, said a day after Mr. Putin urged Saudi Arabia to follow through on its intention to buy a Russian anti-missile system, that it would put its latest defences against unmanned aerial vehicles and other air attack weapons on display at the Dubai Airshow in November.

This article originally appeared on the Turbulent World of Middle East Soccer blog.