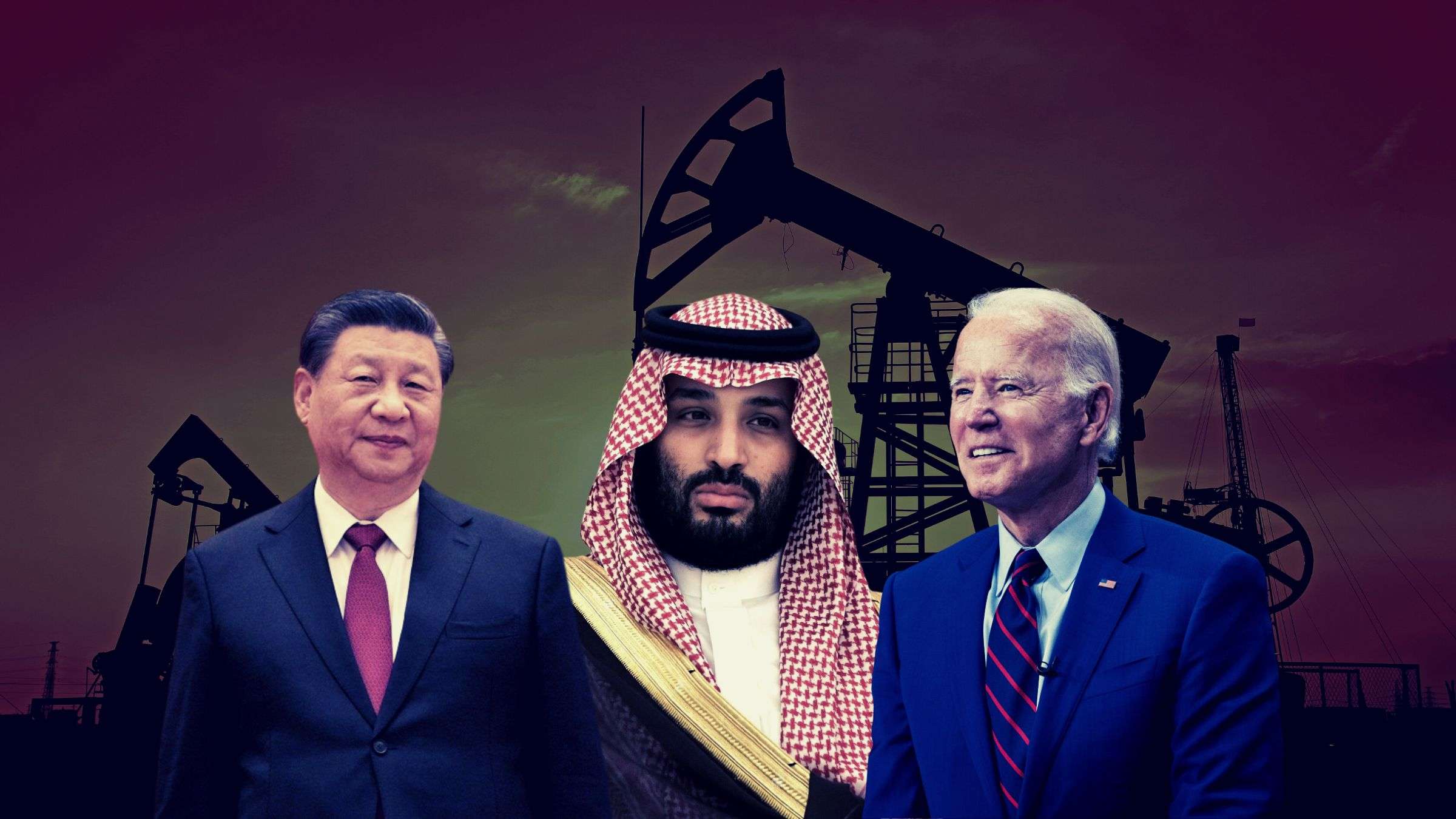 Chinese President Xi Jinping's visit to Saudi Arabia is his third trip abroad since the start of the COVID pandemic in January 2020.

Chinese President Xi Jinping arrives in Riyadh, Saudi Arabia on Wednesday on his third foreign tour since September. Xi’s visit to Saudi Arabia, which comes roughly five months after President Joe Biden made his way to the kingdom, presents a challenge to U.S. influence in the energy-rich region.

China and Saudi Arabia are expected to sign nearly $30 billion in agreements during Xi’s visit. The Chinese leader will also attend multilateral summits with Arab and Gulf Cooperation Council leaders.

During a visit to the region in July, Biden pledged that the U.S. “will not walk away and leave a vacuum to be filled by China, Russia, or Iran.” But both Xi and Saudi Crown Prince Mohammed bin Salman, also known as MBS, are signalling their belief that American influence has peaked.

Energy is at the heart of the China-Saudi Arabia relationship. China is the world’s largest importer of oil. Saudi Arabia is the world’s top exporter of crude oil, according to the International Energy Agency. And for years it, along with Russia, has been among the top two exporters of oil to China.

China is also Saudi Arabia’s largest trading partner. Right now, trade between China and Saudi Arabia —like most global trade — is conducted in U.S. dollars. But the two countries have begun discussions on trading in Chinese yuan, which would be a boon for Beijing’s efforts to internationalize its currency, also known as the renminbi. And it would weaken the U.S. dollar, potentially contributing to a “slow erosion” of its dominance.

Since 2005, Chinese construction and investment in Saudi Arabia have totaled $49.6 billion in value, according to the American Enterprise Institute. Energy is the largest sector by far, totaling roughly half of the contracts in value, followed by real estate and transport.

Saudi Aramco, the state-owned energy company, is expanding partnerships with Chinese state-owned companies. In March, Aramco secured a deal with North Huajian Chemical Industries Group Corporation and Panjin Xincheng Industrial Group to construct a refinery and petrochemicals facility in the northeastern Chinese city of Panjin. This year, a consortium that includes China Merchants Capital and the Silk Road Fund acquired a 49 percent state in the Aramco subsidiary Aramco Gas Pipelines Company. Cooperation could expand to alternative fuels like hydrogen.

Xi and MBS Are Sending a Message to Biden

What makes Xi’s visit special is not the economics, but geopolitics. The Chinese president was given a red-carpet treatment just months after President Biden reluctantly visited the kingdom and left empty-handed.

By welcoming America’s top geostrategic rival, Saudi Arabia is signaling to the U.S. that it has options. Riyadh’s discontent with Washington dates back to the Obama administration, feeling threatened by its support of the Arab Spring movements, securing of a nuclear deal with Iran, and attempted “pivot to Asia” away from the Middle East.

China is taking advantage of the rift between the two allies, whose partnership dates back to 1945. Beijing is telling the world that the era of American hegemony is coming to an end — if it hasn’t already.

Saudi Arabia has pounced on the opportunity of this multipolar era by diversifying its security partnerships, growing ties not just with China, but also with regional powers India and Russia.

And that diversification strategy has intensified in the aftermath of the assassination of writer Jamal Khashoggi. As MBS was made a pariah in the west, he tilted east, visiting China, India, and Pakistan four months after Khashoggi’s killing.

Beijing claims it doesn’t interfere in the internal affairs of other countries. And it doesn’t raise issues of human rights. The silence on this is bidirectional. In the case of Saudi Arabia, China cultivates ties with a powerful country in the Muslim world that avoids discussion of the persecution of the Uyghur Muslims.

There are limits to the upside of China-Saudi relations for the foreseeable future.

Though Saudi Arabia is the top buyer of American weapons, it has turned to China for some arms the U.S. won’t sell, including armed drones and ballistic missiles. China has not only sold the Saudis these weapons, but it also enabling Riyadh to develop the capability to manufacture them.

But the idea that China is replacing America in the Middle East is simply not true. China fits into the hedging strategies of Saudi Arabia and its regional ally the United Arab Emirates. Yet the ties that bind Saudi Arabia and the United States are deep. The Saudi sovereign wealth fund, the Public Investment Fund, for example, is an investor in Alphabet, Microsoft, Twitter, and Uber.

China too is hedging. It has robust ties with Iran, partners with Israel, and supports Palestinian aspirations for statehood. The bottom line: this is no zero-sum game.