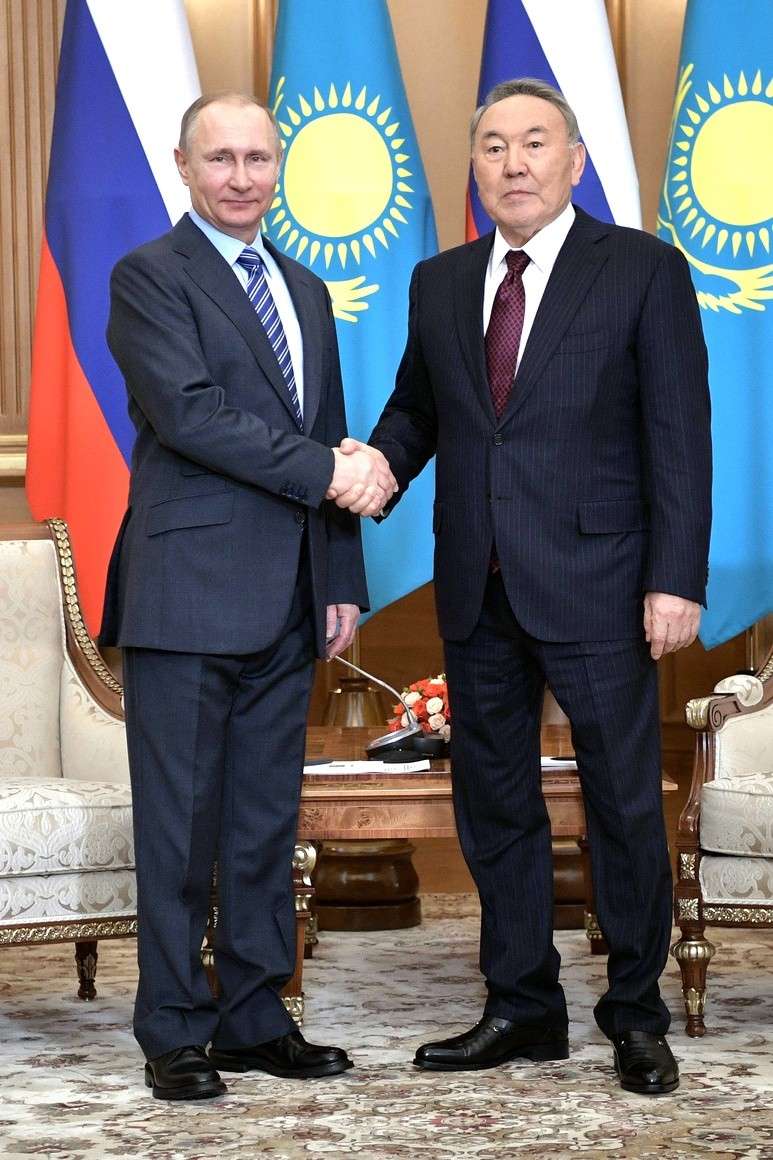 The violence that engulfed Kazakhstan following demonstrations over rising fuel prices has abated for the time being. According to reports emerging from the turbulence, it seems clear that this is largely due to the deployment of Russian peacekeeping troops on January 6 in response to a plea from the country’s embattled president, Kassym-Jormat Tokayev.

An as yet unknown number of people were killed when troops fired on the crowd. Tokayev, who insisted that order had been restored, has warned that any protesters who failed to surrender would be “destroyed”.

While the worst of the violence was reported in the country’s largest city, Almaty, the protests began in the Mangystau region in the west of the country. It’s not the first time the region has experienced political turbulence – in 2011 there were violent protests over oil worker wages in an area dominated by oil production.

But this time the unrest spread to the rest of the country and has morphed into calls for broader political change. Notably, the demonstrators have demanded an end to the enduring influence of the former president Nursultan Nazarbayev. Nazarbayev had retained significant authority over the country’s politics, retaining control of the national security council, despite having handed the presidency over to Tokayev – his chosen successor – in 2019.

Dissent has historically been tightly controlled in Kazakhstan, with security forces routinely suppressing demonstrations. So the speed and intensity with which this wave of demonstrations has spread suggest that the regime was largely caught off guard.

Security forces have struggled to re-establish control over the situation and quell the demonstrators, particularly in Almaty, where various government buildings and the city’s airport were briefly seized by demonstrators on January 5. The severity of the situation ultimately prompted Russia to step in to restore stability to its southern flank.

With the resignation, en masse, of the government, Tokayev appears to have moved to consolidate his autocratic rule by distancing himself from Nazarbayev, removing him as head of the security council on January 5. But neither the resignation of the government nor the introduction of temporary fuel price caps were enough to appease the protesters. Scores of protesters have been killed and hundreds wounded.

In response to the escalating protests, Tokayev appealed for help to the Russia-led Collective Security Treaty Organisation (CSTO). This marks the first time in the alliance’s history that the CSTO collective peacekeeping forces have been deployed. Russia previously rejected an appeal from Armenia during the 2021 hostilities with Azerbaijan over Nagorno-Karabakh. This suggests that the preservation of stability in the region is of high importance to the Kremlin at this particular moment.

The CSTO consists of Armenia, Belarus, Kazakhstan, Kyrgyzstan, and Tajikistan and is designed to act collectively under article 4 of its charter (similar to article 5 of the Nato treaty). This provides that the organisation will provide the necessary aid – including military force – in case of aggression against any of its member states.

It remains unclear how long the peacekeeping forces will remain in Kazakhstan. According to a senior Russian legislator, the deployment is intended to last only a few weeks in an effort to help quell protests.

The Kremlin has declared its confidence that the Kazakhstan authorities will be able to handle their own internal affairs without the need of assistance and has warned against outside interference. But the fault-lines being exposed in this former Soviet satellite coincide with another area of instability in the post-Soviet space in Ukraine, where fears remain of a possible Russian military intervention.

Russia currently has 100,000 troops gathered along its border with Ukraine. The Kremlin has been in regular communications with western leaders in a bid to defuse the crisis. Russian president, Vladimir Putin, is scheduled to hold further talks with US president Joe Biden on January 10. Both the US and EU are threatening crippling economic sanctions should Russia invade.

With Russia now having to dedicate attention and resources to stabilizing the situation in Kazakhstan, the likelihood of a Russian offensive against Ukraine might moderately diminish. Analysts have also speculated that the situation could lead Russia to adopt a more conciliatory tone during the upcoming talks with Biden – at least for the time being. Nevertheless, its fundamental demands regarding security guarantees are unlikely to change.

The Kremlin’s View of the Kazakhstan Crisis

Ultimately – and thanks to the intervention of CSTO forces – the Tokayev regime’s chances of restoring control have notably increased. But the presence of foreign troops in the country could also fuel further public resentment.

This may galvanize more protests, raising the question of whether the regime’s survival will hinge on continued – and maybe even greater – Russian support.

Meanwhile, from Russia’s perspective, ensuring stability in Kazakhstan is also important amid a host of other concerns over instability and extremism in Central Asia as demonstrated by the takeover of Afghanistan by the Taliban last August.

Additionally, the outbreak of instability and demands for political change in Kazakhstan as well as in Belarus may also shape Putin’s decision about his own future after the 2024 presidential elections in Russia.

In both Belarus and Kazakhstan, economic grievances led to broader political disaffection and increased anti-government sentiment. With Russia’s economy also continuing to stagnate and living standards deteriorating, Russia watchers are expecting the Kremlin to tighten its control this year to clamp down on the possibility of similar socioeconomic unrest.

As such, the trend of authoritarianism across the broader region is only set to intensify as increasingly unpopular leaders struggle to cling to power.

In this article:Featured, Kazakhstan, Putin's Russia