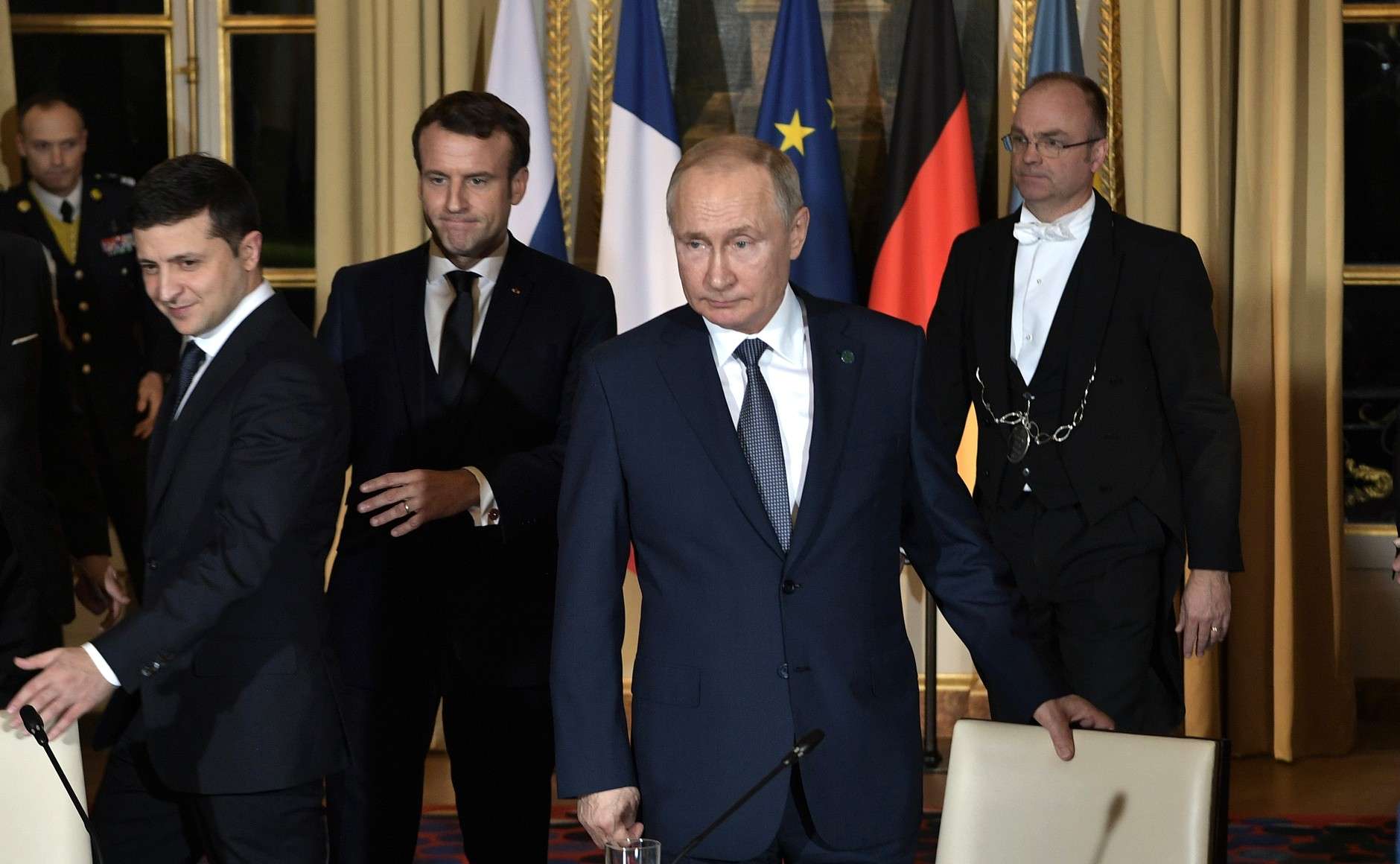 As some Western observers have feared, Russian President Vladimir Putin has just proved that his aggression toward Ukraine was never really about NATO.

In a speech on Feb. 21, 2022, Putin recognized the occupied territories in Ukraine of Donetsk and Luhansk and moved Russian forces into them.

Putin’s speech showed that he has concocted his own view of history and world affairs. In his view, Ukraine’s independence is an anomaly – it’s a state that should not exist. Putin sees his military moves as a way of correcting this divergence. Largely absent from his discussion was his earlier emphatic grievance that an eventual spread of NATO to Ukraine threatens Russia’s security.

Since he came to power in 1999, Putin has created an ever-shrinking group of advisers who reinforce his worldview. This allows Putin to ignore not only Ukrainian public opinion, which has turned strongly against Russia since 2014, but also global voices condemning his moves.

Many writers have debated how Putin has remained in power for over two decades. While his popular support in Russia has generally been high – especially during high-profile moves such as the annexation of Crimea – what may be more important in facilitating his longevity is this small circle of advisers who tell him what he wants to hear. After he served as prime minister, he returned to the presidency in 2012. From that point onward, Putin began to focus heavily on his narratives about Russia in the world, and he began to make moves on Ukraine.

Putin’s echo chamber keeps him insulated from needing to respond to public opinion that might otherwise discourage him from trying to bring Ukraine back into Russia’s orbit by force. Military operations in Ukraine are unpopular among Russians, but Putin’s inner circle continues to protect the president and defend his decisions.

One of Putin’s most important ideas is that Ukrainians and Russians are the same, sharing history, cultural traditions and, in many cases, a language.

Putin’s claims on Ukraine have made Ukrainians more united in their views of their own country and its European future.

Ukrainians also feel more negatively toward Russia than they have in the past, with a sharp drop in pro-Russian attitudes since 2014. Fully 88% of Ukrainians support their country’s independence from Russia. Survey data from February 2021 shows that 56% of people across Ukraine support the country’s path toward NATO membership. This number was 30% in 2014, just after the annexation of Crimea.

Even the Ukrainian citizens living in the occupied territories care increasingly less about how the conflict is resolved. They are less concerned about being part of Ukraine or Russia and more worried about their own economic well-being.

Russian Aggression Toward Ukraine Was Never About NATO

Putin’s anti-NATO rhetoric has also pushed Ukraine’s Western allies toward unity against Russia. These Western countries see a further Russian invasion of Ukraine as a European problem, and many support a NATO response to defend Ukraine.

But we’d argue that Putin’s claims that NATO threatens Russia’s security, and that the only way Russia will back down is if NATO promises never to admit Ukraine, is a bait and switch.

First, Ukraine does not have a clear path toward NATO membership. Ukraine would need to implement substantial reforms – including, but not limited to, major reforms in its military – in order to qualify for NATO membership.

Second, Putin has lied many times about his plans for Ukraine. Any concession from NATO is no guarantee of peace or security for Ukraine.

Finally, as scholars of contemporary Ukraine and Russia, we have seen this tactic from Putin before. In response to the 2013-2014 pro-democracy, anti-corruption Euromaidan protests in Ukraine that ousted a Russian-backed leader, Putin annexed Crimea, a large peninsula in the south of Ukraine. When separatists declared autonomy in Donetsk and Luhansk in 2014, Russia supported them first with economic and military aid and later with Russian troops. While Putin claimed this was to protect Russian speakers in these regions, it is now clear that these moves were a precursor to this week’s territorial grabs.

What Happens Next in Ukraine?

The increasing hostilities threaten to exacerbate a crisis of internally displaced peoples and refugees. At least 1.5 million people have already been forced to leave their homes in Donetsk and Luhansk. Current estimates project that some 5 million Ukrainians might be forced to leave the country if Russia invades further.

Putin’s recognition of the Donetsk and Luhansk People’s Republics could have a spillover effect on other territorial disputes in the region. Some believe that Transnistria, located on the Moldovan-Ukrainian border, could be the next to receive recognition from Russia. The recognition of separatist claims in Ukraine could just be the start of a greater trend of Russian action to capture more former Soviet territories.

In an attempt to thwart further violence and aggression, the European Union and the United States have imposed new, aggressive sanctions on Russia, targeting its politicians and members of the economic elite. The German government made the decision not to certify the Nord Stream 2 pipeline, which would have brought Russian natural gas directly to Germany instead of transiting through Ukraine.

Of course, taking these stands against Russia will have an economic impact in Europe. In a tweet responding to Germany’s decision, Dmitry Medvedev, the former President of Russia, snidely noted that Europeans should be prepared for more expensive gas. The U.S., too, may see higher prices on certain goods such as fuel, and the conflict could impact global food security if Ukraine’s significant agricultural exports are affected.

However, we’d argue that such concerns pale in comparison to the hardships that Ukrainians are facing.

Ultimately, Russia’s actions are not caused by fears of NATO expansion. That is merely pretext. Rather, as Putin so clearly laid out on Feb. 21, they are motivated by an antagonism that refuses to recognize the reality of Ukrainian statehood.