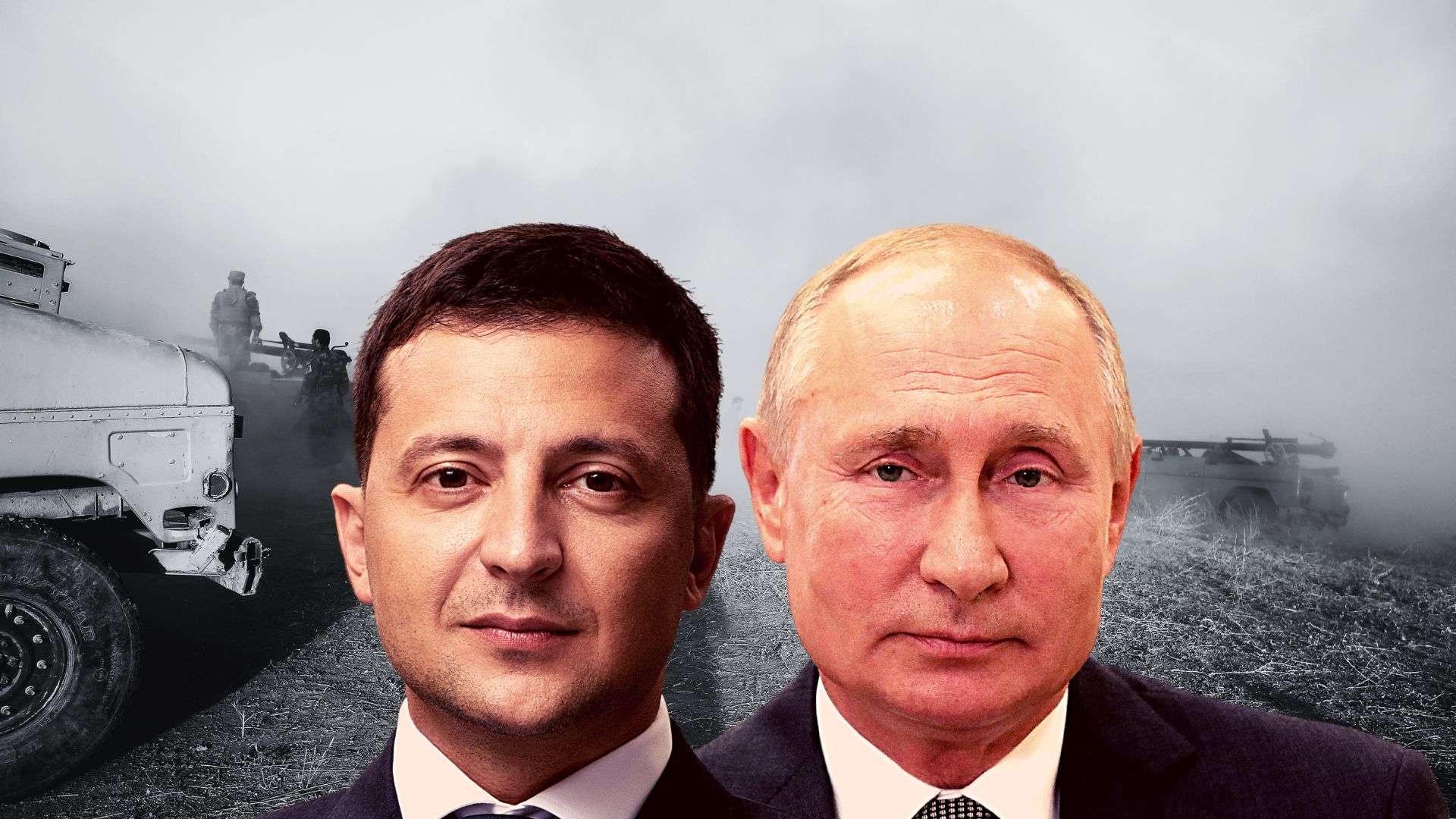 Since its start last year, observers have been asking when will the Ukraine war end. The answer remains the same: not anytime soon. (Image Credit: Russian and Ukrainian Presidencies)

For the past two months, Russia has systematically targeted Ukrainian infrastructure, devastating the country’s power grid and putting many basic services from healthcare to sanitation at risk. Apart from destruction, this campaign has achieved virtually nothing positive for Russia.

Ukrainians are undeterred in their fighting spirit, and Kyiv’s international partners show no sign of weakening in their resolve of support. But this is unlikely to force Putin to change course. On the contrary, all the signs are that he will double down and continue to lay waste to a country whose very right to exist he denies.

Over the holiday period, Russia continued its daily attacks against mostly civilian targets in Ukraine. For example, on December 29 a massive barrage of missile strikes and drone attacks hit infrastructure facilities in Kyiv, Kharkiv, Lviv, Odesa, and government-controlled areas of the contested Donetsk oblast. Similar attacks continued for several days and show no sign of abating in the new year. This prompted the Ukrainian president, Volodymyr Zelensky, to warn that Russia was probably planning a prolonged air campaign aimed at exhausting Ukraine.

If this is indeed Putin’s plan, there are no signs that it is working. Despite the hardship that the Kremlin’s campaign has caused Ukrainians, their spirit has remained unbroken and their leaders are still confident of eventually defeating Russia and restoring Ukraine’s full territorial integrity.

There are indeed grounds for such optimism. Following Ukraine’s successful counteroffensive in the summer and autumn, front lines have largely stabilized and Ukraine’s position on the ground is generally considered to be strong. Despite a partial mobilization, the retreat from Kherson, and the increasing use of mercenaries from the Wagner Group, Russia has been unable to make any significant territorial gains in Donbas, which Putin still aims to “liberate”.

This lack of Russian progress is particularly telling in the case of Bakhmut, a small city in Donbas, that has been relentlessly attacked by regular and irregular Russian forces for months, but has been ably defended and thus remains firmly in Ukrainian hands.

Ukraine’s military successes are not only a consequence of the country’s soldiers’ skills and determination but also of the support it has received from its western partners. There is no sign that this will change in 2023. The US, EU, and UK have all assured Ukraine that they will continue to stand with the country.

During his visit to the US in December, Zelensky was able to obtain an additional $1.85 billion security assistance package. Critically, this includes a Patriot air defense system – something Ukraine has long coveted. Although this delivery will not on its own turn the tide of war, it clearly signals that previous US concerns about delivering more powerful weapons systems to Ukraine that can reach deep into Russian-occupied territories, and potentially into Russia itself, have been overcome. This might then also pave the way for other allies to deliver such weapons to Ukraine.

On top of that, Ukraine has had some remarkable successes on the battlefield as well of late. These include successful drone strikes against airbases in Russia in December and a missile strike against the Russian troop concentration area in Makiivka, close to Donetsk in eastern Ukraine on New Year’s Day. In addition, Ukrainian forces have degraded Russian supply lines and made some territorial gains in Donbas over recent weeks.

So there are good reasons to be optimistic about Ukraine’s capabilities. But it’s important to be cautious and not to overestimate them. Russia is far from a spent force. Russian troops have dug in deep in their defensive positions. Despite earlier estimates that Moscow might soon run out of artillery ammunition, drones, and missiles, attacks against Ukrainian infrastructure and along the entire front line have continued unabated for weeks. At present, they show no sign of declining.

And a potential new mobilization in Russia would also provide Putin with new cannon fodder for his war effort – something that still appears popular in Russia despite the human costs there as well.

Equally, worrying for Kyiv is a potential further strengthening of ties between Russia and China. So far, China has been careful in balancing its ideological proximity to Putin’s Russia with its economic ties with Ukraine’s western partners. But at a video summit between Putin and Xi Jinping at the end of December, the Chinese president stressed Beijing’s preparedness to increase its strategic cooperation with Moscow.

Relations with China are critical for Russia economically and, perhaps even more so, diplomatically. Otherwise, Moscow would find itself only in the company of other pariah states such as Iran, North Korea, Myanmar, and Belarus.

Shaping When the Ukraine War Will End

Unsurprisingly, there are no indications of a change of heart in the Kremlin or the Russian defense ministry about the winnability of the war in Ukraine. As long as this illusion prevails, Russia will be able to muster the resources not to lose.

Hastening a change of mind in Moscow – possible through a combination of Ukrainian fighting spirit and western support – will be the only way to bring this tragedy to an end in 2023.

In this article:Featured, Ukraine

Stefan Wolff is a professor of international security at the University of Birmingham.