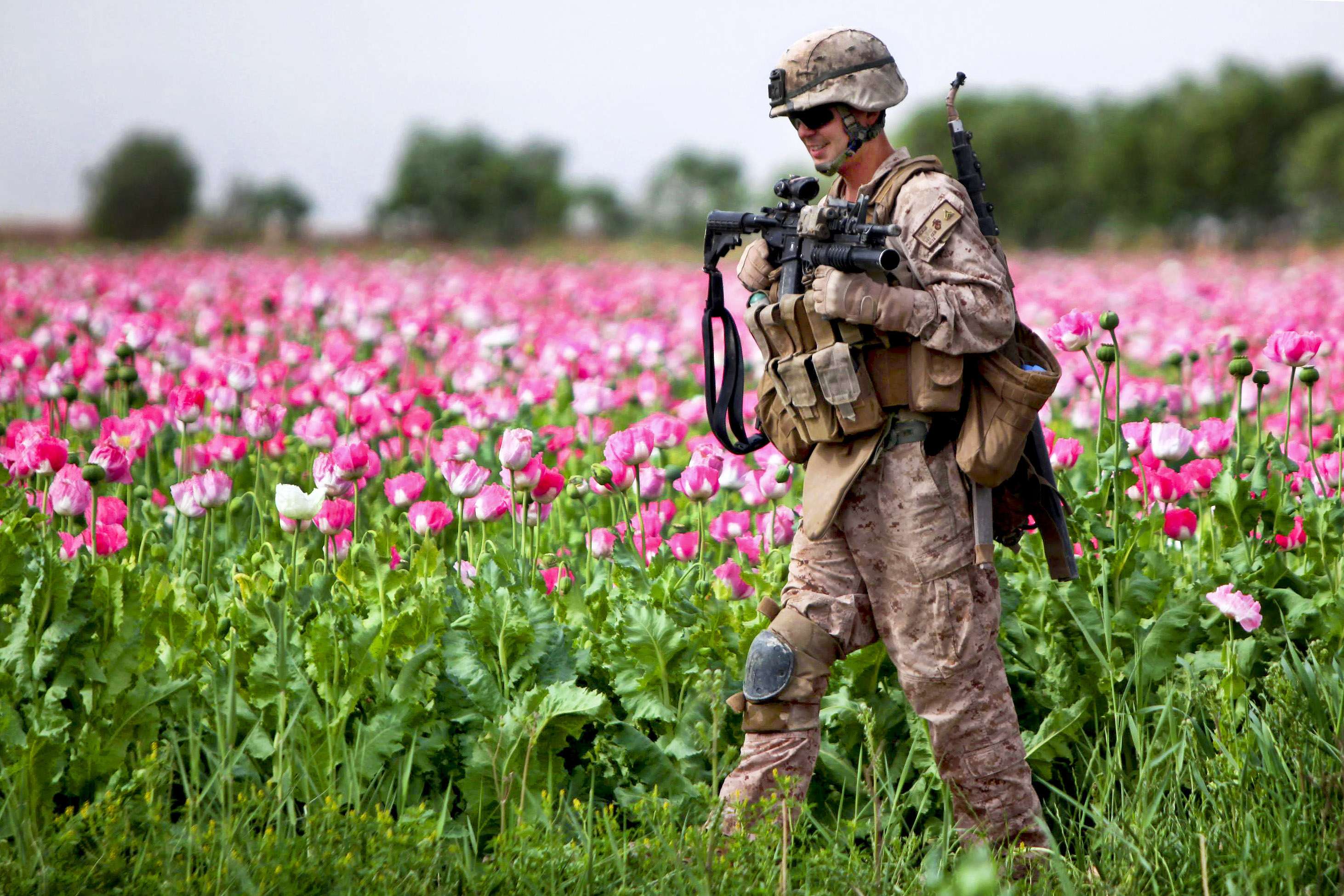 Opium production has hit an all-time high in Afghanistan, according to the United Nations Office on Drugs and Crime. In a report released on Wednesday, the UN body estimated that the production of the narcotic rose by 87 percent in 2017 compared to the previous year. This is the second consecutive year in which opium production has grown in the insurgency-hit country. The two-year surge in opium production came after a marked decline in 2015, due to both a drop in yield and cultivation area.

Cultivation of opium has spread to more regions of Afghanistan, despite a rise in poppy eradication efforts — indicating a decline in the government’s writ and spread of the insurgency.

Earlier this year, a senior Afghan counternarcotics official expressed concern that drug cultivation is taking place “in areas and provinces where previously we had zero opium production.” The number of poppy-growing provinces has risen to 24 and the area in which opium is cultivated also rose by 63 percent in 2016, according to the UNODC.

The faster growth in production compared to area under cultivation indicates that yields continue to improve significantly. A new genetically-modified seed acquired from China has allowed Afghan farmers to sow the opium crop all-year, contributing to the surge in production.

Both Sides of the Conflict Benefit

Drugs are a critical source of funding for the insurgency, contributing hundreds of millions of dollars to the Taliban a year and an estimated 40 percent of its budget. The Taliban, according to a New York Times report in October, are also playing more of a role in drug processing, moving into higher-margin, value-added segments of the sector. Despite U.S. spending in the billions of dollars to combat the narcotics industry in Afghanistan, the country supplies around 90 percent of the world’s heroin, according to the UNODC.

The Taliban are not alone in profiting from the drug trade. For Afghan farmers, opium is a far more lucrative crop than wheat, which Afghanistan imports in large quantities. Afghan officials — from border police to governors and senior officials — profit from the narco-trade. Many are paid off by narcotraffickers.

In 2008, a former State Department official wrote in the New York Times, “Narco-corruption went to the top of the Afghan government.” Months later, an Afghan informant for the U.S. government told the Times, “A lot of people in the Afghan government are involved in drug trafficking.” Among those implicated in Afghanistan’s drug trade: Ahmad Wali Karzai, the half-brother of Afghanistan’s then-president, Hamid Karzai. Until his assassination in 2011, Wali Karzai was the strongman of the southern province of Kandahar, the birthplace of the Taliban and the country’s second-largest opium-producing province.

“Narco-corruption went to the top of the Afghan government.”

For drugs to move out of Afghanistan into world markets, drug traffickers leverage a vast array of logistical partners. Some of Afghanistan’s drugs have even been moved out of the country by air. In 2013, the U.S. military barred Afghanistan’s largest private airline, Kam Air, from receiving contracts, alleging that it was ferrying large amounts of opium to Tajikistan, a transit route to Russia and Europe.

Afghanistan is a Narco-State

As the drug trade surges in Afghanistan, the country’s documented economy is at a standstill. The high rates of economic growth Afghanistan witnessed in the post-9/11 period into 2012 proved to be fleeting — largely a byproduct of the presence of foreign troops. In 2013, as the U.S. withdrew its “surge” troops from Afghanistan, real GDP growth plummeted to two percent. Afghanistan’s population is one of the world’s fastest-growing and since 2013 it has grown more rapidly than the economy.

In 2017, Afghanistan produced around $1.4 billion in opium, which translates to around 7 percent of Afghanistan’s total GDP. The total drug economy is likely more than double in value.

With a thriving drug trade, bulging youth population, and tepid economic growth, Afghanistan is unlikely to have stability any time soon.