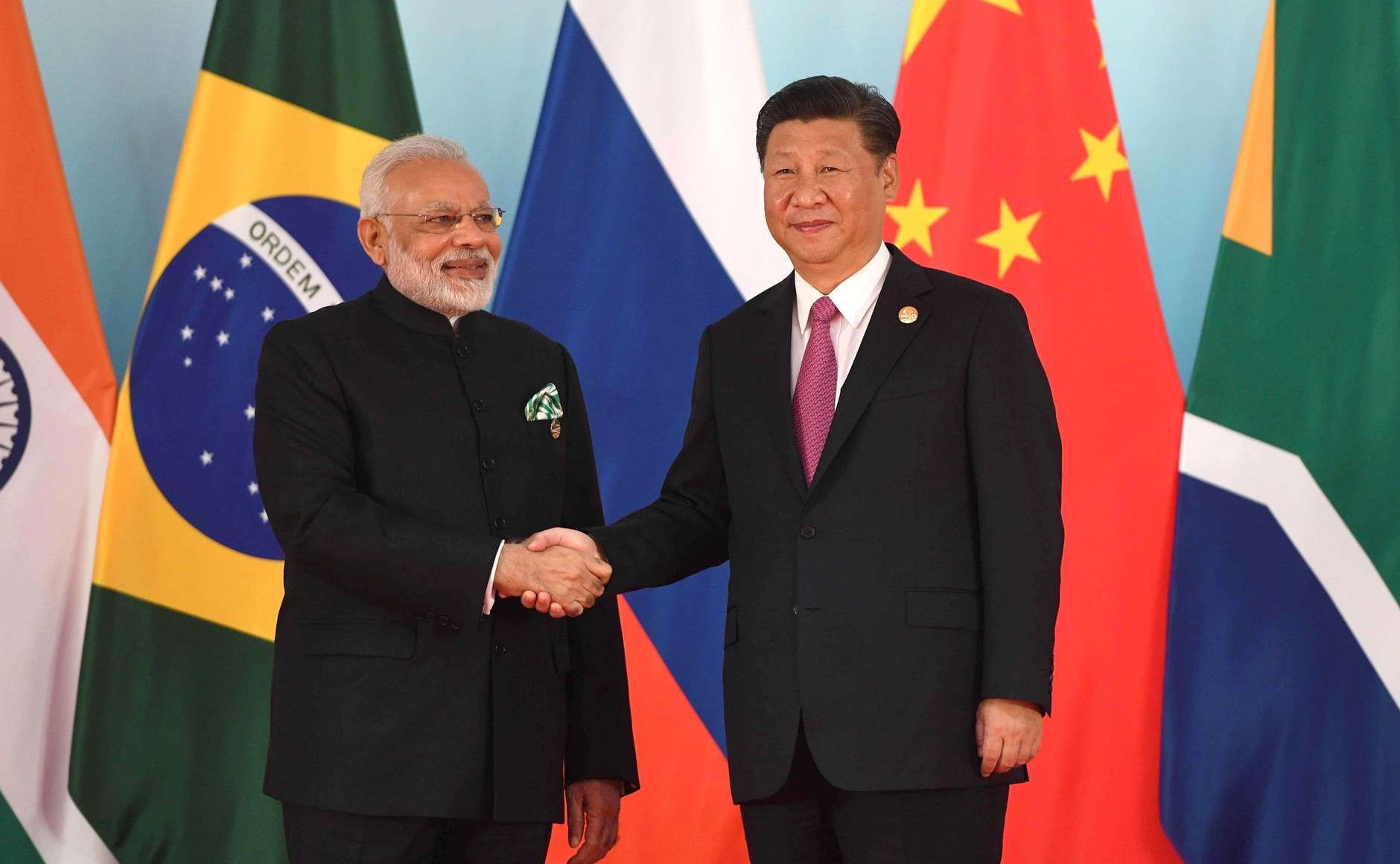 Prime Minister of India Narendra Modi and President of the People’s Republic of China Xi Jinping before the beginning of the BRICS Leaders' meeting on September 4, 2017. (Image Credit: Russian Presidential Press and Information Office)

“China is always opposed to India’s inclusion of the Chinese territory in the western sector of the China-India boundary into its administrative jurisdiction,” foreign ministry spokesperson Hua Chunying said, in response to a question regarding India’s announcement to repeal Article 370 and strip Kashmir of its special status.

Beijing was particularly critical about the move to turn Kashmir’s Buddhist region of Ladakh into a union territory which would be directly ruled by New Delhi.

Highlighting China’s claims over the area, Chunying added that India’s “unilateral move” has no legal effect. China has called on Modi-government to abide by agreements reached between both countries to avoid complicating the border issue.

Both countries have an ongoing border dialogue that covers the 3500-kilometer-long administrative boundary called the Line of Actual Control (LAC). Ladakh sits adjacent to this boundary.

A day after the decision, Home Minister Amit Shah stated in a parliamentary address that China’s Aksai Chin region is also part of Indian-controlled Kashmir.

Aksai Chin is the disputed border area between China and India. It is administered by China as part of Xinjiang Autonomous Region’s Hotan County but is also claimed by India. The two neighbors also have a dispute over Arunachal Pradesh, which India administers, but China claims as part of Tibet.

China has also called for restraint from the relevant sides involved in the issue. “In particular, they should refrain from taking actions that will unilaterally change the status quo and escalate tensions,” said Chunying.

She added that China calls “on both India and Pakistan to peacefully resolve the relevant disputes through dialogue and consultation and safeguard peace and stability in the region.”

India’s External Affairs Ministry spokesperson Raveesh Kumar responded to his Chinese counterpart by stating that “India does not comment on the internal affairs of other countries and similarly expects other countries to do likewise.”

Kumar also added that China and India have agreed to “a fair, reasonable and mutually acceptable settlement of boundary question.”

“Pending such a settlement, both sides have agreed to maintain peace and tranquility in the border areas on the basis of the relevant agreements,” Kumar added.

While both countries have exchanged diplomatic barbs, China is unlikely to take any aggressive measures in response to India’s unilateral move. However, if tensions between Pakistan and India boil over, China may have to step in more ways than just diplomatic statements.