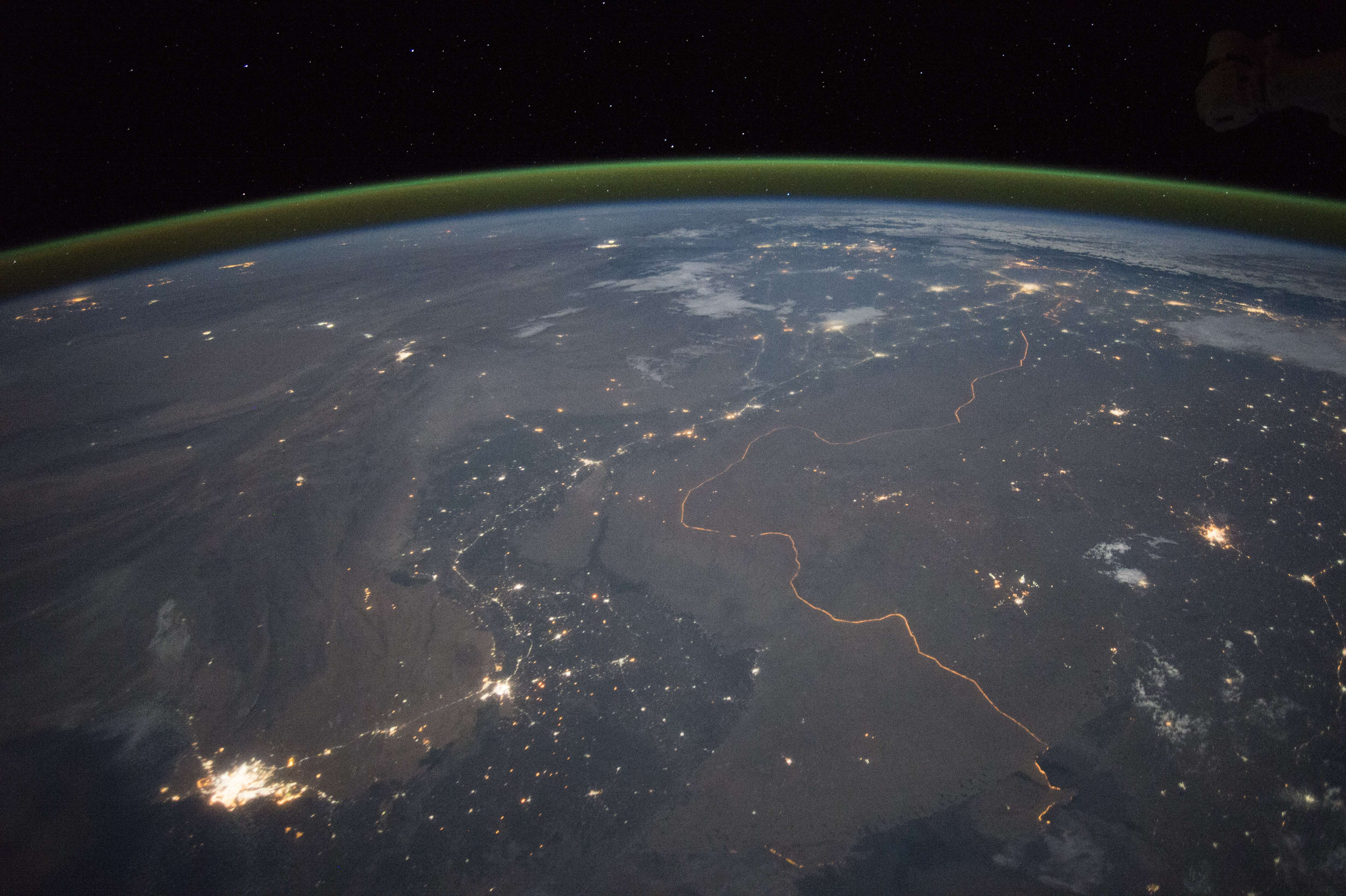 An image of the India-Pakistan border taken by an astronaut aboard the International Space Station on September 23, 2015. (Image Credit: NASA)

The Indian government on Tuesday approved the setting up of a new defense agency that will focus on the development of advanced military technology designed for warfare in space. The new organization, named the Defense Space Research Agency (DSRA), is expected to eventually assume command of all the space assets of the tri-services in the Indian military: the army, the navy, and the air force.

The announcement came just nine weeks after New Delhi revealed that it had successfully carried out an anti-satellite missile test. According to a report in The Times of India, an interceptor missile was used to destroy the Microsat-R satellite at an altitude of 175 miles in low-earth orbit on March 27.

Along with the new military space agency, a high ranking official of the Indian Defense Research and Development Organisation was quoted telling local media that the South Asian nation was also working on the development of weapons based on advanced energy, lasers, and electromagnetic pulses, as well as co-orbital killers.

Linked to the developments outlined above is a table-top war game exercise codenamed IndSpaceEx, which is being organized by the Indian military to simulate space warfare, according to a report in The Diplomat. This flurry of activity in space points to the continuation of an aggressive space policy pursued by recently re-elected Indian Prime Minister Narendra Modi in his first term.

How Will DSRA Work?

An Indian Air Force Force fighter pilot, Air Vice Marshal SP Dharkal, is being touted as the first head of DSRA, according to a report by the news agency ANI. The pilot will likely be commanding a team of elements from the military consisting of parachute troopers of the army, marine commandos of the naval forces and elite commandos of the Indian air force.

Headquartered in the southern city of Bengaluru, which also hosts the head offices of the Indian Space and Research Organisation, the new agency will probably be provided with a dedicated team of scientists working in close collaboration with the military officers for the development of weapons required to protect Indian strategic interests in space.

India depends on a network of military and civilian satellites in space for spying, navigation, monitoring, and observational purposes. These satellites are also used to provide guidance to targeted weapons in times of conflict and are of vital operational importance. The new agency will presumably focus on developing credible deterrence to protect these against adversaries in the region, especially a space powerhouse like China.

New Delhi has watched with alarm as Beijing has transformed from regional power to a global superpower in the last two decades, rapidly building up its military and space technology sectors. The deepening Chinese relationship with Pakistan has also raised eyebrows in India.

In 2007, the Chinese successfully tested their own anti-satellite missile. Since then, the country has equipped itself with direct ascent missiles, co-orbital kill satellites, as well as laser and electromagnetic pulse weapons. The Chinese own and operate many satellites in space, and now rent out their expertise in space for many services, making billions in the process. China has also signed a series of agreements to deepen space collaboration with Pakistan.

Reports about simulated war games in space and the development of satellite weapons suggest that India wants to position itself as a regional challenger to the dominance of China, but doubts about the ability of the Indian space program to match the expertise of the Chinese still persist. However, with India drawing a line between the civilian and militaristic pursuits in space for the future, it remains to be seen how the Chinese respond.