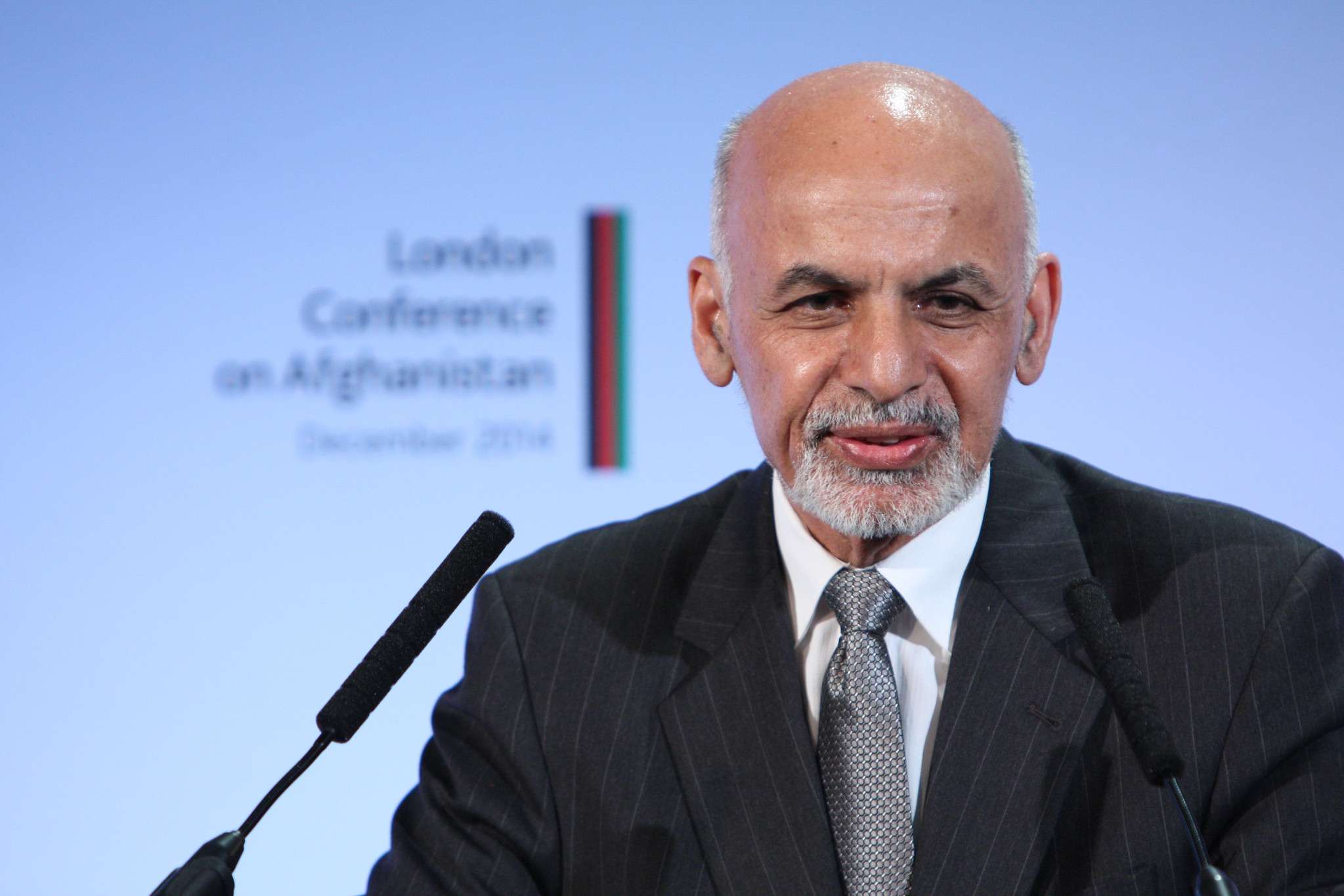 The Afghan president wants to stay in power, even if that means putting a peace deal with the Taliban in jeopardy.

As the United States and the Afghan Taliban near a peace agreement, prominent voices are voicing their concerns over the potential deal, arguing that it may embolden the insurgency and pave the way for a civil war.

On Tuesday, nine former U.S. ambassadors—including eight who served in Afghanistan—published an article on the website of the Atlantic Council think tank that a rush to an agreement with the Taliban could lead to the collapse of the Afghan state, renewed civil and the spread of the local affiliate of the so-called Islamic State or ISIS. Their primary recommendation is that “a major troop withdrawal must be contingent on a final peace” between Afghans.

The risks of renewed civil war in Afghanistan are real. Ethnic and religious minorities in Afghanistan are fearful that a U.S.-Taliban ceasefire would enable the Taliban to gain full control over their areas and repeat the ugly massacres witnessed in the 1990s. While the Taliban have made statements proclaiming that they will respect the rights of Afghans of all ethnic and religious backgrounds, they have done little to earn the confidence of those who faced their wrath during the brutal 1990s.

But fear of the Taliban is not the lone driver of a potential civil war in Afghanistan. What current and retired Western officials will not concede on the record, but imply in their warnings, is that the foreign presence in Afghanistan is ultimately what is binding the country together and preventing an all-out civil war from emerging again.

Ethnic tensions are a reoccurring feature of modern Afghanistan, particularly since the 1980s. Both the anti-Soviet resistances and Afghanistan’s two major Communist factions—the Khalq and the Parcham—were divided to some degree along ethnic lines. In the early 1990s, the Northern Alliance was formed made from As the late Afghan historian M. Hassan Kakar noted, “most Parchamis were non-Pashtuns.” In 2014, the dispute over the presidential election results between the Pashtun Ashraf Ghani and Tajik Dr. Abdullah almost led to civil war.

Eighteen years after the U.S. invasion, Afghanistan today is far from a unitary, democratic state. It is divided into fiefdoms controlled by strongmen who may or may not have the backing of the central government. Its rural areas are largely governed by local ons.

The U.S.-backed Afghan central government and national security forces, as well as the large sums of money flowing into the country—including directly from Western intelligence agencies to Afghan power brokers—provide some limit to the intra-Afghan discord.

At the same time, the stationing of Western military forces in Afghanistan is a driver of the insurgency. Their exit is key to a meaningful reduction in violence in Afghanistan.

Amid that withdrawal, the United States must play an active role in helping produce a political arrangement and security architecture that brings the Taliban into the fold, while preventing Afghan power brokers who recognize the current system from stepping out of the mainstream.

Ultimately, what Afghanistan needs is a revision to the 2001 Bonn Agreement, which brought virtually all the major participants in the Afghan civil war into a new political system. The Taliban were excluded, paving the way for their insurgency.

But the post-Bonn system is eroding. And it is eroding in large part due to the actions of President Ashraf Ghani. The insistence of the authors of the Atlantic Council article, and other voices like former U.S. Secretary of State Madeline Albright, that this month’s presidential elections should take place, is dangerously misguided.

Albright, writing in the Financial Times, argues that the presidential elections are “essential to reaffirming the legitimacy of the country’s institutions.”

But the legitimacy of both Afghanistan’s elections and the country’s governmental institutions as a whole have fast-eroded under Ghani, whose main objective is to remain in power indefinitely.

The survey demonstrates that confidence in elections actually erodes after every major election in Afghanistan. The upcoming presidential polls, should they be held, are unlikely to be any different from the previous ones. So it makes little sense to view the presidential polls as a means to restore the legitimacy of the Afghan government. They, in fact, are likely to further damage the credibility of the system.

Afghanistan’s elections ought to be delayed. But another postponement—they’ve already been twice-delayed—would amount to an indefinite extension of the tenure of Ghani as president. Not only will his political rivals, whose consent to an all-Afghan peace deal is vital, oppose Ghani’s continued stay in power, but Ghani will use the time period to delay a U.S.-Taliban agreement.

This week, Ghani was shown a copy of the draft U.S.-Taliban peace agreement by the U.S. Special Envoy for Afghan Reconciliation, Ambassador Zalmay Khalilzad. Ghani was allowed to take notes of the agreement, but not permitted to have a copy of his own. Based on those notes, he conferred with his cabinet and advisors. On Tuesday, Ghani’s spokesman, Sediq Seddiqi, expressed concerns about the agreement and a desire to obtain “further clarity” on it.

U.S. negotiators are, however, in a race against the electoral clock. Washington has sought to secure a deal with the Taliban before the Afghan elections take place, recognizing that it a newly-elected Afghan government would be unlikely to agree to a new powersharing arrangement early in its term.

Ghani is trying to prolong the negotiation process and may ultimately sabotage it. One of the major cards he has is the ability to determine the non-Taliban participants of the intra-Afghan talks that are likely to take place after a U.S.-Taliban agreement. In April, Ghani’s government submitted a ridiculously large list of 250 people who would take part in intra-Afghan talks that month in Doha. Those talks were then postponed after the Taliban complained that the size of the meeting was better suited for a wedding, not a serious dialogue.

Afghanistan’s best bet is that the September presidential elections are delayed and a conversation begins on the formation of an inclusive caretaker government that can lead negotiations with Taliban and preserve as much of the good in Afghanistan’s current very flawed system as possible, preventing a civil war or the emergence of a radical regime.