The Battle for the Maldives 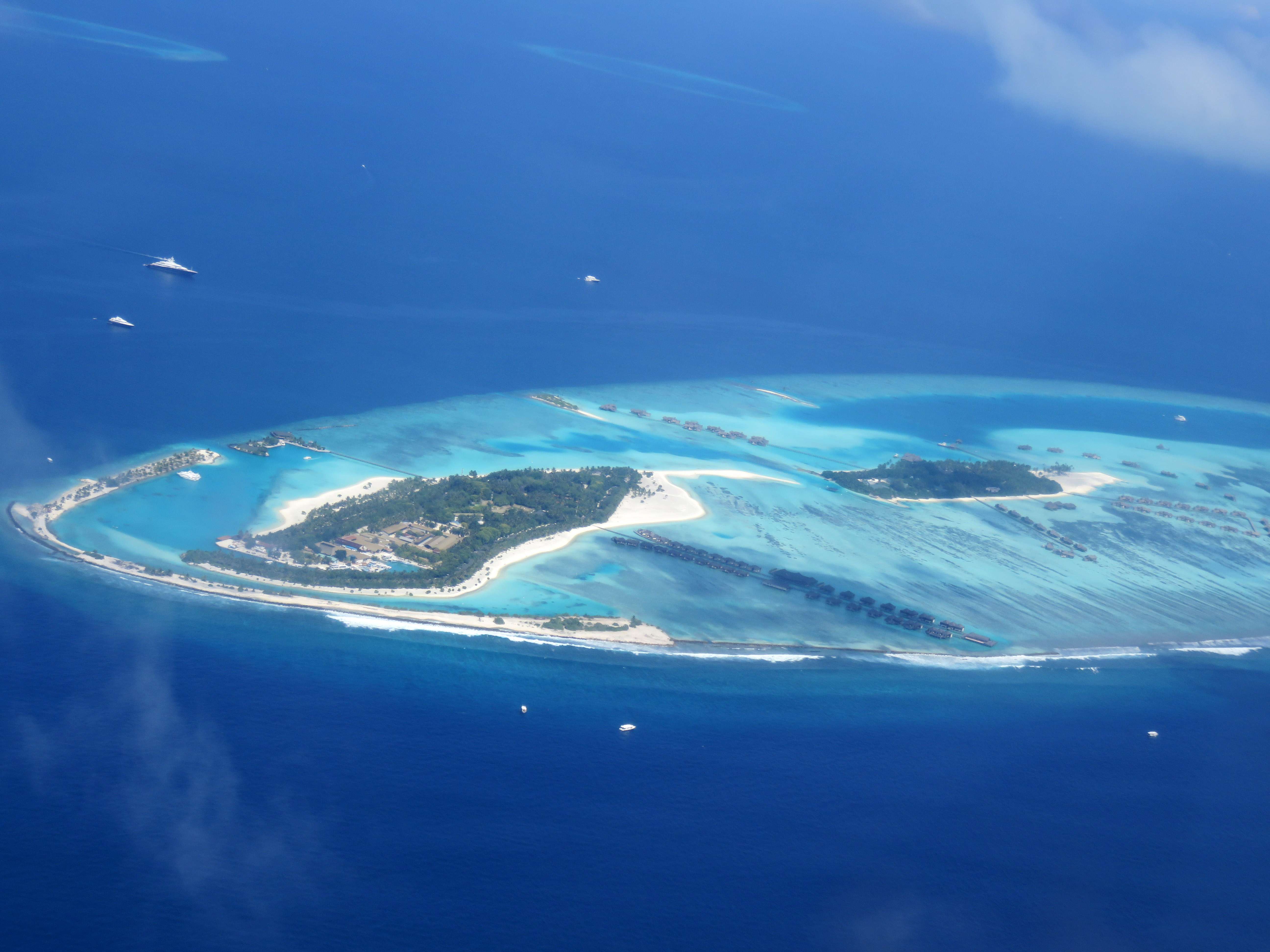 An aerial photo of some of the islands that make up the Maldives. (Image Credit: GoodFreePhotos.com)

The Maldives, the tiny archipelago in the Indian Ocean, is facing domestic turmoil yet again.

On February 5, President Abdulla Yameen Abdul Gayoom imposed a state of emergency days after the Supreme Court ordered the release and retrial of his rivals, including former President Mohamed Nasheed, who was convicted in 2013 on terrorism charges in a trial decried by the international community. In early February, the country’s apex court also annulled a 2017 ruling that stripped legislators who defected from the ruling party of their seats. But on February 19, the court once again reversed its decision, suspending the defecting legislators, which gave the president’s Progressive Party a majority before it voted on an extension of the emergency rule imposed by him.

The Maldivian elite is highly fractious. Yameen, as the president is known, is the half-brother of Mamoun Abdul Gayoom, who ruled the Maldives for thirty years. The two brothers both belong to the country’s Progressive Party, but are now rivals. Former President Abdul Gayoom was arrested in early February after the imposition of emergency rule.

Yameen’s predecessor, Mohamed Nasheed, served as the country’s first democratically-elected president from 2008 to 2012. Nasheed was imprisoned for over a year until he was granted “leave” from prison on medical grounds in 2016. Nasheed received asylum from Britain and now lives in London.

The turmoil in the Maldives could be dismissed as squabbling in a small, geographically isolated country. But the country’s internal divisions overlap with a greater game: the battle between China and India for dominance in the Indian Ocean region.

The Center of a Great Ocean

The Maldives is a collection of 1,190 islands totaling 185 square miles in area inhabited by just over 400,000 people. While the country is best known for its main industry, tourism, its strategic location has acquired greater importance as great power competition in the Indian Ocean region rises.

The Maldivian islands lie along the sea lines of communication (maritime transit route) connecting Europe, the Persian Gulf region, and East Africa with eastern India and the Asia-Pacific region. As Indian analyst Mohan Guruswamy notes in the South China Morning Post, the Maldivian islands are the surface level manifestation of a “960km-long submarine ridge running north to south that makes it almost a wall to navigation from the eastern side of the Indian Ocean into the western side.”

Historically, India—the closest military power to the Maldives—has been the main external power influencing the country. In 1988, President Abdul Gayoom appealed to India to stave off a coup attempt organized by a rogue Maldivian businessman in concert with Sri Lankan mercenaries. Indian paratroopers quickly thwarted the coup attempt.

But the Maldives is no longer in India’s exclusive strategic dominion. With the rise of China, the Maldives, so to speak, is now in play and the country’s fractured elite can appeal to opposing regional powers for support. Indeed, while Nasheed was staunchly pro-India, Yameen has bolstered ties with Beijing. This December, the two countries signed a free trade agreement as well as a preliminary understanding on a Joint Ocean Observation Station. The facility, Indian news outlets claim, will be located on the island of Makunudhoo, near the northwestern edge perimeter of the Maldivian archipelago, close to the Indian island of Minicoy, and in proximity to the shipping lanes used to transport, for example, oil and gas from the Persian Gulf to East Asia.

The proposed observation station, critics of China fear, could be used for military purposes, serving as a listening post for communications or, down the road, as a naval base. In the event of a conflict, these facilities could be used to block trade. More realistically, a long-term military presence in the Maldives would give Beijing greater strategic flexibility by being able to thwart efforts by its competitors, namely India and the United States, to cut off the flow of energy to the country. China is the world’s largest importer of oil and the second-largest importer of natural gas.

The Chinese economic footprint in the Maldives is growing. According to the Maldives Ministry of Tourism, China was by far the largest country of origin for tourist arrivals in 2016 — accounting for a quarter of all tourists. India ranks at fifth.

Beijing’s state-owned engineering and construction giants are also playing a more pronounced role in developing infrastructure development in the Maldives. A subsidiary of China Communications Construction Company is constructing the China-Maldives Friendship Bridge, connecting the island of Malé, the country’s largest city, with another island, Hulhulé, home to the Maldives’ international airport. Most of the costs will be covered through a Chinese government grant and concessionary loan.

As China-Maldives ties flourish under President Yameen, former President Nasheed has accused Beijing of engaging in a “land grab” with its alleged purchase of 16-17 islands. Importantly, Nasheed failed to mention the name of a specific island allegedly purchased by Chinese companies. China has described Nasheed’s claims as “groundless.” Nasheed has even appealed to India during the present crisis for direct military intervention.

Sinification of the Indian Ocean?

China is the center of gravity in the emerging world order. It has an unparalleled ability to enter a new theater—with tourists, trade, investment, and aid—and quickly alter power dynamics, making itself the locus of strategic activity. In the Maldives, Beijing has within less than a decade made itself a challenger to India in the latter country’s own backyard. As analyst Mahalakshmi Ganapathy notes, “Until 2011, China didn’t even have an embassy in the Maldives. Coming to 2018, it’s seen as a big player in this whole Indian Ocean region.”

Meanwhile, Washington has for almost a decade sought to promote New Delhi as a power in the Indian Ocean region. In 2009, U.S. Secretary of Defense Robert Gates said, “We look to India to be a partner and net provider of security in the Indian Ocean and beyond.” Using similar language, the Obama administration asserted in its 2015 National Security Strategy: “We support India’s role as a regional provider of security and its expanded participation in critical regional institutions.” And the Trump Administration has wholly embraced the notion of a combined Indian Ocean and Asia-Pacific region known as the “Indo-Pacific,” as part of an effort to promote India as a counterweight to China across this vast space. In a sign of growing strategic cooperation between the two countries, U.S. President Donald Trump even discussed the Maldives, as well as other crises in South Asia, in a phone call on February 8 with his Indian Prime Minister Narendra Modi.

The Maldives is just one theater of competition between China and India in a broader great game that has just begun. It is playing out elsewhere, in Afghanistan and Pakistan, Iran and Oman, and in Sri Lanka—whose divided elite has alternated between pro-Chinese and pro-Indian stances for the past decade as Chinese aid and lending have skyrocketed.

As for what the future holds, it is reasonable to expect more of the same. The Maldives will likely move on from crisis to crisis as its elites fail to come to terms over the rules of the game. And Sino-Indo competition will be an enduring feature of the evolving security order in the Indian Ocean region over the course of this century.