Muted Response From Washington on New Delhi's Annexation of Kashmir 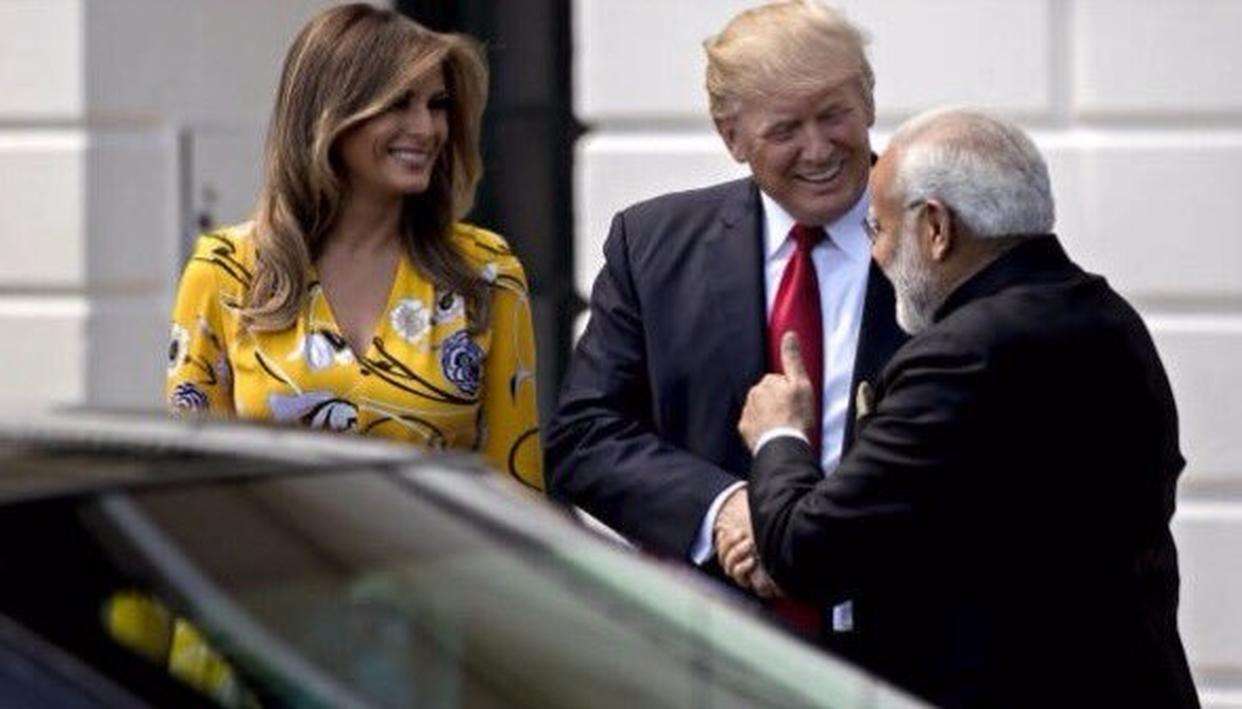 On Monday, India effectively annexed the disputed region of Kashmir also claimed by Pakistan. Fearing retaliation from locals, the decision was accompanied by a huge security clampdown, the imposition of a curfew on millions of people, and a communication blackout. Local political leaders, including two pro-India former chief ministers Mehbooba Mufti and Omar Abdullah, have been put under detention.

The introduction of Jammu and Kashmir Reorganisation Bill by Indian Home Minister Amit Shah in the lower house of parliament on Tuesday garnered severe criticism and opposition from Pakistan. Pakistan has, ever since then, downgraded diplomatic and trade ties with India.

In the United States, the official response was modest, though the move by New Delhi could be seen as a swipe at President Donald Trump, who claimed last month that Indian Prime Minister Narendra Modi asked him to mediate between his country and Pakistan on Kashmir.

The State Department issued a statement expressing concern “about reports of detentions” and urging “respect for individual rights and discussion with those in affected communities.” It also called on India and Pakistan to “maintain peace along the Line of Control” that separated Pakistans Azad Jammu and Kashmir region from Indian-controlled Kashmir.

The top U.S. diplomat for South Asia, Alice Wells, also refuted claims made by the Indian news site ThePrint that the Indian government had already informed the U.S government of its decision to change the status of the disputed territory.

Two top Congressional Democrats also released a statement on Tuesday that appeared tougher on Pakistan than India. While Rep. Eliot Engel and Sen. Bob Menendez urged India to “demonstrate for all its citizens the importance of protecting and promoting equal rights, including freedom of assembly, access to information, and equal protection under the law,” they also warned Pakistan against “any retaliatory aggression.” Engel is a member of the House India Caucus, while Menendez is part of the Senate’s corresponding caucus.

While Democrats in Congress failed to mention the arrest of hundreds of political leaders and activists and a curfew imposed on millions in the Muslim-majority region, a more balanced statement was issued by influential Republican Sen. Lindsey Graham, who identified India’s change in Kashmir’s status as potentially destabilizing.

Graham reportedly has the ear of Trump on foreign policy and, according to Pakistani Prime Minister Imran Khan, helped facilitate the White House meeting between the two leaders last month.

While the Trump administration and Congress issued muted responses to India’s crackdown on the Muslim-majority region of Kashmir, major U.S. news outlets strongly criticized New Delhi in editorials this week. The New York Times described Modi’s move as “incendiary” and said that his government’s decision to revoke Kashmir’s special status was “dangerous and wrong.”

Bloomberg Opinion also described India’s scrapping of the nominal autonomy of Kashmir as a “mistake” and challenged New Delhi’s claims that economic development is key to addressing the grievances of Kashmiris. The website pointedly said that Kashmiris feel a “lack of agency,” which is “exacerbated by a suffocating security presence they view as an occupation.”

So while New Delhi has largely escaped rebuke from global capitals, including Washington, major media outlets are highlighting its clampdown on ordinary Kashmiris and their political leaders.