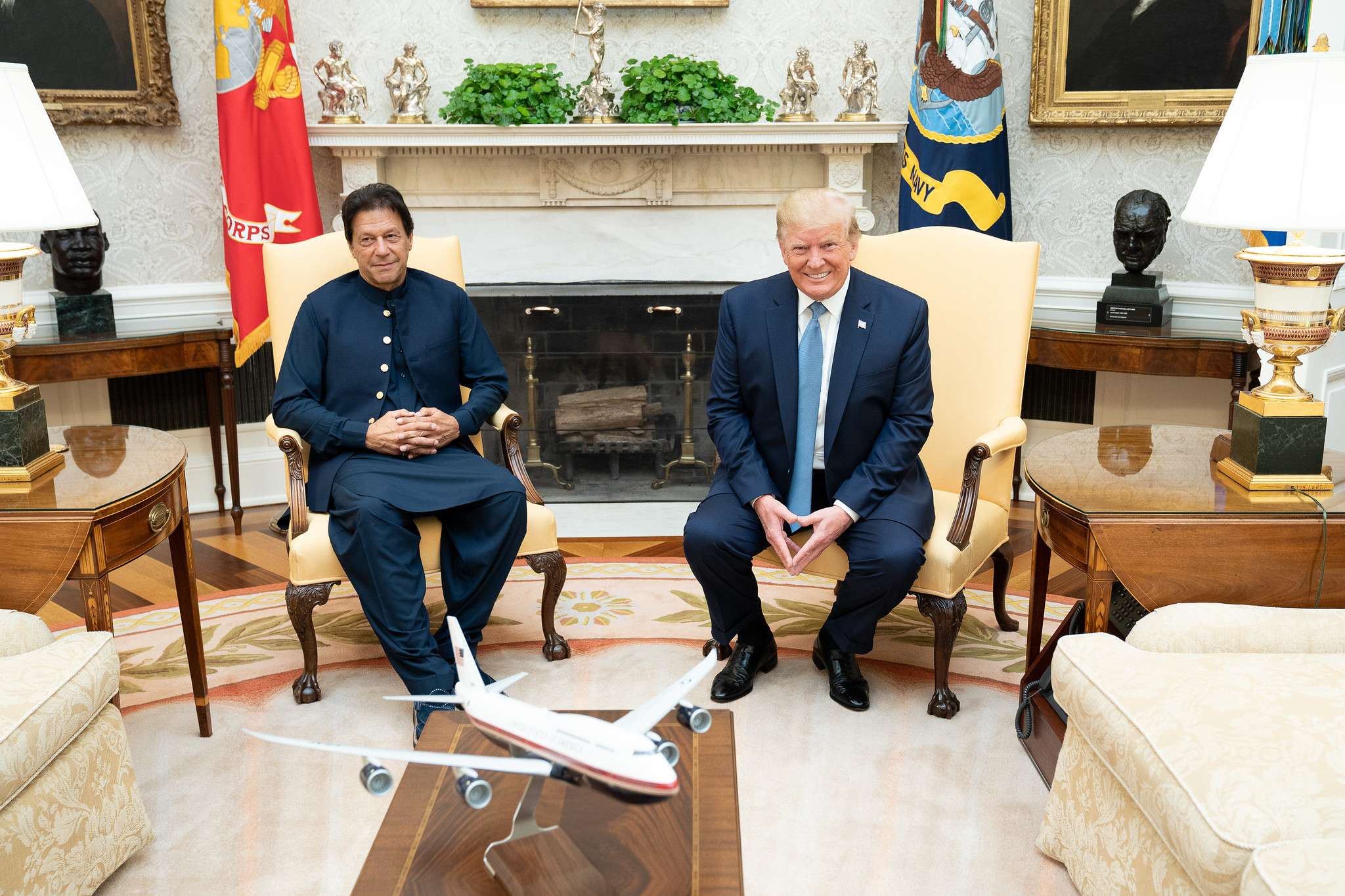 As tensions simmer in Kashmir, Trump reiterates his desire to help India and Pakistan find a resolution to the decades-old dispute.

U.S. President Donald Trump has once again offered to mediate between India and Pakistan on the issue of the disputed Kashmir region.

Speaking with the press today in the Oval Office, Trump said, “I will do the best I can to mediate” between the two nuclear-armed South Asian countries on Kashmir. He described the Kashmir dispute as going back decades, and even centuries, involving tensions over “religion” between Hindus and Muslims.

The U.S. president is playing an increasing role in crisis management between India and Pakistan, speaking with Pakistani Prime Minister Imran Khan twice and Indian Prime Minister Narendra Modi once since Friday. Trump said today that he will meet with Modi this weekend in France.

The U.S. president took to Twitter on Monday to say that he had spoken to his “two good friends”—Modi and Khan—regarding “trade, strategic partnerships, and most importantly, for India and Pakistan to work towards reducing tensions in Kashmir.”

White House spokesperson, Hogan Gidley on Monday issued a statement regarding Trump’s call to Modi, according to which: “The US president conveyed the importance of reducing tensions between India and Pakistan and maintaining peace in the region.”

Pakistan’s Foreign Minister Shah Mahmood Qureshi too briefed journalists in a press conference on the Trump’s call to Khan after he spoke to Modi. Qureshi said that the U.S. leader in his call expressed a desire to help lower tensions in the region.

Trump’s remarks on Tuesday make clear that he recognizes the gravity of the situation in Kashmir and that the problem will not be resolved overnight and may require steady engagement by him. He said that the United States is “helping the situation” but that “tremendous problems” remain.

Trump first offered to mediate over Kashmir in July, during Khan’s visit to Washington. Administration officials subsequently tried to dial back expectations of what a U.S. role might be, but Trump continues to speak of “mediation” in the wake o India’s annexation of Kashmir and siege imposed on millions of civilians.