India Wants to Make Money on Leaps in Space Technology 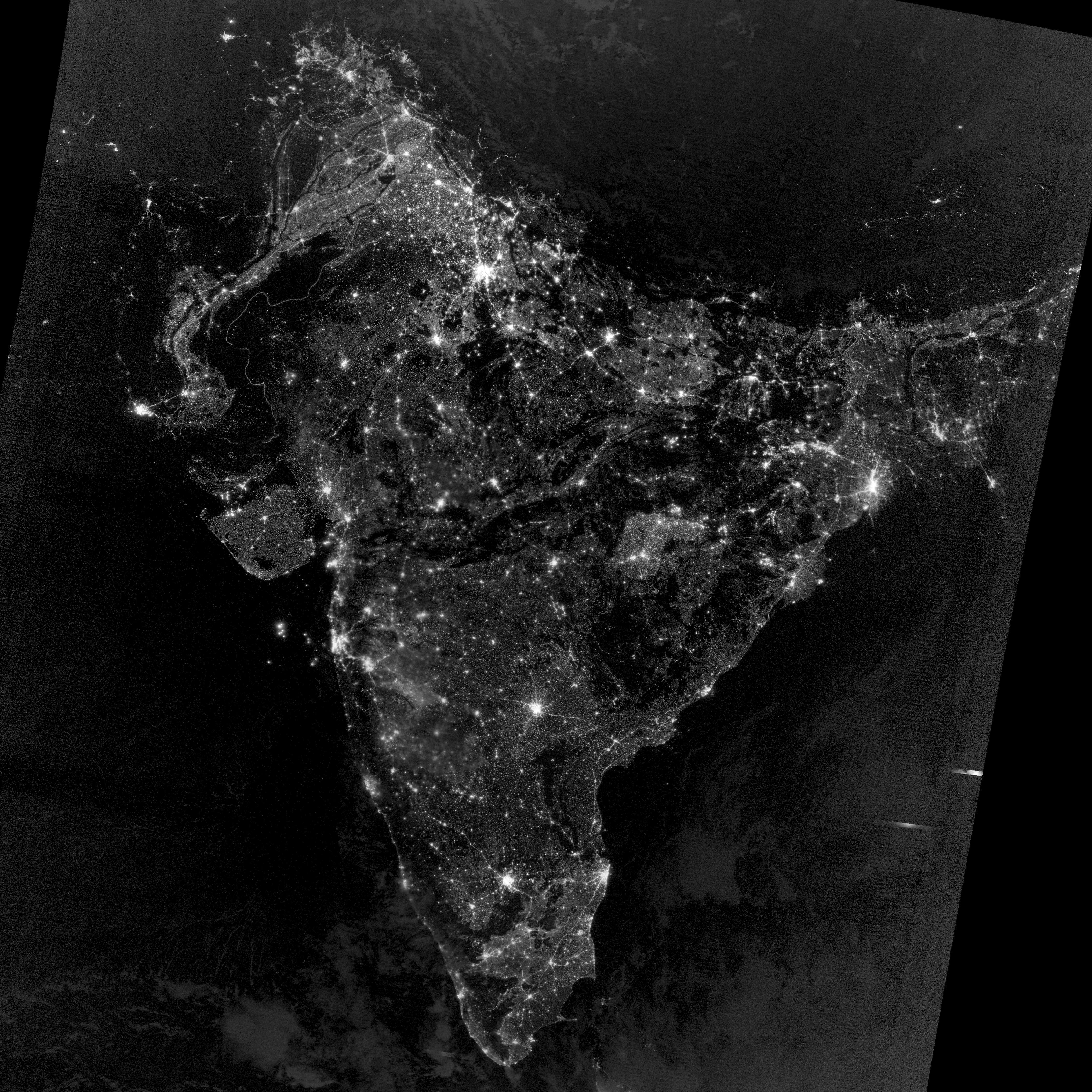 A view of India and the rest of South Asia on the night of Diwali in 2012 captured by the Visible Infrared Imaging Radiometer Suite on the Suomi NPP satellite. (Image Credit: NASA)

India announced on Friday the formation of a new public sector enterprise named New Space India Limited (NSIL) to work on the commercial aspects of the research and development work undertaken by the Indian Space Research Organization (ISRO).

The announcement was made by Indian Finance Minister Nirmala Sitharam during the presentation of the new budget for the 2019-20 fiscal year to the Indian parliament. Sitharam said that time had come for India to harness space technology for commercial purposes.

According to a report in Indian Business Insider, the new entity will lead head the marketing of Indian space launch vehicles, the transfer of technology from the state to the private sector, and enable the industry to take benefits of ISRO research and development.

India has been aggressively working to modernize its space industry in recent years, with successful unmanned orbital missions to the moon and Mars under its belt and a manned mission to space in the works. Earlier this year, India also tested an anti-satellite weapon in space.

The private space industry in India has also taken off since an Indian startup named Team Indus won the Google Lunar-X Prize for developing a rover for the moon. And, in another achievement for the Indian space industry, the United States announced this year that Team Indus would build the lander for the 2024 U.S. lunar mission.

NSIL has been tasked with facilitating the transfer of small satellite technology to the private industry and exploring the commercial prospects of Small Satellite Launch Vehicle, a rocket built to take small payloads into space. It will be built by ISRO on the lines of the Polar Satellite Launch Vehicle, one of the most successful launch vehicles developed by the Indian space agency. PSLV was used to carry the Indian orbiter missions to the moon and the planet Mars.

Indian Minister of State for Space Jitendra Singh on Thursday told the upper house of parliament in New Delhi that the NSIL would also help the private industry in India to speed up manufacturing and production of space technology.

New Delhi has been mulling a Space Activities Bill to regulate the private space sector, reports Business Insider. The Indian moves in space seem to closely mirror recent steps taken by space superpowers like China and the United States.

However, India will have to invest heavily in the growing private industry in space that is dominated by Chinese and U.S. companies. If India hopes to offer space services at competitive rates, it will have to scale up the development and production of space technology.