What is Blue Origin? 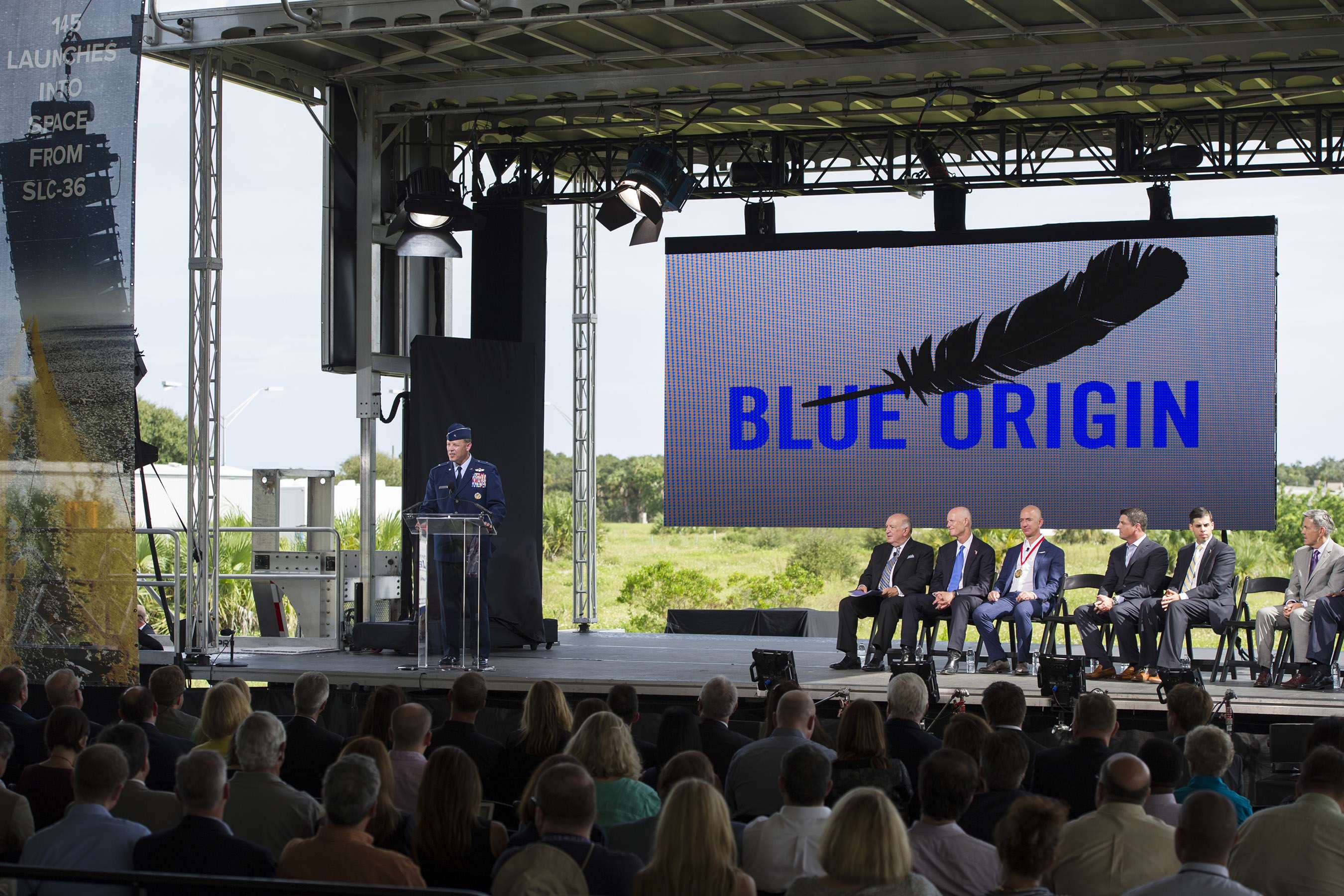 Founded by Amazon owner and billionaire Jeff Bezos in 2000, Blue Origin is a leader among a growing pack of private space companies in the United States. Headquartered in the state of Washington, Blue Origin manufactures rocket engines, launch vehicles, and space capsules.

Since the company came into being, it has generally tended to keep a low-profile, limiting press statements and avoiding the media. Since 2015, however, Bezos has led an effort to boost the public image of the firm.

The existence of Blue Origin only came to the fore in 2003 when Bezos started buying land in West Texas under shell companies for a space launch site, attracting the attention of the local media. Since procuring the land, Blue Origin has developed a sub-orbital launch and engine-test facility in the area.

Although the initial technological leaps of the space company were a closely guarded secret, MSNBC reported as early as 2005 that Blue Origin would be beginning flight tests that year and was also in the process of developing a reusable rocket named New Shepard. The new rocket fits into plans for commercial human spaceflight and resettlement that Bezos later revealed in an interview with Wired.

By June 2014, billionaire founder Bezos had invested more than $500 million in Blue Origin. As competitors like Virgin Galactic and SpaceX ramped up their commercial spaceflight missions, Bezos has since come forward pledging to spend more than $1 billion annually on Blue Origin by selling his Amazon stock.

More recently, the company has also accelerated the New Shepard and New Glenn missions. In November 2015, it announced that it had successfully negotiated the launch and subsequent return of an unmanned capsule aboard the reusable launch vehicle New Shepard. Since then, New Shepard 2 (a replacement for the original version, which had crashed during tests) and New Shepard 3 (designed for improved thermal protection) have been launched. The New Shepard launch vehicle will eventually carry human customers to space, Bezos has said.

The manufacturing of the New Glenn launch vehicle is also underway, and it is expected to take flight by 2020, according to NASA Spaceflight. New Glenn will feature a new, more powerful, and potentially cost-saving rocket engine made by Blue Origin named BE-3U. It will be powered by liquid propellants, which tend to be cheaper and more powerful than those powered by solid-state fuels. New Glenn’s first stage will be reusable, while its second stage is expected to be expendable.

Bezos Has His Eyes on the Moon

In May 2019, Bezos unveiled a lunar lander named Blue Moon in Washington, DC. According to a statement made by Bezos during the event, Blue Moon would be able to ferry people to the lunar surface by 2024. The plans for the lander include a rover designed to roam the lunar surface to gather scientific data. Blue Moon will be powered by the BE-7, which is a liquid-fueled engine that Amazon has yet to test. Blue Origin’s earlier engines lack the power to carry a lunar lander into space. The BE-7, according to Blue Origin, features a high throttle engine specifically designed to carry into space large payloads, such as the lunar lander.

With Chinese private firms also competing with U.S.-based companies for space prowess, emerging trends within the industry indicate a focus on satellite development, lunar exploration, and space tourism. It remains to be seen whether the $1 billion Bezos has promised to spend on Blue Origin annually will be enough to innovate while delivering products to ward off international competitors.

Strategic Partnership With the U.S. Government

Blue Origin is among the many private companies that NASA has increased collaboration with in the past few years. The company has been using the Kennedy Space Center in Florida for testing rockets and recently signed a deal to use another space facility in Alabama.

Public-private partnerships are also key to the future plans of the U.S. National Aeronautics and Space Administration or NASA. Private firms are more efficient with design and manufacturing because they reduce cost overruns, minimize time delays, and have the added luxury of circumventing bureaucratic hurdles to deliver operational products.

Though the commercial space market is rife with uncertainty, Blue Origin has a wide range of potential revenue streams: both commercial and governmental. Private space companies like Blue Origin are working on the development of launch vehicles to take a variety of payloads into orbit, from small rovers to electric cars and space tourists. And the U.S. government is actively considering asking a commercial U.S.-based carrier to launch a space capsule made by NASA into lunar orbit. For Blue Origin, the sky is not the limit.