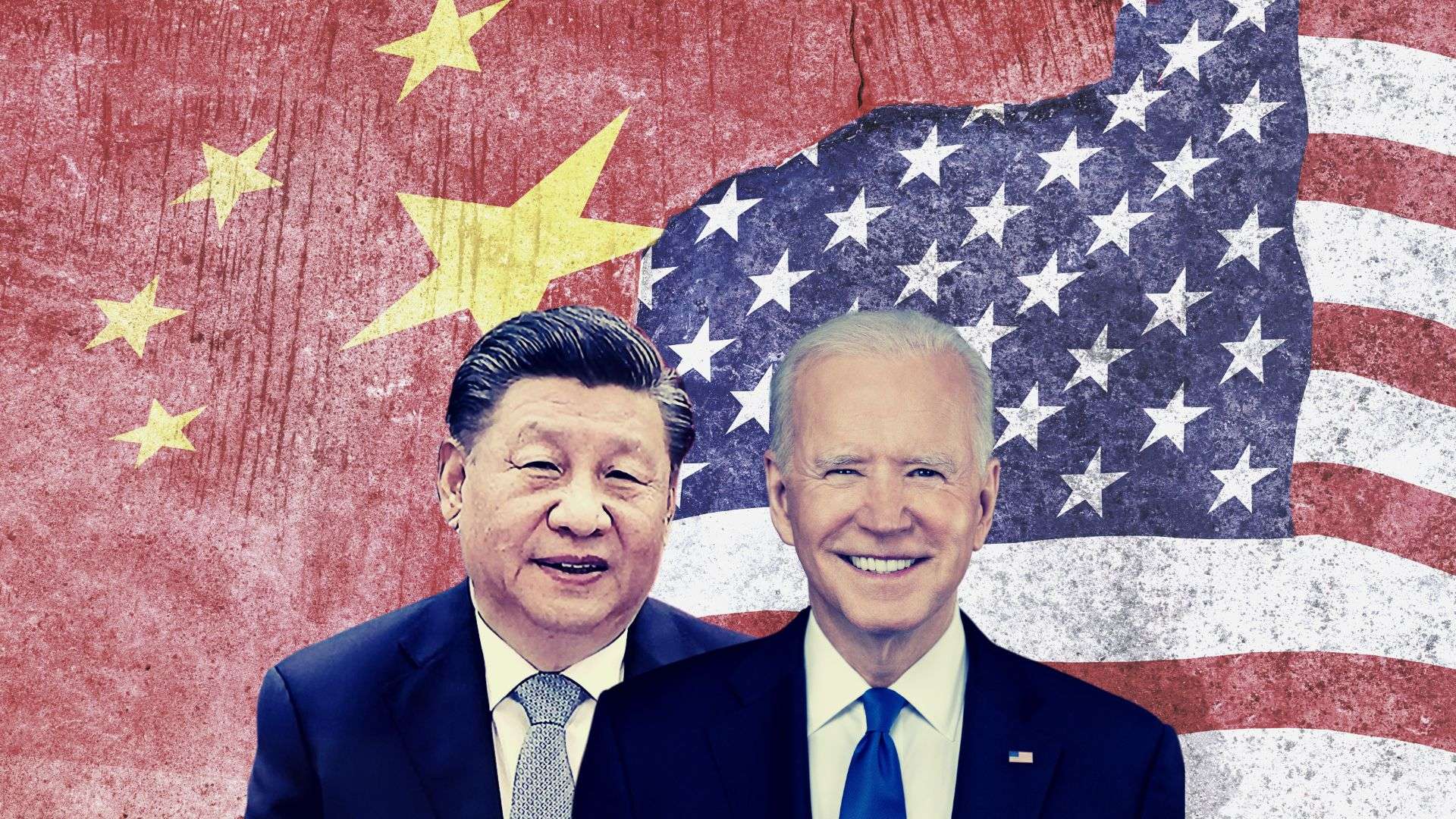 Great power competition has tilted in favor of the U.S. as China's economy and global image have been damaged. (Image Credit: White House and Russian Presidency)

At the start of 2022, China’s economy appeared strong, Beijing seemed to have contained the spread of COVID-19, Sino–Russian relations were deepening and there was growing talk of autocracies stealing the march on democracies across the world. China’s leaders were proclaiming that ‘time and momentum’ were on China’s side in its great power competition with the United States.

Meanwhile, the United States was mired in partisan paralysis, with President Joe Biden’s ‘Build Back Better’ agenda seemingly stuck. Washington was reeling from the reputational damage of the United States’ chaotic withdrawal from Afghanistan. Within Asia, talk was growing louder of China dominating the 21st century.

A year later, the script reads differently. China’s economy has turned sluggish, pulled down by expanding state intervention in the economy, waves of COVID-related lockdowns, a property sector slowdown, and softening international demand for Chinese exports. Beijing’s messy exit from its zero-COVID policy has exacerbated domestic stressors. Even as China remains the largest trading partner for most of the world, its economic luster has dimmed amid declining economic growth.

China’s international image in most of the developed world has also suffered. Part of this owes to China’s rhetorical support for Russia amid Moscow’s barbarism in Ukraine. China’s plummeting image is also attributable to its hardening authoritarianism at home, its nationalistic ‘wolf warrior’ diplomacy, and its growing military activity along its periphery, including in the waters and airspace around Taiwan.

By comparison, Biden’s political position has strengthened. At home, the Biden administration secured passage of the bipartisan Infrastructure Investment and Jobs Act, the CHIPS and Science Act, and the Inflation Reduction Act, which together add up to over $1 trillion in government spending. Though elements of these investments favoring domestic manufacturing have generated friction with U.S. trading partners, they represent a generational investment in US innovation. Technology companies such as Taiwan Semiconductor Manufacturing Company, Samsung, Micron, SK Hynix, Intel, and IBM announced investments in semiconductor production in the United States exceeding US$100 billion.

The United States also strengthened its position abroad. Transatlantic unity deepened under the stress of the joint response to Russia’s invasion of Ukraine. Coordination strengthened in other purpose-driven groupings, such as the Quad and AUKUS. The G7 bolstered its relevance as its members acted with greater cohesion on global challenges, including financing Indonesia and Vietnam’s clean energy transitions. U.S.–ASEAN ties were elevated to a comprehensive strategic partnership. The United States’ relationships with Pacific Island countries also advanced, including through the release of the White House’s Pacific Partnership Strategy.

Looking ahead, several potential flashpoints will require careful management in 2023, including North Korea’s nuclear program, China–India border flareups, and rising tensions in the Taiwan Strait. A key question will be whether the United States’ progress and China’s relative setbacks over the past year create conditions conducive for Washington and Beijing to lower the temperature of bilateral relations.

Biden will face domestic political pressure to maintain an unyielding posture on China. China’s President Xi Jinping, similarly, is unlikely to relent on issues that are aggravating tensions. Still, from a strategic standpoint, the United States’ global partners would welcome efforts by Washington to cool tensions, even if they do not yield reciprocal actions from Beijing.

U.S. officials are receiving consistent demands from foreign counterparts to responsibly manage competition with China. Many countries around the world are more focused on addressing proximate challenges, such as rising sea levels and mounting debt, than they are on great power competition. They want to see the United States galvanize global efforts to tackle common challenges rather than grow fixated on tit-for-tat games with China.

The Biden administration entered office believing it needed to invest at home and deepen relations with partners to put the United States in a ‘situation of strength’ to deal directly with China. Now that it has made historic investments in US innovation and strengthened bonds with global partners, a key question is whether the Biden administration will address differences directly with China.

The United States will host the Asia-Pacific Economic Cooperation forum’s economic leaders meeting in San Francisco in November 2023. President Xi will likely use his participation in the summit as an occasion to make an accompanying visit to the United States.

If this visit materializes, it will shed light on central questions for the year ahead — will the United States and China enhance their capacity to manage points of contention and control the risk of escalation? Will they figure out how to act in mutual self-interest by pooling capabilities toward addressing common challenges such as climate change, macroeconomic stabilization, and public health? Or will their differences define the limits of the possible for addressing regional and global challenges?

In this article:China, Featured, United States

Written By Ryan Hass
Ryan Hass is a senior fellow and the Michael H Armacost Chair and the Chen-Fu and Cecilia Yen Koo Chair in the Foreign Policy program at the Brookings Institution.