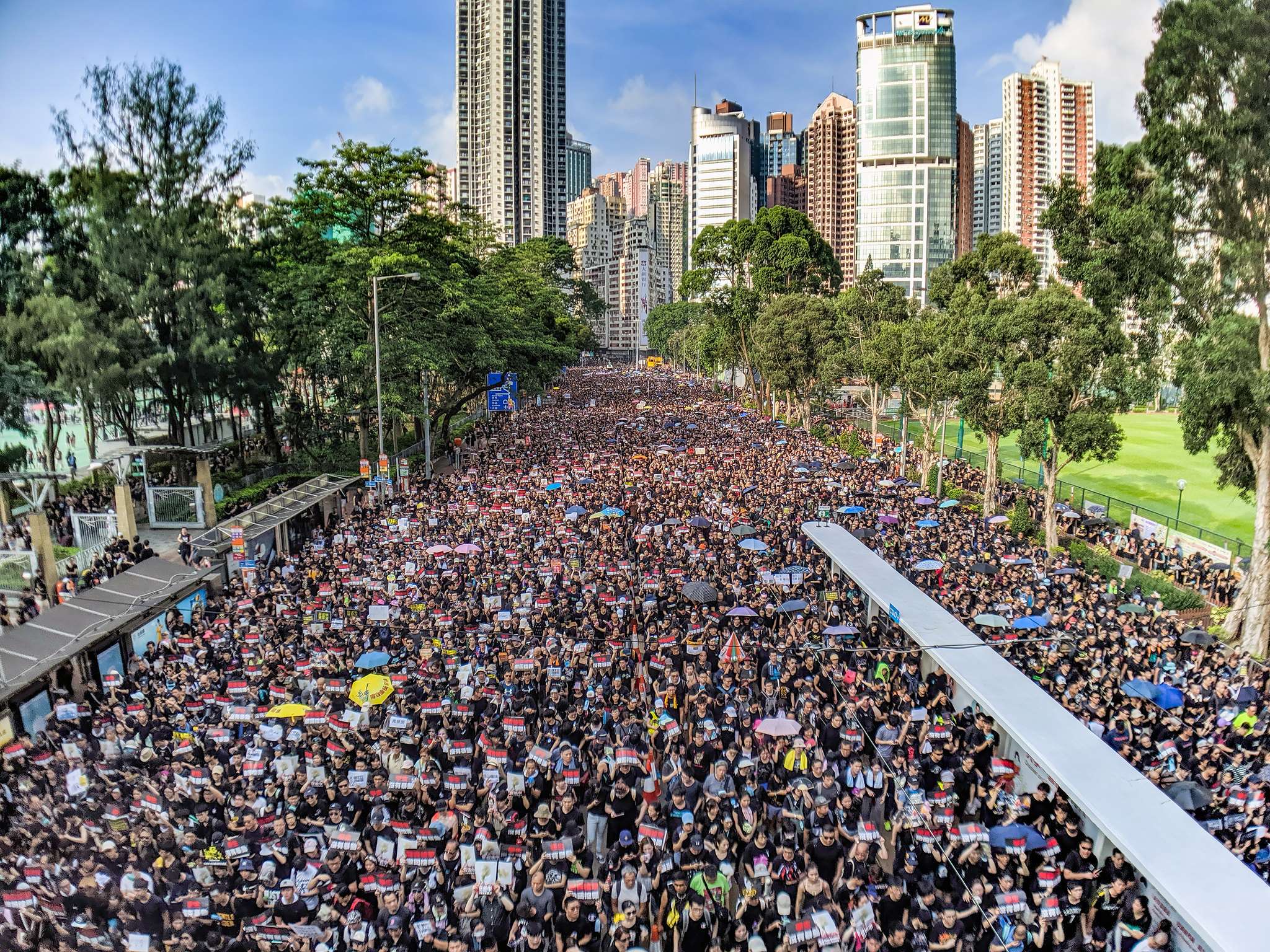 Protest movements are resurgent across the world.

Protest is back on the front burner.

Protesters occupy streets in cities ranging from Hong Kong and Moscow to Khartoum and Algiers. They would likely do so in Srinagar, the capital of Indian-controlled Kashmir, were it not for unprecedented pre-emptive security measures.

When protest is not on the streets, it is embedded in culture wars wracking countries like the United States, Germany, and India that stem from the struggle between liberals and mainstream conservatives on one side of the divide and civilizationalists, populists, extreme nationalists and far-right wingers on the other.

A clamor for transparent, accountable rule that delivers public goods and services is at the core of the protests even if some are framed as battles for environmental and economic issues and against corruption rather than democracy or in terms of nationalism, civilizationalism, racism, and opposition to migration.

The sparks of the protests differ from country to country. So does the political environment. And the stakes at various stages of the game vary.

In Algeria and Sudan, it’s about an end to corrupt autocracy and more inclusive rule. In Kashmir, the rub is the imposition of direct Indian rule and failure to ensure that the region benefits equitably from economic growth.

In Russia, deteriorating standards of living and environmental degradation are drivers while a younger generation in Hong Kong rejects Chinese encroachment in advance of incorporation into a totalitarian system.

The different drivers notwithstanding, the protests and the rise of civilizationalism, populism, and racial and religious supremacism, aided by fearmongering by ideologues and opportunistic politicians, are two sides of the same coin: a global collapse of confidence in incumbent systems and leadership that initially manifested itself in 2011 with the Arab revolts and Occupy Wall Street.

“The Arab Spring was a warning bell; the fact that it was bloodily crushed does not mean it will not come back in another form,” said former Italian and United Nations diplomat Marco Carnelos.

It already has with the fall of Sudanese autocrat Omar al-Bashir, who is currently standing trial on corruption charges, and Algerian strongman Abdulaziz Bouteflika, whose associates face corruption proceedings.

Developments in the two African nations notwithstanding, protesters have so far won major battles but have yet to win the war.

Perhaps their most important victory has been the ability not only in Africa but also elsewhere like in Hong Kong to sustain their protests over substantial periods of time.

In maintaining their resilience, protesters were aided in Africa and Hong Kong by governments’ realization, despite the occasional use of force in Khartoum and Hong Kong, that brutal repression would at best provide a short-term, costly solution.

Even Russia, despite more frequent use of police violence, has not attempted to squash protests completely and on several occasions caved in to protester demands.

The various experiences suggest that the political struggles underlying the protests are long rather than short-term battles involving lessons learned from this decade’s earlier protests. The protests go through stages that at each turn of the road determine the next phase.

The struggles in Sudan and Algeria have developed into battles for dominance of the transition following the toppling of an autocrat.

In Sudan, the struggle has shifted from the street to the board rooms of power shared between the military and political forces with external forces like Saudi Arabia and the United Arab Emirates seeking to shape the outcome in the background.

A Bellingcat investigation suggested that weapons used by Sudan’s Rapid Support Force (RSF), the successor organization to the Janjaweed that has been accused of war crimes in Sudan, were bought by Saudi Arabia in Serbia.

The RSF is believed to be responsible for the deaths in June of some 120 protesters. Algeria is one step behind Sudan with the military and protesters still seeking to agree on a mutually acceptable transition process.

In Hong Kong, China has sought to avoid direct intervention. However, its use of proxies,  bullying of corporates and the business community, pressure on the Hong Kong government to resolve the issue without major concessions and attempts to play protesters on the basis of divide and rule has so far failed to produce results.

In contrast to Sudan, Algeria, and Hong Kong, Russia has equally unsuccessfully sought to stifle protests with violence and repression.

“There is the desire to show strength in Moscow, but this will not stop the protest movement unless they start imprisoning people for 15 years. This will continue in a certain form, but whether it will change the country, no, not yet. It will keep the flame alive,” said political analyst Konstantin von Eggert.

Mr. Von Eggert’s analysis is equally valid for centers of protest elsewhere. The 2011 Arab revolts or Arab Spring and what analysts have called the Arab Winter were neither.

They were early phases of a messy process in which grievances are reflected as much in street protests as they are in support for civilizational, nationalist and populist leaders who have either failed to produce alternative workable solutions or are likely to do so.

Ultimately, the solution lies in policies that are politically, economically and socially inclusive. So far, that kind of an approach is the exception to the rule, which means that protest is likely to remain on the front burner and a fixture of the times.