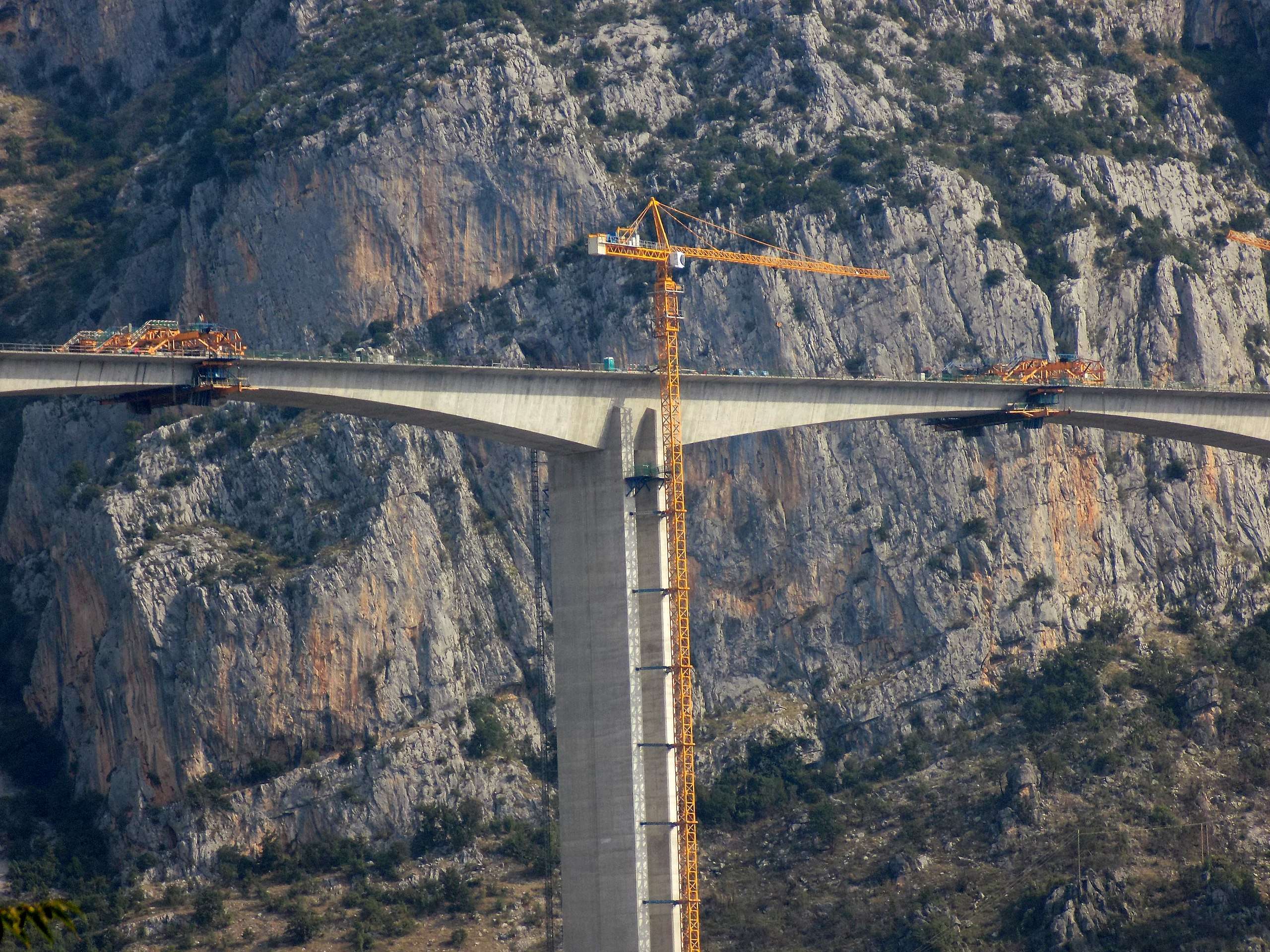 An image of the Moracica Bridge being constructed by the China Road and Bridge Corporation in Montenegro. (Image Credit: Milica Buha/Wikimedia Commons)

Through its “Going Global” strategy and Belt and Road Initiative, China has emerged as the world’s largest official creditor, filling a void in the development financing market for low-income and middle-income countries, where, according to the U.S. government, the cost of necessary future infrastructure development exceeds $40 trillion.

Developing countries need the physical and digital infrastructure — including roads, pipelines, and optic fiber networks — to transport people, goods, and information to grow their economies and improve the lives of their citizens.

For many countries, especially those with high credit risk, China is now the lender of first resort. According to AidData, a research lab hosted at William & Mary, China’s annual international development finance commitments exceed those of “the U.S. and other major powers on a 2-to-1 basis or more.”

The surge in China’s overseas aid, financing, and investment has triggered accusations of “debt-trap diplomacy.” China’s critics allege that it aims to saddle developing countries in loans, forcing them to make strategic concessions — like giving long-term access to a commercial port that may have military value — in exchange for debt restructuring or forgiveness.

There is little public evidence indicating that Beijing has a grand “debt-trap” strategy. In reality, the BRI has become so vast in scale and, in many ways, incoherent. And this is because the drivers of Chinese overseas development financing are many.

There are an array of domestic push factors driving Chinese overseas development financing. These include Beijing’s objectives of exporting the excess capacity of its bloated state-owned contractors, like the China Road and Bridge Corporation, and showcasing its soft power. And there are, of course, pull factors: developing countries pursue financing from China when other avenues are closed, such as when they are sanctioned by the United States and other Western powers.

For example, through the China-Pakistan Economic Corridor or CPEC, Pakistan obtained Chinese financing for coal power projects other lenders would not touch. In 2021, according to the Green Finance & Development Center, Iraq emerged as the top recipient of Chinese financing through the BRI, totaling $10.5 billion, partly because of the absence of upfront conditionality.

Beijing’s motivations for financing oil-rich Iraq may be different from strategic partner and neighbor Pakistan. But, in the end, power is power

Creditors like China, of course, are exposed to risk through lending — chief among them, the inability of the borrower to repay. But for Beijing, borrower duress can also provide an opportunity and serve as a form of leverage. And, in contrast to the other major development financiers, China relies much more heavily on loans, including those that are on commercial terms. According to AidData, the ratio of Chinese loans to grants in its development financing from 2000 to 2017 was 31 to 1. Commercial lending, or other official flows (OOF), was nine times greater than traditional foreign aid, known as official development assistance or ODA.

Which Country Owes the Most Money to China?

Venezuela is the country with the greatest sovereign debt exposure to China, in terms of direct lending (excluding portfolio holdings), according to AidData’s 2021 study, totaling $74.7 billion. Angola comes in next ($39.9 billion), followed by Pakistan ($24.4 billion), Ethiopia ($10.9 billion), and Sri Lanka ($10.4 billion).

But these and other recipients of Chinese financing are all economies of varying sizes. In general, the larger the economy, the more debt a country is capable of taking on. So a more valuable metric for the countries that have exposed themselves to the greatest risk in borrowing from China is the debt-to-GDP ratio, which represents the amount of debt in proportion to economic output (a measurement of the size of the economy).

Chinese overseas lending practices are notoriously opaque. This lack of transparency is often built into contracts. Beijing muscles weaker parties into agreeing to non-disclosure agreements. As a result, the terms and even the scale of Beijing’s lending are often obscured.

Both the AidData study as well as research by scholars at the Kiel Institute in Germany also point toward “hidden debt” in the hundreds of billions of dollars owed to China. A 2021 study by the China Africa Research Initiative at Johns Hopkins University estimated that Zambia’s actual debt to Chinese lenders is double the amount reported by the country’s previous government.

The Countries That Owe the Most Debt to China

These are the countries that owe the most debt to China through direct loans, in terms of debt-to-GDP ratio, according to AidData: