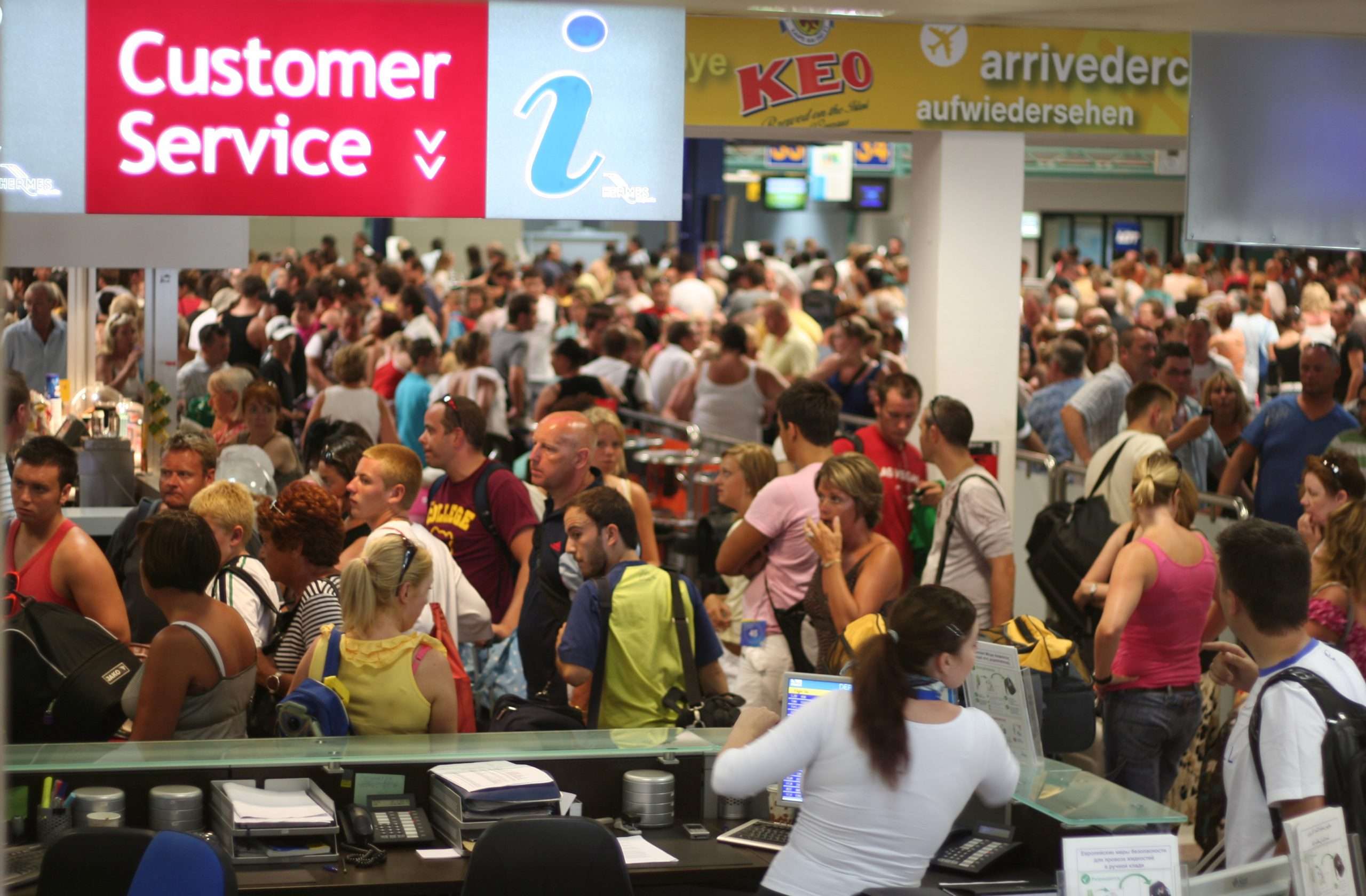 Here’s Why Flights Are Being Cancelled This Summer

Flight cancellations are rising due to a host of causes, including staffing shortages. (Image Credit: Mark Hodson/www.101holidays.co.uk)

Global travel is returning to pre-pandemic levels as the world learns to live with COVID, but travelers looking for a summer escape are facing long check-in lines, lost luggage, and cancelled flights.

Thousands of U.S. flights were cancelled or delayed this weekend alone.

The chaos at international terminals has been so bad that London’s Heathrow Airport announced last month a limit of 100,000 departing passengers until September 11. It also demanded that airline carriers cease selling additional tickets this summer.

The Dubai-based Emirates airline lashed out against Heathrow, calling its plans nothing short of “airmageddon.” Delta was forced in July to fly a plane from Heathrow to Detroit with a thousand pieces of backlogged luggage and no passengers. The trouble extends beyond Heathrow. Some American travelers who’ve departed from Paris’s de Gaulle Airport waited over two weeks to get their luggage.

So what’s behind the mess at airports in Europe and elsewhere? And when can travelers expect things to get better?

Why Are So Many Flights Being Cancelled?

Simply put, demand for air travel is exceeding the capacity of airlines and airports to handle passengers, luggage, and flights. Flight volume hasn’t quite reached pre-pandemic levels, but it’s getting there.

The lifting of coronavirus testing requirements by the United States and other countries has also contributed to a surge in air travel demand since May, just as the summer vacation season was about to begin. This May, European carriers’ traffic rose by a whopping 412.3 percent compared to May 2021, according to the International Air Transport Association.

But Airlines Are Facing Staffing Shortages

When COVID shut down international travel, airlines, airports, and contractors cut staff. Many air travel industry workers, feeling underpaid and overworked, also joined the ranks of the Great Resignation. While the industry has begun rehiring workers, it takes time to retrain them and conduct background checks.

Staffing levels at Heathrow are now only at 70 percent of pre-pandemic levels. Worker shortages in Germany are so severe that it is hiring temporary workers from Turkey.

Inflation, too, is indirectly impacting the aviation industry. Employees of Paris’s Charles de Gaulle airport operator went on strike in June, demanding pay raises commensurate with the rise in inflation. The strike has since come to an end as the airport operator and labor unions agreed on a 3 percent pay raise. But a technical glitch at the de Gaulle airport amid the labor shortage caused baggage delays.

When Will Air Travel Get Better?

Airport disruptions aren’t going away any time soon. Travelers should consider frequent flight cancellations and delays as our new normal for some time. Lufthansa says it does not anticipate a return to normal flight operations until 2023.

Airports With the Most Delays

These are the major international airports with the worst on-time records in July 2022, according to OAG:

In this article:Economy, Featured, Travel