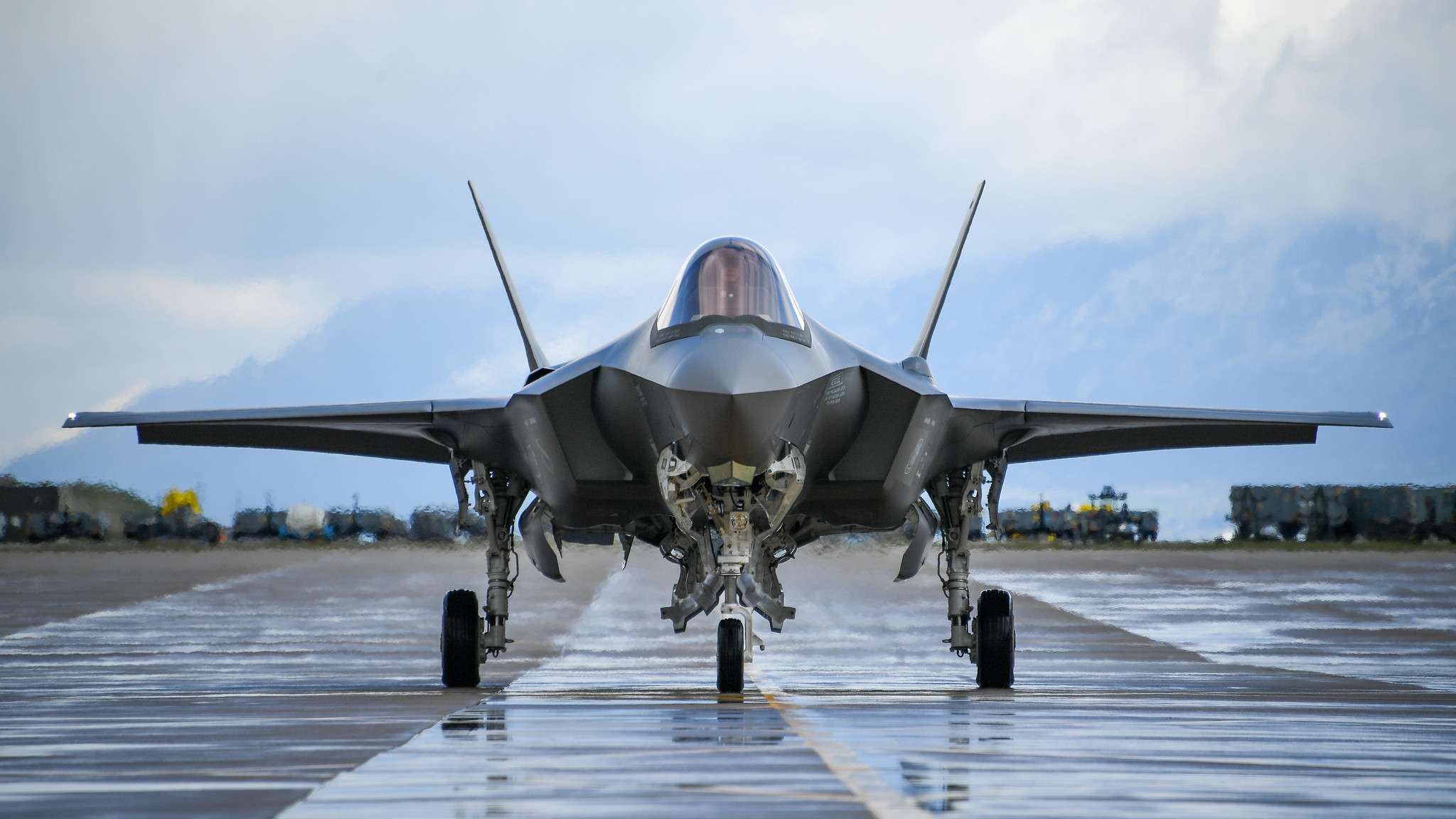 A Lockheed Martin F-35A Lightning II taxis during a combat exercise at Hill Air Force Base in Utah on May 1, 2019. (Image Credit: Robert Sullivan via Flickr)

Global conflict seems to be soaring, but arms exports in recent years have remained flat after a two-decade surge. Cumulative arms exports peaked at $31.8 billion in 2017, representing a 78% jump from $17.8 billion in 2002, according to the Stockholm International Peace Research Institute (SIPRI).

In 2020, arms transfers worldwide totaled $22.8 billion as per SIPRI’s estimates. This substantial dip from the 2017 peak reflects a multi-year decline accelerated by the COVID-19 pandemic and its devastating economic impact, which has forced governments to curtail defense spending.

America is the World’s Top Exporter of Weapons

The United States is the world’s top exporter of arms — and by a wide margin. In 2020, the United States exported around $9.4 billion in weapons, according to SIPRI — a whopping 40% of all arms exported worldwide that year. The top recipient of U.S. weapons is Saudi Arabia, which purchased over $2 billion in U.S. arms, nearly a quarter of all U.S. arms exports in 2020. Two other Gulf Arab states, Qatar ($300 million) and the United Arab Emirates ($149 million), also rank among the top recipients of U.S. weapons in 2020.

Russia Arms Exports: Down But Not Out

Russia remains the world’s second-largest exporter of arms, accounting for around 20 percent of all arms exports in 2020. But arms transfers from Moscow declined from 2016 to 2020 by approximately 22 percent. U.S. sanctions — especially those imposed through the Countering America’s Adversaries Through Sanctions Act or CAATSA — seem to be working. In fact, a study by RAND argues that several prospective buyers of Russian arms have opted not to go forward with purchases from Moscow due to the “chilling effect of possible sanctions.” Over this period, Indian imports of Russian arms fell by 53 percent, according to SIPRI.

But the decline in Indian imports of Russian arms is only part of the story. Washington has been inconsistent in applying CAATSA. For example, it booted NATO ally Turkey from the F-35 program and sanctioned Ankara after it purchased the S-400 surface-to-air missile system from Moscow. Meanwhile, India has begun to deploy the S-400 and goes unpunished. New Delhi is also acquiring nuclear-powered submarines and frigates from Moscow to bolster its naval defense.

Russia’s exports of weapons to China and Egypt are also on the rise.

Despite U.S. and Russian dominance of the global arms trade, the past decade has seen dramatic growth in the rise of second-tier and niche arms exporters, including France — certainly no newcomer to the industry — as well as Spain, South Korea, and Turkey.

For the first time ever, France eclipsed Russia in 2020 as India’s largest source of arms. India, driven by its rivalries with China and Pakistan and growing Hindu nationalism, was the world’s largest importer of arms in 2020. Foreign acquisitions continue to make up around or above 40% of India’s defense acquisitions even after the announcement of Prime Minister Narendra Modi’s signature ”Make in India” program in 2014.

From 2010 to 2019, Turkey’s arms exports more than tripled to $240 million, before dropping to $141 million in 2020. Turkey’s drones proved to be game changers in Azerbaijan’s decisive victory in its war in 2020 with Armenia over the Nagorno-Karabakh region. Turkey has also supplied Ukraine with long-range Bayraktar TB2 combat drones. In February 2022, Ankara agreed to provide additional long-range drones to Kyiv amid growing fears of a Russian invasion.

These are the world’s top twenty arms exporting countries in 2020, according to the Stockholm International Peace Research Institute.

In this article:Featured, Lists