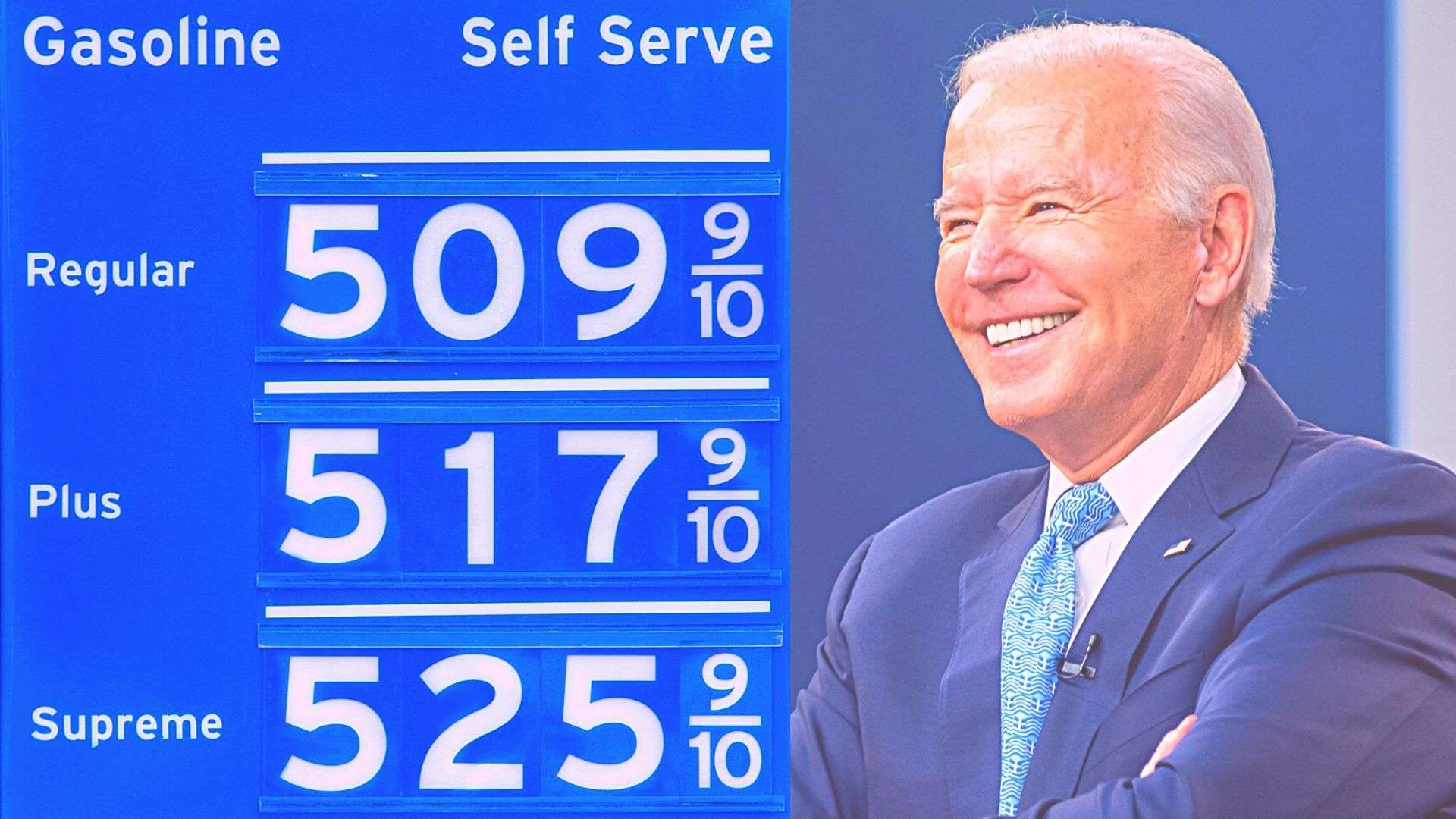 Gas prices and inflation have surged since President Joe Biden took office in 2021.

The midterm elections are eight months away, but record-breaking gas prices should cause worry for President Joe Biden and the Democrats. On Tuesday — just as Biden announced a ban on the import of Russian petroleum, natural gas, and coal — gas prices in the United States hit a record high in nominal terms.

On March 8, 2022, the national average price of regular gas at the pump was $4.173 per gallon, according to the American Automobile Association or AAA — the highest ever recorded by the organization. While these figures aren’t adjusted for inflation, the sticker shock will still have an impact on Biden’s approval rating and the Democrats’ odds of retaining the House in this November’s midterm elections.

Gas prices are rising fast under Biden alongside a surge in inflation.

The average price of regular gas on January 18, 2021 — i.e. the week of Biden’s inauguration — was $2.379 per gallon, according to the U.S. Energy Information Administration. This week, it rose to $4.102 per gallon — a penny short of the record high in July 2008, just before the Great Recession. Under Biden, the price of gas has grown by more than 70 percent. (Note the EIA’s figures differ slightly from those of the AAA.)

House Republicans are quick to blame the president and remind voters of “how cheap gas was during the Trump Administration.”

But is Biden really to blame for the high price of gas in the United States?

The Biden administration announced the release of strategic petroleum reserves in November. And U.S. oil production has risen since Biden took office last January, remaining near the record high output in the Trump administration just before COVID hit.

It’s worth noting that the biggest driver of the decline in the price of gas in the Trump administration was the COVID pandemic and the recession that followed. With much of the world under lockdowns, demand plummeted, contributing to an oversupply in the market. So yes, the price of gas was low, but its cause was a catastrophic pandemic and recession.

And while U.S. shale oil and gas production surged under Trump, its rise began under President Barack Obama. Today, America is the world’s largest producer of oil.

Gas prices are rising because of global conflict and uncertainty and demand being outpaced by supply. Saudi Arabia, other OPEC members, and Russia have resisted pressure to increase output after they cut production in April 2020. and rising demand — leading to an overheating global economy.

So what is the political impact of rising gas prices?

The average American spends roughly five percent of his or her income on gasoline. So one could argue that the real impact of rising gas prices is hyped by the media and politicians.

But high gas prices feed into the economic anxiety of ordinary Americans. They are displayed prominently along streets and highways, serving as a daily reminder of global economic conditions. Many are aware that high gas prices generally signal an overheating economy and lead to recessions. So the public not only views rising gas prices as a constraint on their pocketbooks, but also potentially a sign of an impending economic downturn. And who does the public hold responsible for all this? The president, of course.

One study that examined public opinion polls from 1976 to 2007 concluded that gas prices “had a significant and negative effect on change in [presidential] approval.” It assessed that an increase in gas prices by 10 cents resulted in a decline in the presidential approval rating by .60 of a percentage point.

Now, while Biden and the Democrats — like anyone in power at the time — might blame the reaction to media hype, these scholars say that this “effect is independent of the volume of news media coverage of gas prices.”

Inflation has taken a toll on Biden’s approval rating, which fell to 39% at the end of February. The president isn’t up for election until more than two years from now. But it’s the House Democrats who might end up paying the price for soaring gas prices and inflation this November.