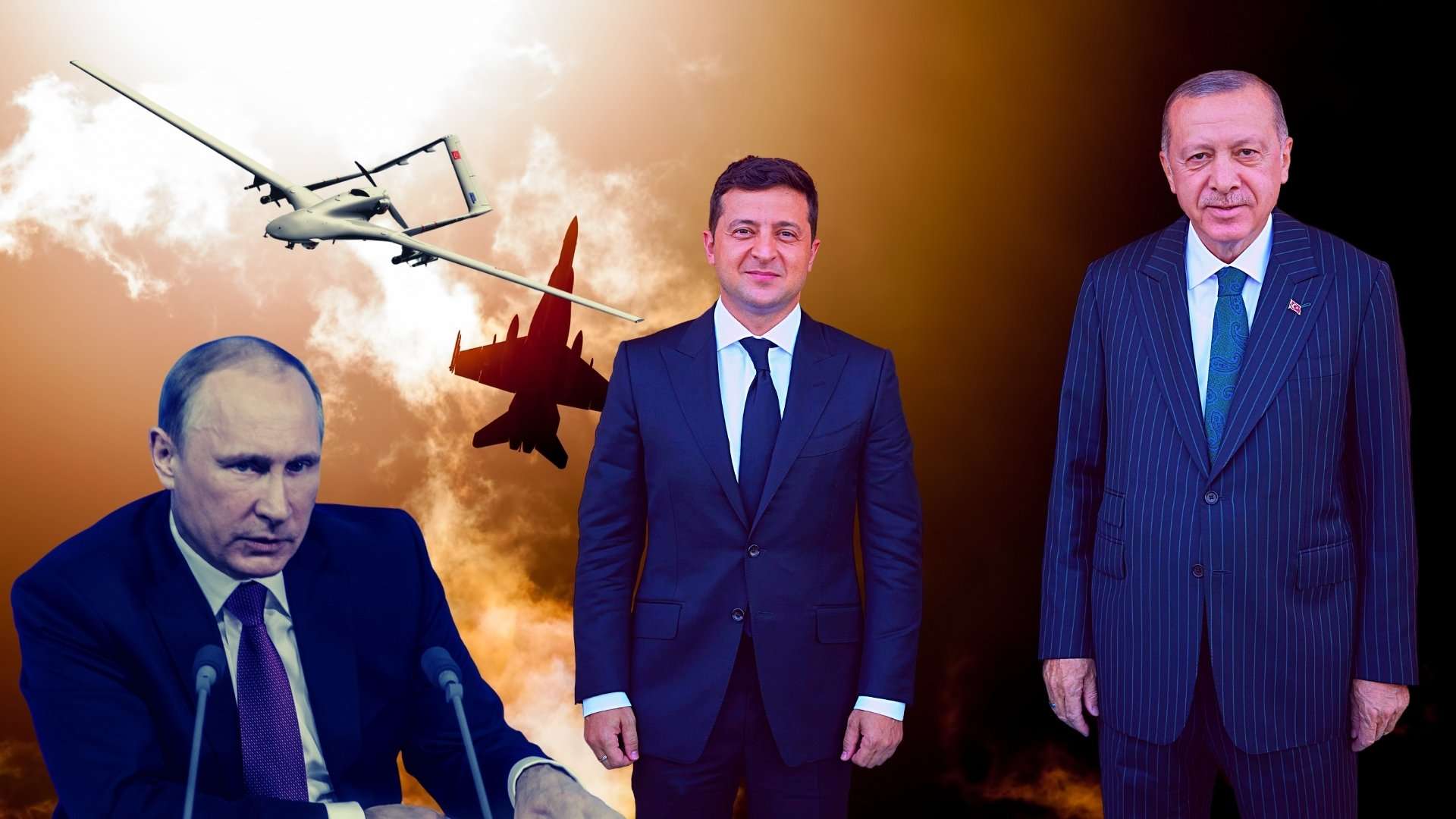 The Bayraktar TB2 drones provided by Turkey to Ukraine have proved to be game-changers in combatting the Russian invasion.

The recent visuals of the Turkish-manufactured Bayraktar TB2 drones striking Russian forces in Ukraine were perhaps unimaginable even a decade ago.

The technology for armed drones — known in the industry as unmanned combat aerial vehicles or UCAVs — had already begun to proliferate, but was still largely associated with America’s war on terror in countries like Afghanistan, Pakistan, and Yemen.

Today, the military drone industry is booming. Over three dozen countries currently operate armed drones, according to New America, a think tank in Washington, DC. And the military drone market is projected to double to over $26 billion by 2028.

Turkey — one of the world’s top twenty arms exporters — is fast emerging as a major player in this rapidly growing military industry.

In the past two years, the Bayraktar TB2 UCAV — manufactured by the Turkish defense company Baykar — and other Turkish drones have been making a big impact across three continents.

In March 2020, in response to the killing of over 30 Turkish soldiers, Turkish armed drones — including the Bayraktar TB2 and the ANKA-S manufactured by Turkish Aerospace Industries or TAI — blitzed Syrian regime forces in Idlib.

Months later, Turkish drones also helped ensure the survival of the internationally-recognized government in Libya. And they were vital in Azerbaijan’s victory over Armenia in the war over the Nagorno-Karabakh region in the fall of 2020.

Bayraktar, the CEO of Baykar, said last year that his company has sold or transferred its drones to thirteen countries. Drones make up a growing chunk of Turkey’s arms exports, which tripled from 2010 to 2019, reaching $240 million.

The boom in Turkey’s armed drone exports is driven by a number of factors, including affordability and availability. A Bayraktar TB2 unit costs around $5-10 million compared to over $100 million for a U.S. MQ-9 or Reaper unit. In addition to being costly, U.S. drones are also subject to strict export controls. And as the aforementioned, high-profile deployments attest, Turkish drones are also battle-tested.

The Bayraktar TB2 Drone Is Making an Impact in Ukraine

The war in Ukraine is the latest theater in which Turkish drones are proving their worth.

The Ukrainian military first deployed a Bayraktar TB2 drone in October 2021, striking Russian-backed separatists in the Donbass region and angering Moscow. But experts assumed that Turkish drones would serve little purpose against a major conventional military power like Russia. They have since been proven wrong.

On February 27, the Ukrainian military claimed that it deployed a TB2 in a strike on Russia’s air defense, successfully destroying a Russian Buk-M1 surface-to-air missile. The Bayraktar TB2 has also been used to destroy Russian military columns in Kherson.

Indeed, Lieutenant General Mykola Oleschuk, the chief of the Ukrainian Air Force, described the TB2 drones as “life-giving.” On its official Facebook page, the Ukrainian Army even shared a song, “Bayraktar,” hailing the Turkish drone for making “Russian bandits into ghosts.”

Ukraine’s acquisition of Turkish drones dates back to 2019. There have been multiple repurchases since then as tensions with Russia intensified last year.

As prospects for a Russian invasion grew, Ukraine increased its outreach to Turkey. In November, Gen. Valery Zaluzhny, the commander-in-chief of the Ukrainian Armed Forces, met with Baykar chief executive officer Haluk Bayraktar to discuss the “creation of a permanent working group” on drones. This January, Ukrainian Deputy Defense Minister Anna Malyar stated that Turkey and Ukraine signed agreements on the transfer of technology and co-production of anti-submarine corvettes and Bayraktar TB2 drones.

Which Countries Have Purchased Turkish Drones?