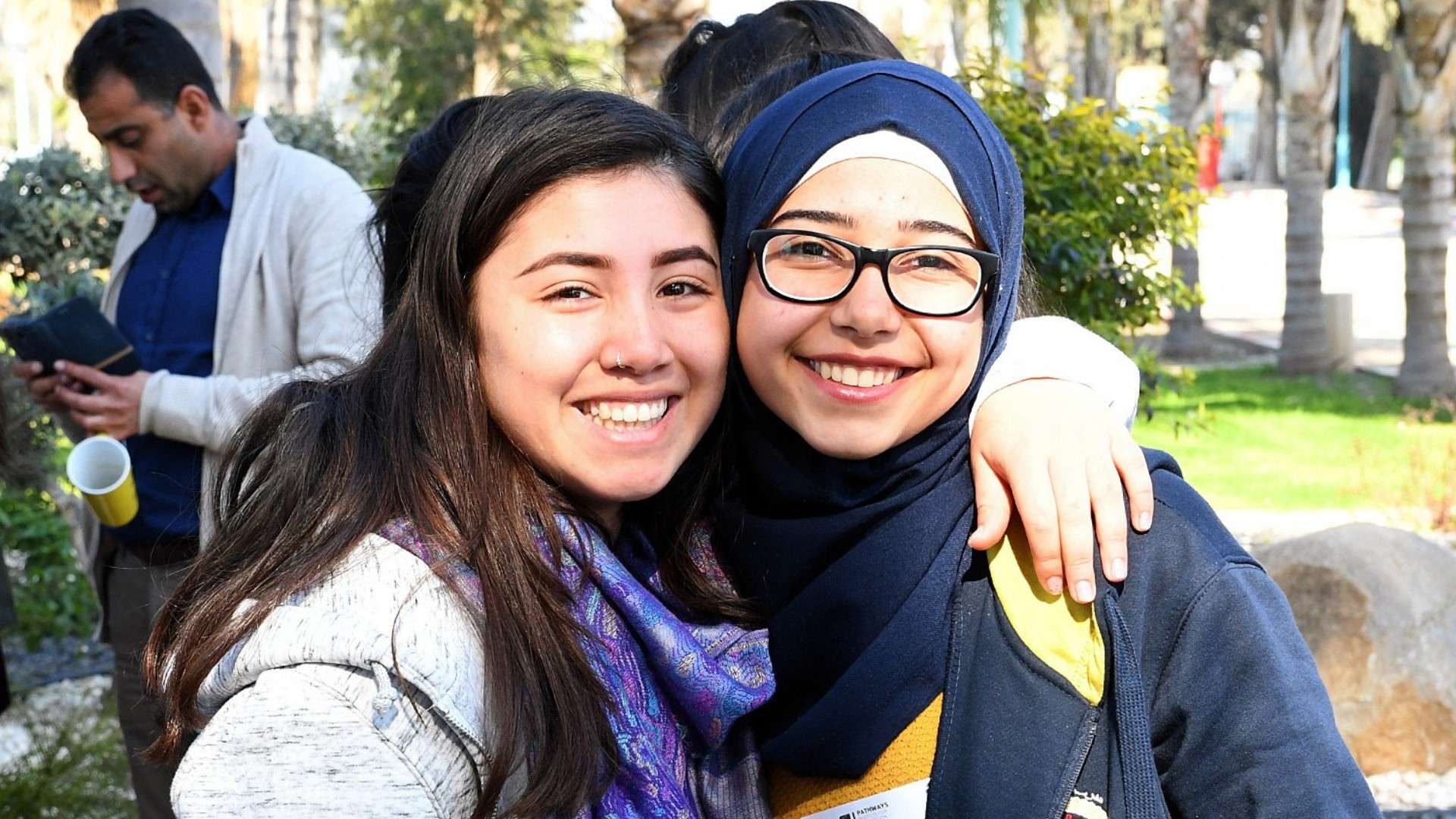 Growing cooperation between American Jews and Muslims is in part a product of their physical proximity as people who live in the same areas and go to the same schools. (Image Credit: State Department)

Among the many surprises in this year’s World Cup in Qatar has been the outpouring of support for Palestine by fans and players alike.

Visuals of Arab spectators at the games waving Palestinian flags and refusing to speak with Israeli journalists pour cold water on the hopes of some that the Abraham Accords signed between Israel and a number of Arab states in 2020 herald a new era in Jewish-Muslim relations. The agreements, it is clear, are just an alignment of states, not of peoples.

But for those desiring better relations between Jews and Muslims, there are encouraging developments taking place in the United States. The two communities have been forging groundbreaking partnerships since the rise of Donald Trump, disproving the trope that Jews and Muslims are intractable foes.

When Trump imposed his so-called Muslim ban in 2017, its most vocal opponents included the Hebrew Immigrant Aid Society and Jews for Racial & Economic Justice. Rabbis protested against the travel ban, even facing arrest, and the HIAS filed an amicus brief challenging the ban’s constitutionality.

The advocacy of the HIAS is particularly poignant. The organization was founded in the late 19th century to aid Jews fleeing persecution in Russia. Today, the HIAS serves refugees from all backgrounds, especially those from Muslim countries like Afghanistan, Somalia, and Syria. Its opposition to Trump’s travel ban reflects the memory of a previous era of anti-immigrant sentiment, when strict quotas were imposed in 1924 to severely limit inflows of Jewish and other “undesirable” immigrants. Those restrictions would prove to be calamitous given the Holocaust that unfolded in the next decade.

More broadly, the Jews and Muslims of America are bound today by a growing embrace of progressive politics, particularly among their millennial and Gen Z cohorts. Both communities overwhelmingly support the Democratic Party, especially its progressive wing, inspired in part by their faiths’ social justice ethics.

That common language of social justice is why during the 2020 U.S. Democratic primaries, the most preferred candidate among American Muslims was a Jewish man, Bernie Sanders. Notably, his campaign manager, Faiz Shakir, was a Pakistani American Muslim. The succession of Brad Lander, a Jewish American, by his former staffer Shahana Hanif, a Bangladeshi American Muslim woman, to represent Brooklyn’s uber-progressive city council district 39 this year, is another example of Jewish-Muslim political kinship. (In New York City, Muslims are bucking the trend of a rightward turn among Asian immigrant voters.)

As American Jews vocally stand up against Islamophobia, American Muslims are also visibly opposing anti-Semitism. Since 2010, American Muslim leaders have visited the Auschwitz concentration camp to help ensure that the memory of the six million Jews murdered by the Nazis will not be forgotten.

Earlier this year, after a synagogue in Texas was attacked by a British Muslim extremist with mental health issues, the city council of Hamtramck, Michigan — all of whom happen to be Muslim — unanimously passed a resolution condemning anti-Semitism.

To be sure, there are bigots among both communities. And the Israeli-Palestinian dispute remains a sore point in relations between Jews and Muslims, though the gap on this issue is being bridged by progressive politics.

Jews, Muslims and the American Experiment

Nonetheless, a new era in the history of Jewish-Muslim relations is being born in America. And it is the result of the immediacy of their experiences as Americans and as citizens in a free society.

American Jews and Muslims often live in the same areas, go to the same schools, and worship in close proximity — sometimes in the same spaces. For example, a major Muslim community center in northern Virginia offers Friday prayer services at a space rented from a conservative synagogue.

To strengthen bridges between their communities, American Jews and Muslims have no need to travel across oceans on trips paid for by foreign governments. American Jewish and Muslim partnerships are being forged at home, at the grassroots, driven by shared experiences and common values.

As American Jews and Muslims write a new chapter in the history of their peoples, there is much that can be learned from the past. A common trope posits Jewish-Muslim relations as an ancient, intractable feud. But when newly-prosperous Jews in central Europe and the United States built their synagogues — like New York’s Central Synagogue and Eldridge Street Synagogue — they embraced Islamic architectural styles to identify themselves with the Muslim world. For some Jews, “Moorish” architecture also reflected the era of Islamic Spain, which was seen as an idyllic period of coexistence between Jews and Muslims.

While progressive politics unite American Jews and Muslims today, its secularizing force is driving Orthodox Jews and Muslim traditionalists further to the political right. Given the peculiarity of American politics, one could see these two sub-communities align politically in the future.

That common defense of traditionalism would, paradoxically, reflect the creative destruction inherent to the American experiment. The openness of American society allows communities to break with the past and produce political alliances many would have never imagined.

As they say, “Only in America.”